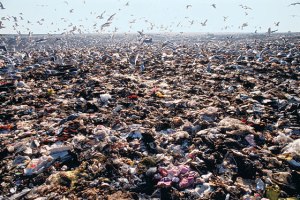 “Dear Courts: We intend this mess to be a big, perfect, beautiful palace. Please let us know when its finished.
Your Friend, Congress.”

In a recent post, I explained how the incompetent drafting and reckless manner in which the Affordable Care Act was passed has corrupted every branch of the government as well as damaged our system and the public’s faith in it. Affordable Care Act supporters continue to desperately try to excuse, fix, and rationalize this disgracefully bad law. Next up is an integrity test for the judiciary, as the legal argument against the US Court of Appeals for the DC Circuit’s decision in Halbig v. Burwell becomes untenable.

If the two judges on the three judge panel were correct, and it appears they were, then a drafting miscalculation in the ACA has rendered the health care overhaul unworkable, meaning that it can’t be fixed, constitutionally at least, by Executive Orders, waivers, delays or lies, like so much else connected to the legislation. It will have to be addressed the old-fashioned—as in “according to the Constitution”—way, or not fixed at all.

Or, conceivably, some Democratic-appointed judges could just ignore legal precedent and make the decision to reject Halbig on political grounds. The placing of politics over the law has happened before, with judges appointed by both parties, and it is unethical.  Seldom, however, would it be as blatant as in this case. The argument of pundits—let’s say “sneering pundits”—against Halbig has collapsed with the discovery that an earlier Senate version of the ACA included subsidies for both state and federal exchanges, but that provision was replaced by the current one in the law that specifies subsidies only being available for citizens who sign up in the state exchanges. If that limitation is upheld, as Halbig says it must be, then roughly 4.7 million people in 36 states won’t get the subsidies they were told they would. The claim by the anti-Halbig crowd—that is, those who want to keep changing what’s in the law on the fly until the misbegotten freak finally works the way we were promised it would—is that the restriction of the subsidies to state exchanges was a typo, a mistake, an error…just as past public statements in which the ACA’s  primary architect, Jonathan Gruber, made it plain that the restriction was intentional was, in his phrasing now, “speak-os.”

The Washington Post’s Greg Sargent, no judge or lawyer he, took to his column to use the discarded Senate measure as proof that allowing federal exchange subsides were the law’s intent. Unfortunately, that’s not how courts routinely interpret legislative history when they are trying to figure out what muddle-headed lawmakers intend  when they pass ambiguous laws. The fact that a provision including  federal exchange subsides was taken out of the final bill would  typically be interpreted as conclusive evidence that Congress did, in fact, want subsidies restricted to state-run exchanges.

The unethical spin by the law’s champions in the media is really breathtaking. They repeatedly cite Justice Scalia’s correct statement of statutory construction that “fundamental canon of statutory construction that the words of a statute must be read in their context and with a view to their place in the overall statutory scheme”—in other words, if there is a legitimate construction of Congressional intent that allows a law to stand, use it, not an interpretation that renders the law worthless. That principle, however, does not apply to huge, convoluted, horribly drafted and self-contradictory laws that have no discernible “statutory scheme” other than vague hopes and ideals addressed in a morass of unwritten regulations and indecipherable bureaucratese.  It is not the job or the function of judges to fix laws that were drafted incompetently and passed without proper scrutiny.

In the height of chutzpa, The New Republic has argued that there’s no way this limitation on subsidies was intended, since lawmakers didn’t know about it, reporters didn’t report on it, and states trying to decide whether to set up an exchange didn’t focus on it. As I have emphasized since 2009, the supporters of the ACA in Congress didn’t do their duty and read the thing before they voted on it. With that as a dodge, according to The New Republic’s logic, Congress didn’t intend any of the bad aspects of the law—after all, they didn’t read it, so they couldn’t know these flaws were lurking—so every problem is up to the courts to fix! Now we can move to a system where Congress just lists what it hopes a law will accomplish—Peace! No poverty! 100% employment!—and leave it to the courts to realize Congressional intent.

The same New Republic propagandist, Brian Beutler, who makes that argument makes another, equally bad one: the courts have to ignore the limitation on subsidizes because requiring the law to be followed as written “would throw the ACA into chaos in three dozen states, including huge states like Florida and Texas. The vast majority of beneficiaries in those states would be suddenly unable to afford their premiums (and might even be required to reimburse the government for unlawful subsidies they’ve already spent). Millions of people would drop out of the insurance marketplaces. Premiums would skyrocket for the very sick people who need coverage the most.” This, he says, would be the fault of the courts, and the mean Republicans who pointed out that the law that was passed over its opposition does not work. Wrong, absolutely wrong, despicably wrong and dishonestly wrong. A bad law is 100% the fault of the those who drafted it, voted for it (without reading it), misrepresented it, and signed it—nobody else’s, except perhaps the journalists who allowed them to do so under cover of public ignorance.

Judges, whatever their ideological bent, are ethically obligated to declare that this bad law, like any bad law,  is exactly as bad as it seems, and leave it to Congress to clean up the mess. We shall soon see if federal judges have the integrity to do so. And if the result is an expensive, crushing, tragic health care fiasco? Learning the  lesson that bills should be carefully drafted, read before voted into law, repaired by Congress and not judicial or executive fiat, and not violate the Constitution will be well worth it.