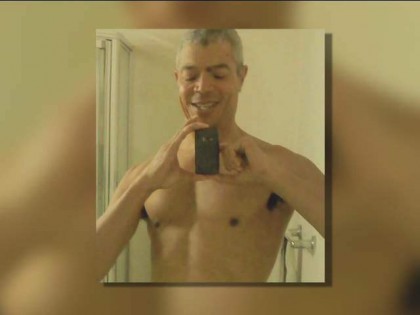 No, the judge in question is not the Honorable Wade McCree, the handsome devil pictured above, who, you may recall from an earlier post here, recently escaped a suit for damages by the husband of the women he was banging like his gavel during—literally during, in some instances— the gentleman’s trial for not paying spousal support. That unethical judge was removed from the bench and suspended, but also protected from being sued by the principle of judicial immunity.

Ex-judge McCree is a disgrace, but this judge is something else. Judges are, reasonably enough,  required not to break the law themselves, and also to conduct themselves in such a way that the public’s confidence and trust in the judicial system and judges overseeing it are not undermined. I would argue that taking narcissitic selfies like the one above and distributing it shakes such confidence, but you know what an old poopie-head I am about such things. I am confident, however, that I am not being a poopie head when I conclude that the public has reason to have doubts about the, ah, judgment of…

Cuyahoga County Common Pleas Judge Lance Mason, who was removed from his duties after a jury indicted him of felonious assault, kidnapping, child endangering and domestic violence. He was arrested earlier this month after an incident in which he punched his wife in the face several times, bit her and choked her, all while driving on Van Aken Boulevard in Cleveland…. with their children in the backseat!  She was hospitalized with numerous injuries. Thoughts:

Actually, unlike Ray Rice, though Judge Mason is suspended pending the results of his trial, he will still collect his $121,000 annual salary while the case is pending in court, including appeals, so he is getting, in effect, a long paid vacation, which it certainly sounds as if he needs. Badly.

11 thoughts on “Now THIS Is An Unethical Judge…”