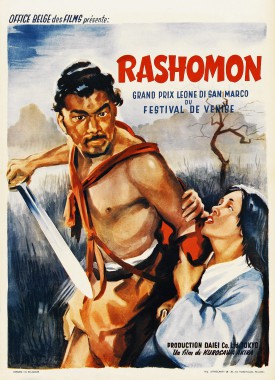 Jeff Gates, the father, photographer and writer whose essay in the Washington Post prompted my post here and a lively discussion thereafter, has been kind enough to contribute additional thoughts and clarifications in response. This is one of the really good things about the internet, and his willingness to enhance the discussion with additional perspective reveals good things about Jeff as well. His original article is here.

At the outset, I want to clarify something about my post that I kept intending to do but obviously did not, at least not well. The fact that the man who was suspicious of his photo-session with his daughter said later that he worked for Homeland Security didn’t figure into my analysis at all, and still doesn’t. I am concerned with the original encounter, and the question of whether this was excessive Big Brotherism clouds the issue, which I see, and saw as this: we should applaud and encourage proactive fellow citizens who have the courage and the concern to step into developing situation that they believe might involve one individual harming another.  As the man needed no special authority to do that, I don’t care whether he was a federal agent or not; I thought it was pretty clear that this was not official action. Indeed, I think as official action, the man’s intervention was ham-handed and unprofessional.

Here is Jeff Gates’ Comment of the Day, on the post, “Roshomon, Good Citizenship And Ethics: The Case Of The Concerned Stranger And The Indignant Father.”

As the father in this story and the author of the Washington Post op-ed piece, let me offer my comments. First, I find your mention of the Roshomon effect to be an interesting one. Yes, both the man and myself interpreted what was going on in two very different ways. However, that’s where the analogy starts to bear fruit.

You laud the actions of the stranger who approached us as being responsible and proactive: as someone who was simply interested in the welfare of my daughters. Yet, there is a different way of approaching this.

Rather than just blindly accept the fact that this man had only good intentions, I sought him out later to see if I could find more context to his actions. I did this because, as my daughters’ father, I was being responsible and proactive, the very things you assigned this stranger and the very things you failed to see in my actions.

In our society, politicians and the media take very complex issues and cull them down to overly simplistic “black or white” soundbites. However, the very complexity of many contemporary problems demands that we, at least, investigate, the shades of gray that occupy the “in betweens.” And that’s exactly what I did.

I have heard from many Department of Homeland Security agents in the days since this article was published. In all cases they have said that any well-trained DHS agent would not have interceded after a mere 15 minutes of observation. In fact, they said, DHS agents are trained to observe suspicious activities for much longer in order to better assess the situation. They have also suggested that this man, even if he did work for DHS, might not have been an agent at all but someone who works as a paper pusher or other worker. And, of course, the possibility exists that he didn’t work for the Department of Homeland Security at all.

The article i wrote was about our biases and rush to judge. I actually took the ideas that encompass the Roshomon effect to do exactly what this stranger should have done. I investigated further. And once he said, “Let me give you some advice: those girls were hugging for 15 minutes,” and then claimed to “understand” when I calmly explained that I was a photographer and we often take lots of photos, I had gathered enough information to make a reasonable assessment of his actions. So, I was doing exactly what you praise this stranger for supposedly doing. I’m sorry you failed to see this. If he had answered “I’m sorry. I was just concerned…” the story would have ended there and there would have been on op-ed. But he didn’t say that. He stated an overly facial interpretation of my photographing my daughters, one that I found suspicious.

As citizens, are we to blindly accept another’s interpretation of an event. Or are do we have a right to, in turn, question these actions?

23 thoughts on “Comment of the Day: “Roshomon, Good Citizenship And Ethics: The Case Of The Concerned Stranger And The Indignant Father””