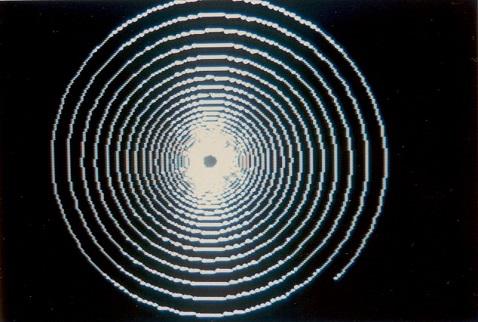 There wasn’t going to be a Part III to this theme until I stumbled upon a stunning post by popular liberal blogger Josh Marshall (no relation, I think, though my Dad claimed that all Marshalls were related) that 1) defended CNN Carol Costello’s despicable glee at a tape of Sarah Palin’s daughter describing what she said was an assault by a man, and 2) added an explanation for news media bias that blames Fox News, a neat, if stupid, piece of logical pretzel-making.

It’s an amazing post, one which should make any objective reader wonder how deep a rational writer could be sunk into ideological cement to author this and not realize how self-rebutting it is. Marshall shoots himself in the groin at the very beginning, using Costello’s unprofessional attack on Bristol Palin as an example of how paranoid the right is:

“So now, liberals, the media, Democrats, apparently anyone who thinks Palin is a buffoon of almost world historic proportions (which gets you to something like 80% of the country) are all abominable hypocrites for ‘laughing’ at what is now fairly preposterously portrayed as a violent assault against a woman. If you listen to the police interviews, which occurred just as the brawl had barely ended, all the witnesses beside Bristol said she attacked the homeowner. Indeed, even Bristol’s younger sister Willow backed up the these other witnesses’ account. She just said Bristol missed with her punches.”

The buffoon here is Marshall, and he’s misrepresenting what Costello did. She didn’t introduce the tape by pointing out what other witnesses said. She may not even have known about the police reports (which I have read, and they are not at all conclusive, which is why no charges were filed.) She just introduced an emotional recording of a young woman recounting how she was attacked, and said it was so enjoyable that her audience was obligated to thank her. It doesn’t matter what the facts were or turned out to be. What was outrageous was Costello displaying enjoyment at another human being’s distress, because it was Sarah Palin’s daughter. Marshall’s defense is also ignorant of context, not that he cares. Last month, Costello had angrily encouraged ESPN to suspend commentator Stephen A. Smith because he had suggested, in light of the Ray Rice-Janay Rice brawl video, that women who attack men in part bring abuse upon themselves. Now Marshall is saying that Costello’s lack of sympathy for Bristol Palin is justified because she allegedly tried to punch her assailant, but missed. Janay Rice didn’t miss, you know. Then again, she isn’t the daughter of a political figure Marshall and Costello detest.

Thus even before he offered his denial of left-media bias, Marshall had outed himself as a practitioner. Then he wrote this:

“Conservatives in the ’70s and ’80s looked at the mainstream media and saw it as liberal and against them. That was largely bogus but not entirely. The mid-late 20th century elite ‘media’ did generally buy into a series of cosmopolitan assumptions about public and private life. That worldview generally aligns more with liberalism than conservatism, but the two are by no means identical. And this did shape coverage in significant ways. But many conservatives genuinely believed that most people in media were and are little different from Democratic political operatives writing propaganda. So when they went to create “their” media, that’s basically what they created, a propaganda network.”

Marshall’s hallmark is making nonsense sound reasonable, and he outdoes himself here. Do you know what “buying into a series of cosmopolitan assumptions about public and private life” is called? Bias, that’s what. Marshall, true to his liberal-biased soul, frames this as just intelligence, education and sophistication, which is what the liberal elite use “cosmopolitan” to mean. It’s not bias! It’s just the truth, as smart people understand it, and dumb, redneck hicks don’t!

As Marshall appears not to grasp—and who knows? Maybe he doesn’t—bias arises from the acceptance of prior assumptions that prevent objective analysis and fair balancing of objectives, facts and opinions. Conservatives looked at the mainstream media and saw news content, news coverage, punditry and opinion journalism being determined by a profession that was over 80% registered Democrats and otherwise liberal, and dominated by people like Costello and Marshall, who were so far left that everything right of them, including moderate political positions, looked deranged and illegitimate. Conservatives (and objective liberals too)  saw bias, because bias is what there was. Marshall seems to think that bias has to be intentional and malicious to qualify as bias: he doesn’t understand the concept, which may explain why he doesn’t see how biased he is. The reason bias is so insidious is that the sufferer is often completely unaware of the bias, especially when, as in most mainstream journalism organizations, everyone suffers from the same biases.

It is the duty of journalists, historians, judges, leaders, elected official and scholars to try to identify their biases and eliminate them as they strive, as they all are obligated to do, for honesty, fairness, and objectivity. It is also the duty of opinion-makers and pundits like Marshall, and it is a duty he has proven that he is incapable of meeting. Realizing that the mainstream news media was dominated by those holding views that filtered their view of the news and made objectivity impossible–a.k.a. bias—conservatives decided that some semblance of balance could only be reached if there was a news source that intentionally took the positions and reported the stories that the left-biased media would not. Fox News has never denied that this was its mission—that was the point of the cheeky and intentionally ironic “fair and balanced” motto. What more ethical alternative was there to serve the roughly 50% of the American public who found that reporters with a “cosmopolitan” orientation (Really, Josh? Really?) were framing news stories to push Democratic candidates and agendas, while ignoring facts, developments, scandals and emerging developments that suggested the validity of differing views, beliefs and policy positions? (The availability of non-liberal-toadying news also benefits the other 50%, if people like Marshall didn’t keep deceiving them into thinking that the media wasn’t biased, just, you know, smart and sophisticated, like him). Yes, the conservative media was a response to cultural manipulation by a disproportionately liberal news media.

To Marshall, though, news reporting by his group is “cosmopolitan” and benign in its possible biases because it’s sincere and inadvertent, while conservative media’s orientation is propaganda because the bias is intentional. Fox is lying, you see. Marshall’s media is just telling the truth as they see it, so they are the good guys.

Bias, as I remind readers often, makes you stupid, and you don’t get much stupider than Marshall’s post. Let me try to bring my distant cousin’s  IQ back into triple figures:

1. Since Fox admits its bias, and the New York Times, Washington Post, PBS, CNN, ABC, CBS and NBC deny it, Fox is more honest and responsible than the rest, at least in this respect.

2. Fox’s anti-Obama slant is no more “propaganda” than the relentless pro-Obama slant of the rest of the media, and a lot more supported by events and facts.

3. Conservatives claim that liberal journalists are intentionally deceiving the public; liberals  claim the conservatives journalists are doing the same. Sometimes that may be true: usually, it’s just unrecognized bias at work. Fox News doesn’t highlight the many ridiculous statements of Sarah Palin, because 1) they correctly assume that the left-biased media will engage in overkill, 2) their journalists feel that she has been mistreated (also true) and deserves a break, or 3) they might agree with her, and not realize they are gaffes. ABC, NBC and CBS didn’t think Hillary Clinton’s absurd claim that businesses don’t create jobs was newsworthy (none of them reported it) because 1) they leave the attacks to the conservative media, or 2) they so want Hillary to be the next President they convince themselves that she didn’t mean what she said, or 3) they agree with her. Both reactions are bias.

Finally, I note that diligent and coherent advocacy by alleged truth-tellers are the culture’s best chance at forcing journalists to do their jobs, and to stop trying to manipulate pubic opinion and policy. That can only happen if analysts from all ends of the political spectrum acknowledge bias, condemn it, and explain why it is so corrosive to Democracy. Surrendering to bias and making excuses for it, which is what Josh Marshall has done, is a serious breach of duty. He’s got to be smarter than that.

After all, he’s a Marshall.