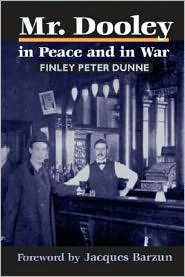 In a debate on a live thread here between two esteemed commentators, one of the contestants expressed vivid annoyance when the other derided the quality of his text in a retort. I’ve witnessed this many times online, as have you, I’m sure: someone registers an opinion while making a blatant typo, a bad misspelling, a misuse of a word, or a grammar gaffe and the opponent immediately focuses on it. What is this, exactly, and is it always wrong?

1. What is it? As I mentioned on the thread in question, it’s pretty close to an  ad hominem attack once removed, right? The sense of such a comment is, “Why should I respect your opinion? You can’t even spell “inaugural!” which in turn suggests that the individual is an ignoramus rather than a worthy adversary. It needs a name though. Is there one?

2. Is the tactic ever justified? Clearly it is not fair and indeed an unethical deflection if the issue is a typo or two. Or, in my case, or six. Anyone who visits here often knows that I have a serious typo problem, paired with an even worse proof-reading problem. I have dinged job applicants for resumes and job letters that contain “your” for “you’re” and “recieve” for “receive”? Indeed I have. Is there a difference? I think so: if someone wants to make a good impression and still makes these mistakes, I am justified in concluding that this is really the best that applicant can do, or, in the alternative, that he or she doesn’t care very much.

3. Mentioning a gaffe seems to be mandatory if the comment or text containing it was complaining about carelessness, illiteracy or stupidity generally. Again, though, what does this mean? Is it essentially another variation of an ad hominem attack: “Hey, you’re so dumb you make the same kind of error you’re bitching about! Your argument must be dumb too!”? I think it is, but it also falls in the category of “Boy, I asked for that!” In “Twelve Angry Men,” the bigoted Juror 10 derides the character of a witness, saying, “He’s an ignorant slob! He don’t even speak good English!” Whereupon the heavily-accented naturalized citizen in the group corrects him, saying, “He doesn’t even speak good English,” humiliating his fellow juror. Ethical? In that setting perhaps; generally, however, I would think that the Golden Rule should apply, but most of us can’t resist the hanging curve over the center of the plate.

4. Or are grammatical gaffes like the juror’s legitimate clues of intelligence and trustworthiness? Is someone who says don’t for doesn’t fairly judged deficient in sophistication, attentiveness, education and reason? There can be a lot of class bias in the answer to that question, but also some unavoidable logic. It is reasonable to presume that sloppiness of expression reflects deficiency of thought, and the less language one has to work with, linguists tell us, the fewer thoughts and concepts one may be able to form. When is an illiterate expression of a thought as disqualifying as a flawed thought itself? Or are they one and the same?

5. In classic European plays, the tradition is that only the fool, or the clown, speaks in dialect and lower-class jargon. Yet the fool is often given the wittiest and most enlightening speeches. There was a lesson behind that tradition, as most playwrights were (and are) closer to the middle of society than the high. Don’t mistake mode of expression for intelligence, in either direction.

6. I wish there was a modern equivalent of Finley Peter Dunne in America today. He was a Chicago wit and social critic who often wrote in the voice of an Irish barfly, Mister Dooley, who massacred the language while making such observations as,

Nobody discredited Dunne’s observations by chanting, “Neener neener, he said milishy!” On the other side of the ocean and around the same time, George Bernard Shaw, in “Pygmalion”, vividly exposed the folly of mistaking the quality of speech for the quality of of human being speaking.

7. Yet there is no denying that speaking and writing correct English, properly spelled and punctuated is more to be desired than the opposite, and that these are skills and habits worth developing. Are we dedicated sufficiently to that goal to accept corrections from a debate adversary as a gift rather than a provocation?