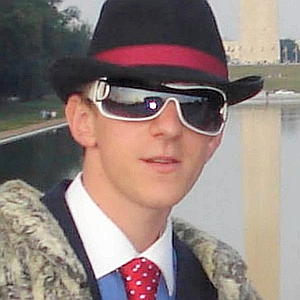 Why would anyone doubt the word of James O’Keefe?

James O’Keefe is the famous or infamous (depending on your point of view and whether you believe that the ends justify the means) guerrilla hidden-camera master who sets out to deceive Democrats, liberals and progressives into exposing their evil ways. He is not a journalist. He is an unethical conservative operative who has, though dishonest means, occasionally managed to expose wrongdoing or hypocrisy. He is to an ethics blog what Rice Krispie Squares are to Fine Dining Magazine.

Richard Valdes, a former top staffer with O’Keefe’s oxymoronicly named Project Veritas, reports that O’Keefe assigned an undercover employee to attend a meeting of anti-police violence protesters and to bait them by saying: “Sometimes, I wish I could just kill some of these cops. Don’t you just wish we could have one of the cops right here in the middle of our group?” Presumably he was to secretly record the responses, thus discrediting them.

The undercover agent refused, sending an e-mail to his supervisor Valdes that was copied to O’Keefe. It read,

“I will not say words that will jeopardize my entity, especially when they involve an illegal act of ‘murdering police.’

A Veritas spokesman denies the allegations, saying, “Project Veritas would never do anything that we believe would incite violence against police officers. Anyone suggesting otherwise is clearly unfamiliar with our body of work.”

1. Anyone “familiar”with the organization’s body of work..

2. If it didn’t happen, why did the undercover employee think this was his assignment?

3. No ethical individual would work for O’Keefe anyway. What are the damages for being wrongfully terminated from a job you are lucky not to be in any more?

4 thoughts on ““Trying To Bring Ethics To Project Veritas? How Dare You? GET OUT!””