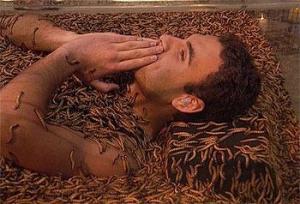 It has happened here with Bill Clinton, Bristol Palin, and many others: this is the downside of running a website committed to fairness. I have had to come to the defense of some very unethical people through the years, but I can’t think of anyone I detest defending more than Donald Trump.

“NBC said Monday that it is ending its business relationship with mogul and GOP presidential candidate Donald Trump because of comments he made about Mexican immigrants during the announcement of his campaign.”

Let me count the lies:

1. Anyone, including AP, who believes this is why NBC fired Trump is too gullible to function in society. He was fired because Mexico, Univision and illegal immigration advocates were threatening to make NBC’s life miserable. If what Trump said mattered to NBC, NBC would have fired him shortly after he said it.

2. Trump said nothing about Mexican immigrants. His much-maligned quote discussed illegal immigrants from Mexico “bringing drugs, they’re bringing crime, they’re rapists and some, I assume, are good people.”  The unethical and dishonest effort by the news media to confuse the immigration issue and the crucial, material distinction between legal immigrants, whom the nation should welcome, and illegal immigrants, which it should not and must not, is more harmful than anything Trump has said on the topic.

3. The statement is deceitfully phrased to represent what Trump said as a slur on Mexicans, as a racist statement. Trump was talking about, in his typically lazy, crude fashion, our national problem of  unchecked illegals streaming across the Southern border, and the undeniable fact that this group includes criminals and rapists (like here, here, here…how many examples do you want?), as well as “good people.” Trump obviously wasn’t claiming that all illegal immigrants were criminals and rapists, because that would mean that some of the criminals and rapists would also have to be “good people.” But Mexico, which counts on us to solve their social problems for it, and illegal alien activists, who don’t want Americans to know that many of those sneaking into our country are not the salt of the earth, but quite the opposite, have successfully imposed a political correctness embargo on speaking the unpleasant truth.

Now on to the hypocrisy. NBC firing Trump is not just a little like, but almost EXACTLY THE SAME AS A&E firing Duck Dynasty’s scion Phil Robertson for public statements that were completely consistent with the reality star’s persona as A&E understood from the moment it inked a contract with him. The same is true of Trump’s trademark bluntness. The one difference: Robertson’s homophobic statements were blunt and ignorant, while Trumps statements about illegal immigrant were blunt and true.

Here is my conclusion from my first post about the Robertson suspension, with Robertson’s name (and “Duck Dynasty”) removed for Trump’s, and NBC substituting for A&E:

“NBC can decide to dump any employee it chooses if it concludes that the employee, fairly or unfairly, threatens its bottom line. That’s not what’s happening here, though. Obviously Donald Trump’s eccentric credo is part of his “charm”); NBC can’t possibly be surprised or disappointed at what Trump believes. It just caved to political correctness, that all: the political and cultural bullies who believe that their point of view not only is the only one, but the only one anyone should be allowed to express without punishment.

Any media or arts organization that capitulates to this anti-speech attitude is a disgrace and so hypocritical that it should not be taken seriously. The Constitution’s guarantee of free speech won’t work if anyone being candid in broadcast or print faces the constant threat of an organized effort to have them fired, and nobody is willing to stand up for the open expression of ideas. For there is no evidence that Donald Trump has ever discriminated against anyone, or been anything other than a model citizen…

What NBC did is wrong—unfair, cowardly, and disingenuous, and harmful to open dialogue in the United States.”

I’ll stand by this, with a little queasiness about the “good citizen” part: I’d trust Phil Robertson before I’d trust Donald Trump.

Yes, I know there are threats of boycotts for NBC to worry about, social media bullying and pusillanimous sponsors. Tough: if NBC doesn’t have the guts and integrity to stand up for free expression and accept the consequences, then it should get into another business, which in NBC’s case might be a good idea anyway.

Trump isn’t the issue, NBC is. The network’s announcement was short, dishonest, and stupid:

“At NBC, respect and dignity for all people are cornerstones of our values. Due to the recent derogatory statements by Donald Trump regarding immigrants, NBCUniversal is ending its business relationship with Mr. Trump.”

1. NBC doesn’t even respect its viewers. If it did, why would it allow serial liar Brain Williams to join race-huckster/tax cheat Al Sharpton and assorted other fake journalists on MSNBC?

2. Why didn’t NBC act when Trump was loudly calling Barack Obama’s birth certificate a fraud, a position he has never changed? That is far more arguably motivated by racism than criticizing the U.S.’s refusing to enforce its immigration laws. We know why, of course: The Donald’s TV shows were getting strong ratings then.

3.  Res Ipsa Loquitur: a network that gave a fig about “dignity” would not have more reality shows than dramas on its schedule, nor would it feature programs like “The Island,” “The Biggest Loser,” or Trump’s own “The Apprentice.”  Dignified NBC reality shows in the recent past include “Fear Factor,” where contestant were forced to eat slugs or be covered with maggots.

In summary, NBC’s decision is a classic in the pantheon of doing the right thing for unethical reasons.

19 thoughts on “This Is NBC: With All The Ethical Reasons To Fire Donald Trump, It Picks An Unethical One”