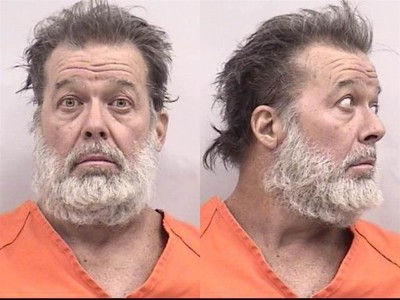 To the left is a simplified version of Leon Festinger’s Cognitive Dissonance Scale. Most of the people and institutions who use the scale to mislead and manipulate public opinion neither know this diagram nor have heard of Dr. Festinger, but it is what they are employing in the daily wars to win ideological political converts by distorting the significance of current events.

Robert Dear’s as yet unexplained shooting rampage within a Colorado Springs Planned Parenthood facility has immediately created an opportunity for cognitive dissonance manipulation. Festinger’s research showed that our minds will always try to resolve dissonance when something with a high, or positive score—say, “Free Speech,” appears to be closely associated with something else that is low on the scale, such as “hateful speech.” How the dissonance is resolved will depend on the scores of the two dissonant objects or beliefs.

If you want the public to decide that something it approves of is less worthy of approval, attaching it to something the public believes is reprehensible will do the job by creating cognitive dissonance and pulling the well-regarded object down the scale. If you want the public to move its opinion of a person, organization or concept from negative territory into positive, identifying someone or something the public regards far more negatively who opposes the person, organization or concept will tend to move the object of the negative entity’s opposition upward on the scale. In these situations, the mind seeks distance from the reviled entity. I hate broccoli; I learn that Donald Trump hates broccoli; I don’t want to have anything in common with Donald Trump. Pass the broccoli, please.

The latter is the process repeatedly applied by the protesters of police shootings when African Americans are the victims. The public correctly opposes abuse of power and wrongful violence by law enforcement officials; it is far below the mid-point on the scale. It also a opposes criminal activity and resisting legitimate law enforcement. With rare exceptions, every black victim of a questionable police shooting was engaging in or had engaged in criminal activity, and had resisted arrest. These have been criminals, but because the alleged misconduct of the police is far lower on the scale than the criminal activity involved, the criminal victims are propelled by cognitive dissonance into the scale’s positive territory. (The media assists the process by publicizing the most benign images of the victims they can find. The most frequently used photo of Laquan McDonald, who was executed by a Chicago cop, shows him in his high school graduation gown, for example. The cop didn’t shoot a criminal who refused to stop when ordered to, he shot a smiling young man with a bright future. The police officer is thus a monster; the victim a martyr and a hero.)

Now let’s look at the current use of cognitive dissonance in the wake of the shooting by Robert Dear.

Abortion rights groups are attempting to link Dear and his crime to anti-abortion activism and rhetoric. Vicki Saporta, president of the National Abortion Federation, stated that antiabortion rhetoric had grown so heated in recent months that Dear’s murder spree was its inevitable result. “They have ignited a firestorm of hate. They knew there could be these types of consequences, and yet they ratcheted up the rhetoric and ratcheted it up and ratcheted it up,” Saporta said. “It’s not a huge surprise that somebody would take this type of action.”

Unethical. The intent of this cognitive dissonance tactic is to stifle anti-abortion arguments and debate on the theory that they lead to the killing of innocents. This causes the public to lower principled anti-abortion arguments on the cognitive dissonance scale, because it is linked to deadly violence. It is also an argument of breath-taking gall, since the anti-abortion movement is based on the not unreasonable belief that abortion involves the direct killing of innocents. The statement (and many like it) is especially unethical because it was made before any conclusions could be reached regarding Dear’s motives or reason for the shootings. Maybe his dog told him to do it. She doesn’t know yet, but is attributing his conduct to her political foes anyway.

Planned Parenthood made the predictable but despicable decision to use the shooting to spin away from the disturbing undercover videos showing officials talking about aborted fetuses as if they were chicken salad sandwiches.

“It is offensive and outrageous that some politicians are now claiming this tragedy has nothing to do with the toxic environment they helped create,” Planned Parenthood Executive Vice President Dawn Laguens said in a statement. “One of the lessons of this awful tragedy is that words matter, and hateful rhetoric fuels violence It’s not enough to denounce the tragedy without also denouncing the poisonous rhetoric that fueled it. Instead, some politicians are continuing to stoke it, which is unconscionable.”

Unethical. Really unethical. So unethical that Planned Parenthood itself deserves to fall on the scale just on the basis of that statement.

1. Planned Parenthood has absolutely no way of knowing what caused Dear to start shooting.

2. Much has been made of the police revelation–which itself was irresponsible, since it lacked context and was inherently inflammatory—that Dear mentioned “baby parts.” We don’t know if he was responding to a question (“What do you have against Planned Parenthood?”), if baby parts were included in a long rant in which he also accused Planned Parenthood of being staffed by demons from Hell, or what else he may have said under questioning. Dear is, after all, probably nuts. He is not the most reliable source.

3. Laguens is trying to drive free speech down the scale, and, like abortion supporters, muzzle opponents by linking their positions and rhetoric to the acts on an apparently insane shooter.

Senator Ted Cruz deftly turned the device around and aimed it at Democratic Party favorites. When Cruz correctly stated that the news media and pro-abortion groups were unfairly attempting to link Dear to the pro-life movement,  a reporter raised Dear’s  comment about “baby parts.”  Cruz retorted, “It’s also been reported that he was registered as an independent and a woman and a transgendered leftist activist. If that’s what he is, I don’t think it’s fair to blame on the rhetoric on the left. This is a murderer.”

Unethical…but clever! Cruz simultaneously said it was unfair to do what he was doing, while he was doing it. He was sending a nice, clear, cognitive dissonance message that the killer was transgendered, linking a killer and a madman to “leftists” and confirming the bias of those who believe engendered people must be deranged and dangerous. Only Ted Cruz could manage to send an ethical and rational message while simultaneously smearing a group detested and abd distrusted by his core supporters.

I stand in awe.

And I bet Ted Cruz knows all about the cognitive dissonance scale and Leon Festinger. What a scary guy.

President Obama, predictably, used the shooting to link the right of gun ownership to death and war—all the better to gain support for gutting the right to bear arms. That’s all his speech did, too. The objective was making it more difficult for law abiding citizens to purchase guns, not just semi-automatic weapons, but any kind of gun—” the easy accessibility of weapons of war.”  The intentionally unstated but obvious truth is that we cannot stop previously law-abiding crazy people from getting guns without either locking them up before they have a chance to commit murder, or making it impossible for sane citizens to arm themselves. Obama said:

“We can’t let it become normal. If we truly care about this — if we’re going to offer up our thoughts and prayers again, for God knows how many times, with a truly clean conscience — then we have to do something about the easy accessibility of weapons of war on our streets to people who have no business wielding them. Period. Enough is enough. The last thing Americans should have to do, over the holidays or any day, is comfort the families of people killed by gun violence — people who woke up in the morning and bid their loved ones goodbye with no idea it would be for the last time. And yet, two days after Thanksgiving, that’s what we are forced to do again. May God bless Officer Garrett Swasey and the Americans he tried to save — and may He grant the rest of us the courage to do the same thing.”

Unethical. This is cognitive dissonance demagoguery. Its sole purpose, other than emotionalism and grandstanding, is to link guns and the rights to have guns to tragedy and death as quickly as possible, when nobody is thinking rationally. The cognitive dissonance scale is more slippery then. What is the President saying? Let’s see:

1. This happens too often. What isn’t too often for fatal shootings?

2. Do something. Great suggestion! What? Unless there’s a solution that is practical, legal and effective, doing “something” is foolish.

4. “The last thing Americans should have to do, over the holidays or any day, is comfort the families of people killed by gun violence — people who woke up in the morning and bid their loved ones goodbye with no idea it would be for the last time.” Family, deaths of loved ones, ruined holidays, sentiment—all big pluses on the scale and all completely irrelevant to the issue. The only reason to mention Thanksgiving is to manipulate dissonance. Are shootings less tragic when they occur with no holidays in sight?

5. “May God bless Officer Garrett Swasey and the Americans he tried to save — and may He grant the rest of us the courage to do the same thing.” Absolutely meaningless, except that this shameless appeal to sentiment poses God and a dead police officer on the plus side of the scale in specific opposition to a gun-wielding killer, to push gun ownership as deep into negative territory as possible.