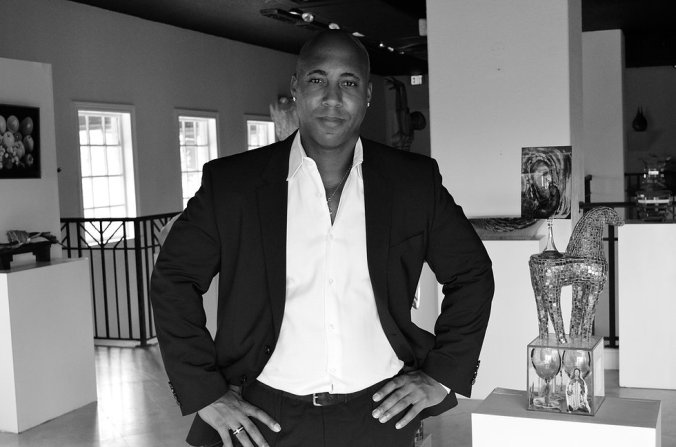 Malik Leigh is an attorney who teaches in Palm Beach Lakes High School’s pre-law academy. He submitted an exam for review, as the school requires of all tests, that included this question:

“If Donald Trump becomes president of the United states, we are:

D.) Screwed behind a really YUGE wall that Mexico pays for.”

In another question on the same test, this lawyer—and I’m still trying to get my mind around that embarrassing fact— asked

“When performing an opening statement, it is best to:

A. Wink at the Judge

B. find the hottest person on the Jury and focus your words on them

C. Speak to them as if they are cordial friends.

Leigh was suspended.  The letter he received from Principal Cheryl McKeever announcing the suspension stated that the questions contained “inaccurate content, irrelevant material, unprofessional use of language, inappropriate use of language.”

That was putting it far too politely. The Trump question was an attempt to indoctrinate students in the teacher’s political views, and it is fair to assume his teaching in class embodied the same attitude. Such a teacher should be fired. How will a student who has different ideas about Donald Trump’s virtues, as a student has every right to have, be able to feel that he will be respected and fairly treated in such a class? As for the jaw-dropping opening statement question, how are aspiring lawyers to acquire a proper understanding of legal ethics and their future duties to the justice system when a test trivializes inappropriate courtroom conduct and refers to jurors as “morons”?

It may not surprise you, since Leigh thought even for a nanosecond that questions like this could be appropriate in a high school exam, that the teacher is unapologetic and defiant. “There isn’t a single question on there that’s inappropriate,” he told the media. “If anyone gets offended, well, you kinda had to be there,” Leigh said. “You’re just upset you weren’t in on the joke.”

It’s a test, not a joke, and he is a teacher, not a political satire comedian.  The school’s complaints were professional in nature: it is improper for a teacher to dictate attitudes about a political candidate, or mock him (“Yuge”) in an exam, or to endorse the use of “screwed,’ particularly in a course about a profession where use of that word in a brief or in court may lead to serious negative consequences. The fact that Leigh acknowledges none of this makes him an untrustworthy teacher.

Leigh is claiming that his suspension is thinly-veiled retribution for his active role in opposing  the school’s previously announced decision not to rehire him and several other teachers next year. What really happened is that he vividly demonstrated the wisdom of their decision, at least in his case.

In an interview, Leigh labelled the suspension an attempt to silence him as he defends teachers  losing their jobs for what he called largely “political reasons.” “There’s absolutely nothing wrong with the exam,” he said  “They’re just grasping at straws at this point.”

I wonder if he’s less competent at lawyering or teaching? Based on the website of Watson Leigh,  the”non-profit law firm” he operates with one partner, I have concluded that he needs a third line of work. This embarrassing mess is on the home page of the firm’s website; my favorite parts are in red:

On, May 18, 2016, Watson Leigh’s Malik Leigh was officially suspnded from teaching law at Palm Beach Lakes citing a complaint from the Principal.

Claiming a problem with his final exam and a claimed conflict with the curriculum that he sets, Malik was handed a paid suspension by the office of Professional Standards. The real reason the District took this move was to again retaliate for attending the March 16, 2016 with his law students demanding adequate education in their Math exam. In an ironic twist, his classes will be overseen by……SUBSTITUTES!!

Sadly, the students are langushing in classes where no education is even being attempted; they are only watching movies. The district, who claim that they have a specific curriculum, is ignorantly, unable to produce this nonexistent curriculum to give the children something to do.  This action is against almost all Florida Statutes regarding the full and equal education of all students.

Here, then, is another reason to fire Malik: he can’t spell, construct a sentence, punctuate, or proof-read. A brief that read like his firm’s website would be thrown in the trash. How do teachers like this get hired in the first place? I’ll bet his resume was as bad as his website.

How can students learn from teachers who are poorly educated themselves, and not only don’t know it, but are arrogant and defiant about their ignorance?

8 thoughts on “Tales Of The Self-Righteous And Incompetent: Lawyer/Teacher Malik Leigh And His Donald Trump Exam Question”