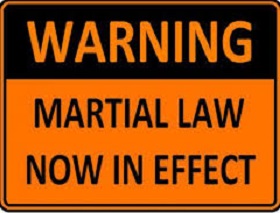 We’re really sorry about this, but these are not ordinary times…

The human ethics train wreck named Donald Trump is now in the process of exposing how thin the veneer of professionalism is for many alleged intellectuals, scholars and lawyers. On an e-mail list of most of the legal ethicists in the country, one of them posted this in reaction to Justice Ginsberg’s unethical and unjudicial shots at Donald Trump:

“I love RBG way too much to be critical of her in any way . Long may she live!”

This opne expression of willful denial, from not merely a lawyer, but an ethics specialist! It is the epitome of one of my father’s favorite quotes, “My mind’s made up, don’t confuse me with facts.” I responded to the list that it was the most depressing statement I had ever read from any of the list’s participants.

Paul Butler’s op-ed in the New York Times isn’t much better. The Georgetown Law Center professor defended Ginsberg’s indefensible comments by arguing that these times are special, and thus suspend the ethics principles that must govern judges if the judiciary is to engender any respect or trust at all. He writes:

“Normally Supreme Court justices should refrain from commenting on partisan politics. But these are not normal times. The question is whether a Supreme Court justice – in this case, the second woman on the court, a civil rights icon and pioneering feminist — has an obligation to remain silent when the country is at risk of being ruled by a man who has repeatedly demonstrated that he is a sexist and racist demagogue. The answer must be no.”

No, Professor, the answer must be “yes.”

Butler’s full embrace of Rationalization #28 on the Ethics Alarms Rationalization List is an embarrassment to him, Georgetown Law Center, and me, as I have a rapidly devaluing degree from that august institution. He teaches law, and lawyers must not, should not and cannot reason from rationalizations, especially rationalizations like #28, truly one of the most insidious of them all. From the description on the list:

28. The Revolutionary’s Excuse: “These are not ordinary times.”

An argument for those who embrace “the ends justify the means”—but only temporarily, mind you!—the Revolutionary’s excuse has as long and frightening a pedigree as any of the rationalizations here. Of course, there is no such thing as “ordinary times.” This rationalization suggests that standards of right and wrong can and should be suspended under “special” circumstances, always defined, naturally, by those who defy laws, rules, and societal values. Their circular logic results in their adversaries feeling justified in being equally unethical, since times in which the other side engages in dishonesty, cheating, cruelty, and more is, by definition, extraordinary.

The inevitable result is a downward spiral of conduct, until unethical behavior is the norm. Ironically, the rationalization that “these are not ordinary times” no longer is necessary at that point. Unethical conduct has become ordinary, the new normal. This is, it is fair to say, the current state of American politics.

Butler’s passionate declaration that Donald Trump’s existence should suspend basic ethical principles could just as fairly be applied to anyone else or anything else, as long as the “revolutionary” feels sufficiently strongly. There are no “normal times.” When has a Presidential candidate run for office after the FBI has declared her conduct in national security matters “extremely careless” and worthy of firing for cause had she been Secretary of State? Why don’t Ginsberg or Butler regard the unique threat to the rule of law and national security posed by such a candidate—note that Donald Trump has never intentionally breached any national agency security requirements—enough to demand a Supreme Court Justice’s warning about her?

I suspect one reason is, sadly, is that Ginsberg is a woman, and Butler is black, and both are Democrats, and thus they both have the kind of personal conflict of interest that the judicial and legal ethics rules exist in part to caution against. Of course, they both know this. They are resorting to reliable, flexible, dishonest old Rationalization #28 to give them leave to say what they should know is irresponsible and wrong, given their positions. If Trump is so dangerous that he suspends ethics principles, why not Obama, who ran for the White House with no useful experience whatsoever? Why not Bill Clinton, a misogynist who lied in court under oath? Why not Richard Nixon, whose record of perfidy and dirty politics was well known before he ran in 1968? A passionate partisan and critic could devise colorable arguments that most of the Presidential candidates throughout history, perhaps most of the candidates for any office, constitute “special” cases proving that these are not “normal times,” especially when a professional allows himself to descent into panic and fear-mongering, like Prof. Butler does in his op-ed.

Justice Ginsberg and lawyers aren’t the only ones using #28 to suspend important principles of ethics and professionalism. It is already clear that the mainstream news media has decided that Trump does not deserve even the flawed and biased coverage that it used to handicap Republican candidates in 2008 and 2012. (A black Presidential candidate and incumbent in the race meant that that those were not ordinary times, you see!) Now historians have jumped the same ethics shark.

The New York Times reports that renowned historian David McCullough and Ken Burns, the filmmaker and author, have assembled a group of “distinguished American historians” to speak out against about the candidacy of Donald J. Trump on Facebook page, Historians on Donald Trump.

Once, we are told, McCollough made a practice of not commenting on contemporary politics. “Very often, during question-and-answer sessions, people ask me some question about the president or other would-be candidates,” he said in an interview this week. “I’ve always said, ‘My specialty is dead politicians.’ In that way, I could sidestep the question without getting myself involved.”

That was correct and is correct. Using his established reputation for examining the lives of dead politicians to give unjustified influence to his assessment of live ones is an abuse of his position and profession.

“But this time around, I don’t feel that way any more,” says the historian.

After all, these are not ordinary times.