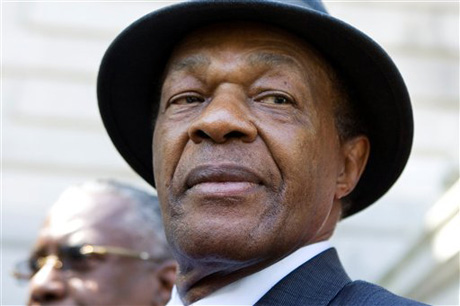 This is juuuust the beginning…

I have noted before that our President Elect never expresses any ethical awareness, and uses rationalizations exclusively to explain and justify his conduct. This is typical of say, 12-year-olds, but is less common among professionals in responsible positions.

Trump just authored a classic example, following the expression of concerns about his conflicts of interest, which are massive, unavoidable, and which should have been addressed seriously long ago, like in a Presidential debate, and at length. Unfortunately, Hillary Clinton and various journalists felt it would be more helpful to their cause to spend time talking about what Trump had said about an over-weight Miss Universe and in a private conversation with Billy Bush. How did that work out for you, guys?

Now various lawyers and ethics experts are saying that Trump “must” sell off his business holdings because his company’s myriad business entanglements will cast many White House decisions under a cloud. The President Elect has a neat answer for them, to wit:

“The law’s totally on my side, meaning, the president can’t have a conflict of interest.”

Bravo! This is a perfect expression of Ethics Alarms Rationalizations #4, and #5…

4. Marion Barry’s Misdirection, or “If it isn’t illegal, it’s ethical.”

The late D.C. Mayor and lovable rogue Marion Barry earned himself a place in the Ethics Distortion Hall of Fame with his defense of his giving his blatantly unqualified girlfriend a high-paying job with the DC government. Barry declared that since there was no law against using the public payroll as his own private gift service, there was nothing unethical about it. Once the law was passed (because of him), he then agreed that what he did would be wrong the next time he did it.

Ethics is far broader than law, which is a system of behavior enforced by the state with penalties for violations. Ethics is good conduct as determined by the values and customs of society. Professions promulgate codes of ethics precisely because the law cannot proscribe all inappropriate or harmful behavior. Much that is unethical is not illegal. Lying. Betrayal. Nepotism. Many other kinds of behavior as well, but that is just the factual error in the this rationalization.

The greater problem with it is that it omits the concept of ethics at all.  Ethical conduct is self-motivated, based on the individual’s values and the internalized desire to do the right thing. Barry’s construct assumes that people only behave ethically if there is a tangible, state-enforced penalty for not doing so, and that not incurring a penalty (that is, not breaking the law) is, by definition, ethical.

Nonsense, of course. It is wrong to intentionally muddle the ethical consciousness of the public, and Barry’s statement simply reinforces a misunderstanding of right and wrong.

Simply put, compliance with rules, including laws, isn’t the same as ethics. Compliance depends on an individual’s desire to avoid punishment. Ethical conduct arises from an individual’s genuine desire to do the right thing. The most unethical person in the world will comply if the punishment is stiff enough. But if he can do something unethical without breaking the rules, watch out!

No set of rules will apply in all situations, and one who is determined to look for loopholes in a set of laws, or rules, or in an ethics code, so that he or she can do something self-serving, dishonest, or dastardly, is likely to find a way. This is one reason why the ubiquitous corporate ethics programs that emphasize “compliance” are largely ineffective. By emphasizing compliance over ethics, such programs encourage the quest for loopholes. Remember that when Enron’s board realized that one of its financial maneuvers violated its Code of Ethics, it made compliance possible by changing the Code.

When an organization or society makes compliance…doing the right thing to avoid unpleasant consequences… the focus of its attempt to promote ethical conduct, it undermines the effort by promoting confusion in the not-infrequent circumstances when doing the right thing hurts. The better approach, and the one promoted by Ethics Alarms, is to teach and encourage good behavior and ethical virtues for their own sake. When the inevitable loophole opens up in the rules, when the opportunity to gain at someone else’s expense is there and nobody will ever know, it is the ethical, not the compliant, who will do the right thing.

The lack of an enforceable law doesn’t mean a President can’t have a conflict of interest. It means that there is no legal way to stop a President from being conflicted, if he insists on it. I am perfectly willing to believe that Donald Trump does not understand the difference, but it is material and substantial.

As Glenn Kessler points out,

Congress assumed that the president could be trusted to do the right thing….It’s quite possible he will face a number of conflicts of interest during his presidency. The law may offer an exemption for the president, but political reality — and perception— often does not.

Trump’s reaction to this, it is fair to say, will be “Whatever.” Kessler also, amusingly, says that

The law assumed that the president could be trusted to do the right thing and take actions to avoid appearance or presence of impropriety — not that the law is “totally” on the president’s “side” or that it would allow the president to use the exemption to his favor…[he] should be more careful about his wording on this point.

Yeah, you tell him, Glenn.

9 thoughts on “Trump, Master Of Rationalizations, Scores A Perfect #4 AND A Perfect #5!”