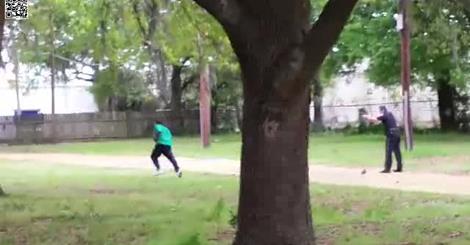 Michael Slager is the white North Charleston police officer who stopped African American Walter Scott for a taillight violation on April 4, 2015, and in the ensuing events, ended up fatally shooting Scott as he fled the scene, in the back, as recorded on a cell phone video. Of all the many police-involved shootings, this is the least equivocal. Slager is guilty of murder of one kind or another: in South Carolina, there is only one kind, and  mitigating circumstances are reflected in the sentence. He could receive life in prison, or much less time.

But every criminal defendant has the right to be tried by a jury of his peers before the law finds him guilty, and Slager is taking full advantage of the right. In doing so, he is forgoing his last clear chance at redemption. The former officer—he has already been fired for the episode and not just put on paid leave, as is usually the case—is understandably trying to avoid a conviction and jail time, even though, should he be acquitted by some miracle or act of mass hypnosis, it would be certain to provoke even more anger and distrust in the black community, and, I would hope, among non-African Americans as well. A justice system that finds, no matter how it reaches such a conclusion, that an officer who shoots a fleeing man dead like Slager did is not guilty needs to be blown up and seeded with salt. When Slager’s first lawyer saw the video, he quit.

Do you think an acquittal is impossible? Don’t. All that is needed is a jury full of people who “think,” and I use the word generously, like the signers of this petition. I’m pretty sure that there are more than twelve of them available.

Slager’s desperate defense attorney, pledged to provide a zealous representaion of a man whose guilt is indelibly recorded for all to see, is throwing every argument he can think of in front of the jury. Prime among them is that Slager was a dedicated public servant and a good guy, essentially the Ethics Alarms Rationalization List entry known as “Self Validating Virtue”: If Slager did it, it can”t possibly be murder, because good cops like Slager don’t murder people. It is the ultimate circular reasoning, but it’s just about all the defense he’s got.

If Slager is as good a man as his lawyer claims, he should plead guilty. He should accept accountability for what happened, and not continue to blame the victim, Walter Scott. Scott was in arrears in his child support; he struggled with Slager on the ground, he got himself tased and he defied an officer’s lawful orders, but he was running away. Slager testified today that he was in fear of his life. It’s ridiculous. He had a gun, and Scott was not only running from him, he was a good distance away. Obviously the officer was upset by the struggle, angry at Scott, and lost control. Policing isn’t a picnic, and sentencing should show come compassion for a good cop who did a terrible thing. He should not, however, claim that he did the right thing. Juries have believed worse.

It seems harsh to hold it against a man that he takes advantage of all the angles the justice system provides and the right to do so when his life is on the line. But police officers do put their lives on the line, for the protection and well-being of society. I would have great respect and admiration for Michael Slager, a murderer, if he displayed the honesty, courage and integrity to stand up in court and say, “I’m guilty. I lost control,  a man is dead who shouldn’t be, and I am responsible. I am sorry. I apologize to his family, my profession, my community and the nations. I had to be better than that; I was trained to be better. I regret that my wrongful actions have further divided this state and this nation, and undermined the relationship between law enforcement and the African American community.”

Doing that would represent a sincere effort to mitigate the harm Slager has done, and to make amends. Instead, he is exercising his rights.

36 thoughts on “The Michael Slager Trial: When The Ethical Course Is To Not Exercise a Right”