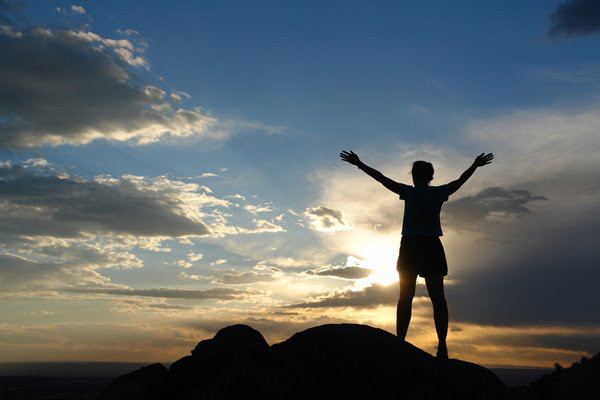 1 There is supposedly a controversy regarding the on-the-spot hurricane reports: is it ethical for networks and news stations to place reporters and camera operators in mortal peril by having them scream into a mic while being buffeted by wind, rain and debris?

What’s the controversy? Of course it’s unethical. In addition to sending ridiculously mixed and self-contradictory messages—“I’m standing here in the storm telling citizens in the area that they shouldn’t be in the middle of this storm!”—it is also bad Ethics Chess. This stunt will continue until the first reporter is blown into a wall and sustains permanent brain damage, or is injured by a flying piece of debris that impales her, maims her, or cuts her in half. It is entirely predictable that this will happen eventually, and once it does, reporters will stop doing it. Why not stop this before a the inevitable tragedy occurs?

TV stations do it for ratings, that’s all. It’s great visual programming. It’s not necessary. Half the time, we can’t make out what the reporter is screaming, and what they are screaming is redundant and stating the obvious.

Apparently the first reporter to do this was Dan Rather.

2. What is the mission of a pundit, a talking head, a columnist? It has to be—don’t you think?—to enlighten readers, to convey a constructive, useful analysis of complex issues, to reliably filter facts and controversies through a unique view-point without so completely tainting his or her output with bias that it actively misleads.

Yesterday New York Times columnist Charles Blow issued a column titled “Soul Survival in Trump’s Hell on Earth.” This was the apotheosis of the kinds of columns Blow has been writing almost exclusively now for months; at least I hope it’s that, for I can’t imagine where he goes from here. This column, like the others, is nothing, literally nothing, but a nearly fact free exposition on the theme, “I hate the President. I really do. I do so, so much. I know you do too, and if you don’t, I hate you too. ARRRGGGGHHH!”

The headline isn’t hyperbole; Blow, if he is to believed, really thinks Americans are living in Hell because Donald Trump is President. Not because there is a Great Depression hovering over the land, not because we are embroiled in a Civil War, or the existential threat of a world war, or the daily threat of an  international stand-off igniting into world-wide thermonuclear obliteration, but because a President was elected that offends the ideological and partisan sensitivities of Charles M. Blow.

How can the New York Times continue to justify publishing the weekly primal screams of this pompous, doctrinaire, and now apparently deranged pundit? Exaggerating problems and pronouncing that we are all but doomed is not a service. It is harmful. The only readers who will be persuaded by a column like this are the ones who decide that something has to be done and that it’s time to build that bomb. Moreover, when a pundit reaches the stage that Blow has, where the simple act of a government not agreeing with his views and enacting policies that he does not favor launches him into hysteria, that pundit needs a vacation. Or maybe another career.

What are Blow’s arguments that justify his diagnosis that the United States is now Hell on Earth? Is it that a major party and its supporters have set out deliberately to undermine American institutions by rejecting a national election, seeking to remove an elected President by non-electoral means? Is it that the  international fumblings and ditherings of the previous administration are, as predicted, resulting in increased threats to the United States and the rest of the world? Is it that American journalism and its uniquely free news media, beyond question the app that makes democracy function, has now become, by its own abuses, so completely politicized and untrustworthy that it has become a threat to the nation, rather than its watchdog?

Nah, none of this appears to bother Blow at all; as far as I can detect, he approves of all of it. Here is his Bill of Biased Generalities that add up to Hell on Earth:

…it is hard to witness successive hurricanes wreak havoc on Americans and realize that the science behind recognizing the global warming that contributes to more extreme weather events is not believed by America’s ruling party.

Translation: “I have no idea what climate change is, but good progressives, meaning everyone on the news media, have to push the agenda.”

As I have noted often, the claim that two major storms in hurricane season, after over a decade of milder-than-predicted hurricanes, is any kind of proof that climate change alarmists are right is the mark of either dishonesty or ignorance. Newsbusters has been listing the recent recruits to this unethical tactic among Blow’s colleagues (and Hollywood celebrities, of course), and there are more examples every day.  [ Here, here, here, here , here, here, here, and here.]  Every one of them should be an embarrassment, but this continues. No respectable scientist would be so foolish as to make the argument that the oddly-delayed return of the kinds of storms the U.S. has experienced for centuries proves anything about climate change one way or the other. What the reaction of the Left to the two storms does show is the awesome power of confirmation bias.

It is hard to witness a president so obsessed with the obliteration of the legacy of his predecessor that he is attempting to undo that legacy with every stroke of his pen.

Translation: It is obscene that a President elected by Americans who thought that President Obama was inept, divisive and wrong-headed is seeking to reverse many of the policies of his predecessor. Or the short version: “Democracy is Hell on Earth.”

I especially like the “obsessed” part; this is rhetorical dishonesty—Blow’s specialty–to make legitimate policy choices sound like the product of emotion and animus. In fact, Trump has left many of Obama’s policies in place, much to the chagrin of his supporters.

It is hard to witness a bully attack traditionally marginalized communities, one after the other.

Translation: Any policies that don’t confer special status and privileges on minorities in perpetuity is “bullying.”

It is hard to witness a family of corruption besmirching the presidency, the country and America’s standing in the world.

Trans..Wait, who are we talking about here? The Clintons? The Kennedys?

It is hard to witness the dismantling of basic norms, the dismissal of propriety and the devaluation of truth and honesty.

Are you laughing yet? Dismantling of basic norms, like “Democrats can fire their FBI chiefs for cause, but Republicans can’t,” and “Memorials and statutes that have stood for decades should be torn down according to political correctness demands,” and “Democrats can commute the sentences of 30-year old traitors, but Republicans are abusing the Constitution to pardon an 8o-year-old sheriff.”  Dismissal of propriety, meaning “if Democrats do it, like a former President routinely criticizing his successor, it’s proper.”

“Devaluation of truth and honesty” is the really funny part: juts  four sentences earlier, Charles Blow of the New York Times stated as fact that two hurricanes prove global warming, and has issued an entire column stating that having Donald Trump as President has turned the United States of America into Hell on Earth.