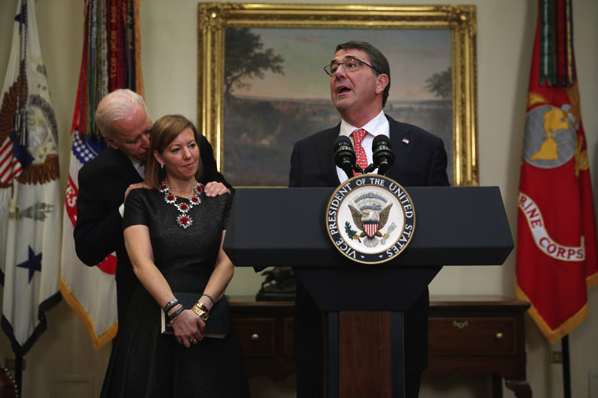 Kevin Spacey, it is now fair to say, has been a habitual sexual harasser.

We did not know that when Anthony Rapp made his accusation against the actor in a Buzzfeed interview. I would be very interested in knowing whether Rapp knew that. The posts here (this, and this) began with the assumption that Rapp’s motivations were as he stated them, and he did not say or suggest that Spacey was, like Harvey Weinstein, an active predator.

But in the ensuing days,  the pattern typical of accused harassers who really are harassers has emerged regarding Spacey. Other alleged victims came forward with their accounts.  Next  the employees on Spacey’s hit Netflix series “House of Cards” expanded the narrative…from CNNMoney:

Spacey made the set of Netflix’s “House of Cards” into a “toxic” work environment through a pattern of sexual harassment, eight people who currently work on the show or worked on it in the past tell CNN. One former employee told CNN that Spacey sexually assaulted him.

That, as they say, is the ball game for Spacey. He has even followed the hackneyed script for so many celebrities caught in misconduct: he’s getting “treatment.” Well, he doesn’t have many options. His show has been cancelled; his agency has dropped him. Spacey is very talented, but it will take him a long, long time to even partially recover from this, if he can.

I am going to write this anyway even though it won’t register on most people: the fact that Spacey turned out to be a lot more than a guy who got drunk and treated a 14-year old actor inappropriately at a party three decades ago doesn’t retroactively make the way Rapp’s ambush accusation fair or right. If he knew that Spacey was a present day harasser and made the accusation to break the dam, that’s something else, but again, he didn’t suggest that.

I’d guess that he’ll say that now, whether it is true or not.

Since Spacey was accused, several other celebrities, including Dustin Hoffman, have been fingered. The latest development is that several female members of Congress have said that they have been sexually harassed by their male colleagues, and of that I have no doubts whatsoever. Nonetheless, we are still in the witch hunt yellow zone, creeping into the red.

Here is part of a cautionary LA Times op-ed  by Cathy Young:

The fallout from the Harvey Weinstein scandals and the ripples from the “#MeToo” movement are having indubitably positive effects — above all, exposing and bringing to account predators who have enjoyed impunity due to their power and status. But there are some pitfalls. Many people — not just men with skeletons in the closet — fear that careers may be destroyed over minor misconduct and ambiguous transgressions. Troubling rhetoric abounds, condemning all sexually tinged dynamics in the workplace, stereotyping men as abusers and women as perpetual victims in need of quasi-Victorian protections.…Concerns that the post-Weinstein climate may lead to witch hunts against any man who flirts with a female colleague have been met with angry comments along the lines of “flirting in the workplace IS HARASSMENT.” A tweet by singer/songwriter Marian Call that got more than 2,000 retweets and nearly 6,500 “likes” asked, “dudes are you aware how happy women would be if strangers & coworkers never ‘flirted’ with us again … this is the world we want.”

But is it? It’s certainly not the world I want: Except in college, nearly every man I have ever dated was either a co-worker or, once I switched entirely to free-lancing, someone I met through work. This is not unusual, even in the age of dating websites and apps.

This has always been the aspect of sexual harassment law that renders it inherently unfair and to many, incomprehensible. In many cases the exact same conduct is harassment if unwelcome, and successful mating strategy if welcome.  Don’t bite my head off, but this was what Donal Trump was alluding to in his repulsive conversation with Billy Bush. He was claiming  that women like being sexually assaulted by the rich and powerful. In many cases, he may be right. Legally, when he’s right, it may not be sexual harassment. Ethically, it is still wrong. If the women feels compelled not to object to the sexual overtures because of an inequality of power, it is very wrong, and illegal.

What about an encounter that a women welcomed at the time, but eventually came to believe was sexual harassment, because it was retroactively unwelcome?

This is from Ella Whelan at Spiked, writing about a recent accusation leveled by drama critic Kate Maltby against a member of Parliament:

A man has been accused of sending a text and touching someone’s knee. Thankfully, the prime minister has launched an investigation into this harrowing claim.The man is Conservative MP for Ashford, and first secretary of state, Damian Green. His alleged victim is theatre critic and scholar, Kate Maltby. Maltby made her allegation against Green in a column for The Times. Her accusation consists of ‘a fleeting hand against my knee — so brief, it was almost deniable’, and a text from Green which read: ‘Long time no see. But having admired you in a corset in my favourite tabloid I feel impelled to ask if you are free for a drink anytime?’

It is easy to laugh at such a risible accusation. But this sex-pest panic is no longer a laughing matter. As a result of Maltby’s opportunist and crass allegation, her transparent attempt to be part of the celebrity #MeToo movement, Green is being investigated by the state. He has released a statement, saying ‘this untrue allegation has come as a complete shock and is deeply hurtful, especially from someone I considered a personal friend’. But even if it were true, whose business is it that a man asked a woman out, and ‘fleetingly’, ‘so brief, it was almost deniable’, touched her knee?

I think Whelan goes a bit too far at the end.  As in my original posts about Rapp and Spacey, I hold that this kind of complaint should be handled privately before it is turned into a public spectacle, but unwanted sexual attention from a man in power is society’s “business.” There are standards of conduct to agree on. Thus I am troubled by defenders of former President George H.W. Bush, who in his 90s has suddenly been revealed as a serial groper from his wheelchair. Bush’s unwanted attentions, accompanied by a smoking gun joke (He says his favorite magician is “David Cop-a-feel”—“The Prez will be here all week, folks!”) are “innocent,” they say. No, they are not innocent. Doing something in 2017 that was dismissed as “boys being boys” in 1962 is not “innocent,” no matter how old you are. It is wilful ignorance. For the honored and elderly, it is taking advantage of deference to abuse women.

With that segue, here is an Ethics Alarms Guide To Sexual Harassers, compiled from multiple sources. Remember, there are two kinds of sexual harassment: quid pro quo harassment, where an employee is pressured to submit to sexual overtures to avoid adverse consequences, real, implied, or threatened, and hostile environment harassment, which must sufficiently “severe and pervasive” that it creates a toxic work environment. The methods employed by harassers, however, vary.

There are at least 16 types, and they often combine to form ugly hybrids:

1 The King. This is the “quid pro quo” harasser who uses his (or her—women harass too) power and his assumed special status in an organization to prey on subordinates, employees, aspiring job applicants, or less anointed  colleagues.  Bill Clinton, Bill Cosby, Weinstein…these are all in this category.

2. The Mentor. A mentor engenders trust by nurturing a paternal, teacher relationship, then gradually converts it into a sexual one. This is the guise of the predatory professor, but also occurs in business settings. In “All That Jazz,” the Bob Fosse-styled director picks out a needy and attractive dancer in whom he pretends to see great potential, but his objective is to sleep with her.

3. The Gang Leader.This is the executive or sexist leader who encourages an entire staff to marginalize women. It is sexual bullying.

5. The Groper. Always looking for an opportunity to shoot lecherous stares, make lascivious comments, or “cop a feel,”  these tend to be frat boys, socialized jerks, or privileged seniors.

7. The Bully.  The Bully is an insecure member of the workforce who uses gender discrimination to feel superior. He is your basic misogynist and bigot.

8. The Pal.  Here we have the advocate of Harry’s theory of relationships in “When Harry Met Sally.” He pretends to be seeking a Platonic friendship, but only to eventually seek a sexual escalation.

9. The Undeterred. A hopeful romantic who refuses to take “no” for an answer, the Undeterred is the most sympathetic victim of sexual harassment law.  By its standards, many of the heroes of the most beloved romantic comedies are offenders. Moreover, undeterred hunks can often keep asking until they get a yes, while the nice, polite, homely clerk gets reported to HR after two “nos” and an offered bouquet. Sigh.

10. The Conveniently Impaired. The individual who uses alcohol or drugs as an excuse to harass also assumes a greater margin of tolerance, and has a plausible defense.

11. The Sympathetic Predator.  This bait-and-switch harasser often isn’t seen as harassing. He saw a target weeping, or obviously distressed, and moved in as a rescuer, or a shoulder to cry on. His goal, however, is not consolation but an opening for sexual conquest. This is a betrayal of trust.

12. The Gallant. This is a personal obsession with me: the boss that compliments women in public settings for their beauty (and brains, as if a smart woman is a freak), and refers to them in personal terms that would be regarded as weird if applied to a man. The glass ceiling is constructed as he speaks, and the workplace is instantly less fair and equal.

13. The Caretaker. Closely related to the Gallant,  the Caretaker uses condescending , paternalistic tones to diminish women in the workplace by treating them like kittens, children, or china dolls.

14. The Nerd. Here is another sympathetic harasser, the socially inept individual, often with Asperger’s Syndrome,  who desires the attention and affection  of his target, who does not reciprocate these feelings.

15. The Stalker. The most dangerous of the harassers.

16. The Blunderer. This is an accidental harasser who is ignorant, untrained, inexperienced, or inept, and who would not intentionally harass anyone.

52 thoughts on “A Kevin Spacey Update, The Sexual Harassment Feeding Frenzy, And A Guide To Sexual Harassers In The Workplace”