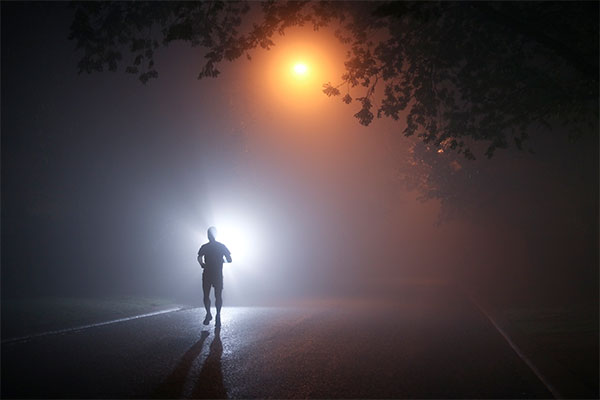 1 Related to the previous post is the fact that the President of the United States should not be recommending the death penalty for anyone before they are tried and fund guilty beyond a reasonable doubt, even vile terrorists who attack and kill children. Yet President Trump did this in his usual impulsive, infuriating fashion. It is not the first time he’s crossed this separation of powers line, either: his comments also caused problems in the prosecution of deserter Bowe Bergdahl,

The gratuitous interference with the justice system by premature pronouncements of guilt and deserved execution serve no purpose; the President is just grandstanding. President Obama made premature  comments on unresolved legal matters several times too; he did it more articulately, of course, but he still did it, and he’s a lawyer. Is this particularly stupid conduct “Presidential” now?

2. Speaking of the concept of presumed innocent until proven guilty: I wonder if there has ever been anything in U.S. history as widespread, unfair, and vicious as the assumption by so many in the public and the news media that the President of the United States engaged in criminal acts to steal an election—without any evidence whatsoever. It is like a mass delusion, and all, as far as I can see, because of three factors: past business dealings with Russian entities (which is not illegal) by many of Trump’s associates; Trump’s Trumpish and obviously facetious call on the campaign trail for Russia to reveal Hillary’s (illegally) spoliated emails, and the accusation from Clinton and others that Russia’s interference—you know, with brilliant, persuasive internet ads—explained Hillary Clinton’s loss and made Trump’s election “illegitimate.”

I had another conversation with a friend about this yesterday. He’s just certain that Trump did something illegal. What? He doesn’t know, but he’s sure. Why is he sure? because it’s Trump, that’s why, and because my friend still can’t believe that the man could have been elected without some kind of conspiracy. It’s stunning, and the news media is fanning these flames of delusion. Here’s a post on the Daily Beast; the title: “The Rise of George Papadopoulos, a Trump Adviser Who May Kill Trump’s Presidency.”

This is unethical, but it’s also nuts.

3. According to Newsbusters, who obsesses over such things,  neither ABC, CBS, nor NBC covered Donna Brazile’s explosive accusation yesterday that Hillary Clinton and her campaign bought the Democratic National Committee and rigged the nomination process. There is no excuse for this; it is a dereliction of journalism ethics and the profession’s duty to the public. There is also no benign explanation for it. It was obviously the top story of the day, and one with great national and civic significance. Newsbuster’s typical assessment:

“The reason the networks wanted to keep Brazile’s findings secret was simple: They didn’t want to ruin their narrative that Clinton was a pure angel who was a victim of Donald Trump and Russian collusion”

That seems harsh, but it’s not unfair. What other explanation is there? They just somehow never got the memo? They really believed that more coverage about how three Mueller indictments unrelated to illegal Russian contacts by the Trump campaign mean there were illegal contacts with Russia by the Trump campaign?  They have decided to prove, once and for all, that the news media is totally corrupt and biased? Hillary Clinton has bought the networks too?  What then?

4. I have to admit: this makes me angry, and it’s pretty unusual for ethics stories to make me angry. I’m not angry at the networks—disgusted, yes; saddened that our democracy, which can only be healthy with objective, competent journalism informing the public, is endangered, but not angry. Not after all this time: it was clear beyond debate that journalism had become largely partisan Democratic Party and progressive propaganda at least by the 2008 election. I’ve been documenting it, as have others. It’s not my imagination. Yet regular commenters on this blog, people of intelligence and (usually) honesty and perception, have protested that this just isn’t true, that the problem is MY bias.

There have been so many smoking guns that show the news media’s flagrant bias and news manipulation that if you gathered them all you could film Stephen King’s “The Mist” without any dry ice, but these people keep denying it.  PBS allowing Gwen Ifill to moderate the 2008 VP debate while she had a book at the publishers celebrating the election of Barack Obama?  Conflict of interest? What conflict of interest? CNBC’s prosecutorial GOP debate moderation? Eh, it wasn’t so bad, and besides, those bastards deserved it. Blaming the Tuscon shootings on Sarah Palin and Rush Limbaugh? OK, the media got carried away, and what about all those guns? The Boston Globe’s fake news front page about the dystopian hell of a Trump Presidency? Oh, it was just a joke! Newsweek sending out an edition announcing that Hillary was elected? Anyone can make a mistake! The New York Times announcing that it was now its duty to defeat Donald Trump? Well, he’s a special case! News anchors looking, sounding and acting as if their parents had just died of Ebola while announcing the 2016 election results? Come on! They’re only human!

CNN’s April Ryan screaming, “Is slavery wrong? Sarah, is slavery wrong? Does this administration think that slavery was wrong?” at Sarah Huckabee Sanders on live TV…the nearly total embargo on the Madeleine Leader story–still!—in the non-conservative media…there are hundreds and hundreds—thousands—of equally damning examples, and yet progressives and Democrats who I—we, all of us— should be able to trust as responsible citizens, Americans and ethical human beings  continue to refuse to say, “OK, I agree, this is a catastrophe, and we have to do something about it.”  And because they won’t, and don’t have the integrity to do it, the news media feels vindicated and empowered to continue spinning, lying, manipulating and refusing to practice honest journalism, as responsible citizen civic participation becomes literally impossible.

Yes. It ticks me off, and it ought to tick off everyone. And the fact that it doesn’t also ticks me off.

5. I’m going to say it: every American, liberal, conservative, moderate, should fall on their knees and thank the ghost of that creep Roger Ailes for Fox News.

Yes, it’s a sexist, misogynist, sloppy news network, and yes it employs shameless hacks like Sean Hannity, and yes “Fox and Friends’ is the worst TV abomination since “My Mother The Car,” and yes yes yes its Republican bias is persistent and palpable, and yes I’m still boycotting it as I have for almost two years. Nevertheless, if it were not for Fox, many genuine, imprortant stories the rest of the news media didn’t want the public to know about would have been successfully buried. That was the original justification for the establishment of Fox News, and it outweighs all the other flaws and garbage. Democracy DOES die in darkness, as the Washington Post, so often a purveyor of darkness in recent years, has the chutzpah to say, and without Fox it would be a whole lot darker than it is.