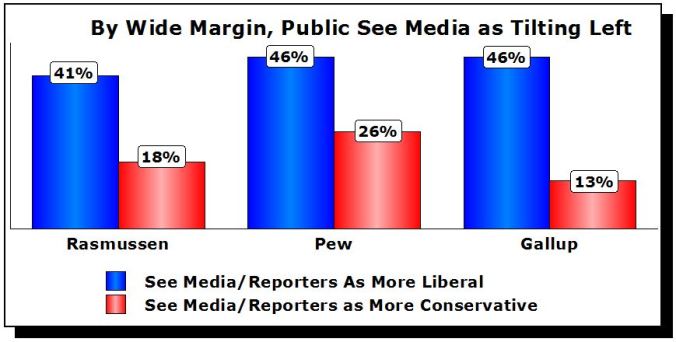 Wait—there are idiots out there who think the news media tilts right??

“How have we reached a point in this country when nearly half the voters of a U.S. state so mistrust, and even revile, major media outlets that they are willing to brush aside credible evidence and elect an accused sexual predator simply out of spite? How have we reached a point where a president of the United States can just declare ‘fake’ news he doesn’t like—and largely get away with it?”

—Politico writer Matt Latimer, in his recent post blaming the news media for the increasingly likely election of the objectively terrible Roy Moore to the U.S. Senate. (Lattimer does not give proper credit to the wave of accusations of sexual misconduct against Democratic elected officials, Hillary Clinton donors, left-leaning journalists, NPR executives, and Hollywood Trump-Haters.)

Latimer is far, far too mild in describing the answer to his question, but he is correct. The mainstream news media has been so arrogantly, blatantly, unethically and unprofessionally partisan and biased for more than a decade that it has forfeited any claim to be trusted or believed by anyone who does not ascribe to the political and ideological agendas of those who most journalists have decided it is their duty to promote, as opposed to their real duty, which is to practice objective, fair and competent journalism.

Ethics Alarms has documented this disastrous development, which naturally was denied by both journalists themselves and those who benefited most directly from their biases . I also stated exactly what would be the inevitable result of the “free press” becoming , instead of the public’s source of essential information about their nation and its government, a partisan tool of manipulation and deception. The result is an ignorant, cynical, distrustful public. The result is malfunctioning democracy. The result is elected officials of warped character and rotten ethics, who are at risk to betray the public trust for their own gain. The result is a dangerously divided society that acquires its information from the sources that signal that they share or support tribal biases.

A fool could see it, except so many fools would not.

Many voices, and I have been one of them, warned journalists that the inevitable consequence of their abandonment of the core values of their profession would be exactly what they have now. By abusing their influence and power,their power and influence is decreasing. The way to avoid this catastrophe—and a democracy lacking reliable, competent, objective journalists is facing disaster—was for reporters, editors and broadcasters to simply do their job the way all the ethics codes of their profession said it had to be done, and had been saying so for a century.

And yet they wouldn’t do it. Even after their obvious and unconscionable bias helped elect Donald Trump, they doubled down, actively allying themselves with an unprecedented effort to undermine an elected President from the moment he was sworn in, and even before.

Roy Moore is nothing compared to the horrors to come. Latimer’s essay equivocates and betrays its own biases, but provides a lumin of hope that maybe, finally, American journalists are waking up to their profession’s terrible miscalculation, and will dedicate themselves to regaining the public trust.

Let us pray they are, and that it isn’t too late.

23 thoughts on “Ethics Quote Of The Month: Politico’s Matt Latimer”