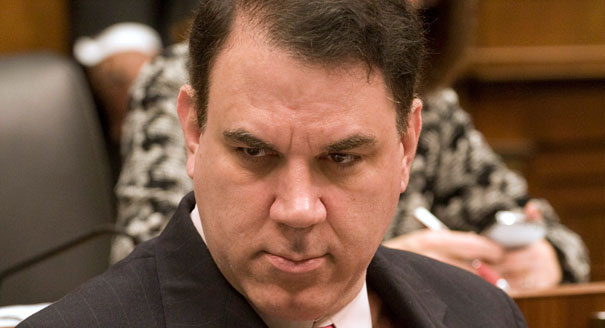 This is fortuitous timing! Yesterday Ethics Alarms praised a fact-check job by a supposedly non-partisan media bias watchdog site that critiqued Factcheck.Org’s analysis of the State of The Union. Today Bryan W. White informed us that the site in question favors PolitiFact, the vastly inferior factcheck site operated by the Tampa Bay Times. It is demonstrably one of the most left-biased and untrustworthy of all the fact-checking services. Bryan is a reliable authority on PolitiFact, having documented its partisan and dishonest work for years, and as co-creater of the PolitiFact Bias blog, for which he is the main writer.

Just in case there was any doubt about just how devoid of the necessary integrity and competence PolitiFact is for its mission, yesterday it announced that former Democratic Congressman Alan Grayson had been hired to critique PolitiFact and enhance its trust and credibility. Alan Grayson.

The same Alan Grayson who sent a complaint to then U.S. Attorney General Eric Holder asking him to prosecute a Republican activist  for starting an anti-Grayson parody website www.mycongressmanisnuts,com, mocking  Grayson’s typically hyperbolic site, http://www.congressmanwithguts.com,  suggesting  to Holder that Langley should be imprisoned for five years.  Now there’s respect for the First Amendment for you! What a perfect ally for a non-partisan media fact-checking operation, right?

Alan Grayson, the same politician I wrote this about in 20o9…

“Grayson is the Congressman whose explanation of the GOP position on health care was that “they want you to die.” He said that Dick Cheney speaks with “blood dripping from his teeth.” His mode of debate and persuasion, in other words, is insult and hyperbole. Respect for opposing views: zilch. Civility grade: F… He has endorsed unethical rules and plays by them…Grayson’s actions once again confirm a reliable rule of human nature: individuals who are habitually uncivil do not merely have a bad habit or poor self-control. They lack humility as well as basic respect and fairness toward others. The common, often uncivil but sometimes accurate  term for individuals like  Rep. Grayson is “jerk.”

“Rep. Alan Grayson of Florida…produced back-to-back attack videos on his Republican opponent, Daniel Webster, that intentionally and blatantly misrepresented the truth in order to support scurrilous, fabricated accusations. In the first ad, the fact that Webster accepted several student exemptions from the Vietnam war draft before he voluntarily reported to his draft board (and was rejected for a physical ailment) was portrayed as unpatriotic draft-dodging. In the second, Webster was shown repeating a Bible quotation calling for women to submit to their husbands…with the original context left out: Webster was citing the passage as the kind of literal Bible reading modern day Christian husbands needed to look beyond. In Grayson’s ad, however, this was proof that Webster was “Taliban Dan,” a “religious fanatic” who was determined to oppress women. Grayson is infamous for making unfair and baseless accusations against his political opponents, but these ads were his masterpiece. And, it appears, his political epitaph. Couldn’t happen to a more deserving guy.”

“…it was revealed that the disgusting congressman has been secretly moonlighting as a hedge fund manager. It sounds like a Saturday Night Live skit: “By day, a Wall Street-bashing, 1% hating, populist Democratic Congressman! By night, a wheeling and dealing hedge-fund manager!”

Do I need to explain why this is a slam-dunk conflict of interest with the appearance of impropriety? I don’t think so. It also smells of insider trading and using information privy to elected officials for personal gain. On the other side, he used his position as a U.S. House of Representatives member to attract clients.

From the New York Times (it’s me breaking in a couple of  times):

“This highly unusual dual role — a sitting House lawmaker running a hedge fund, which until recently had operations in the Cayman Islands — has led to an investigation of Mr. Grayson by the House Committee on Ethics.

“The inquiry has become public, but emails and marketing documents obtained by The New York Times show the extent to which Mr. Grayson’s roles as a hedge fund manager and a member of Congress were intertwined, and how he promoted his international travels, some with congressional delegations, to solicit business….The emails also show how Mr. Grayson’s work for the hedge fund — which had $16.4 million in assets as of October and only four investors since it was established — at times interfered with his other duties. In August 2015, after Mr. Grayson introduced legislation calling for larger annual increases in Social Security benefits, he signed off on a plan to highlight the proposal at an event in Tampa, Fla., emails obtained by The Times show. But the plan was scuttled, two former aides said, when economic turmoil in China sent stock markets tumbling globally and Mr. Grayson had to turn his attention to the fund…

In private emails in June, Mr. Grayson’s aides pleaded with him to close the hedge fund, convinced that its focus on investing in nations hit by political or economic strife, and its ties to the Cayman Islands, a notorious tax haven, sharply conflicted with his image as a scold of Wall Street…— even if he had not done anything wrong.”

The aides, or the Times, or both, mean ‘even if he had not done anything illegal.’

This violates the House ethics code, as clear as clear can be:

There is hereby established by and for the House the following code of conduct, to be known as the “Code of Official Conduct”:

1. A Member, Delegate, Resident Commissioner, officer, or employee of the House shall behave at all times in a manner that shall reflect creditably on the House.

2. A Member, Delegate, Resident Commissioner, officer, or employee of the House shall adhere to the spirit and the letter of the Rules of the House and to the rules of duly constituted committees thereof.

3. A Member, Delegate, Resident Commissioner, officer, or employee of the House may not receive compensation and may not permit compensation to accrue to the beneficial interest of such individual from any source, the receipt of which would occur by virtue of influence improperly exerted from the position of such individual in Congress…

Meanwhile, the House ethics handbook condemns “the appearance of impropriety” throughout.

Back to the Times…

“This is going to be the drip, drip, drip story that never goes away,” Doug Dodson, Mr. Grayson’s Senate campaign manager until the end of 2015, wrote in a June email to Mr. Grayson, saying his political opponents would “try to make you look like a hypocrite and a fraud and not the populist you claim to be….Sometimes, Mr. Grayson deployed his aides to work for the fund and his political activity at the same time. Todd Jurkowski, a former spokesman in Mr. Grayson’s House office, was the vice president for investor relations when the fund was started while also serving as treasurer for Mr. Grayson’s campaign in 2012. More recently, David Keith, finance director for Mr. Grayson’s Senate campaign, was being paid about $1,000 a month, in part to help Mr. Grayson in a search for new investors in his hedge fund, Mr. Keith said in an interview. He worked for Mr. Grayson from early 2014 to late 2015, he said….”

Responding to the New York Times report that Grayson promoted his international travels, some with congressional delegations, to solicit business for a hedge fund he controlled, then Minority Leader Harry Reid called for him to drop out of the Senate race in 2016. That’s right: Harry Reid—old “Romney didn’t win, did he?” himself— thought Grayson was too unethical for the Senate. This is like Pazuzu telling another demon that he’s too evil to be inside Linda Blair. More recently, Politico has reported  that Grayson’s ex-wife alleges that he beat her over  two decades of marriage.

I know I am going on at length, but there is a reason: PolitiFact is operated by the reporters and editors of a Florida newspaper, the Tampa Bay Times. Grayson was a Florida Congressman. There is no way PolitiFact was not aware of all of this. They have to know exactly what Alan Grayson is. So what does it tell us when a fact-checking operation, looking for a prominent political personage to enhance their trust and credibility, chooses someone like Alan Grayson? For this is signature significance:

It tells us that the fact-checking organization is so partisan that it doesn’t recognize when a Democrat is unethical beyond defense or redemption.

It tells us that the fact-checking organization does not have high regard for the values its mission is supposed to advance.

It tells us that the fact-checking organization is unqualified to assess whether any public official has been sufficiently honest, accurate and candid, and that its judgment is so wretched that no reasonable person chould pay any heed to its position on any matter political or otherwise.

In short, a fact-checking organization that, upon seeking a known figure to enhance its credibility and trust decides, “Hey! Alan Grayson! He’d be perfect!” understands neither credibility, nor trust, nor ethics itself.

After PolitiFact was hammered for the decision to employ Grayson from all sides, its executive director tweeted,

Wait:  To many?  Is PolitiFact saying that it doesn’t see what was wrong with Grayson, but since ‘many’ do, they reluctantly have to let him go? Grayson doesn’t meet the lowest threshold of acceptable ethics in a public official imaginable!

PolitiFact has given us all we need to know about its ethics alarms and judgment in order to completely distrust its fact-checks.

Oh-an update on the exploits of  that paragon of ethics that “many”—but not PolitiFact!—felt was not the best resource to enhance the site’s level of trust is here.

14 thoughts on “When Ethics Alarms Not Only Don’t Ring, But Signal That They Might Not Have Ever Been Operable: PolitiFact Reveals Its Incompetence And Untrustworthiness Beyond All Reasonable Doubt”