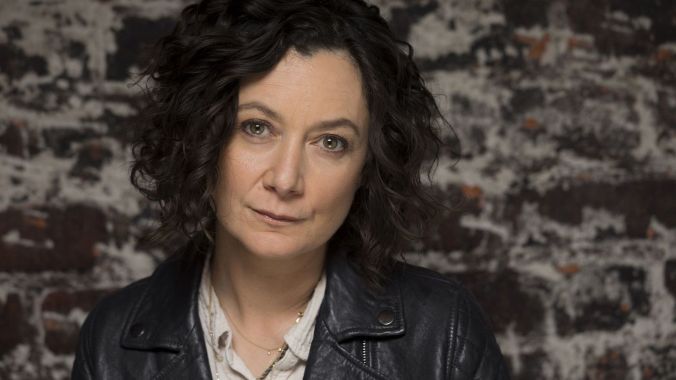 Following the implosion of the new “Roseanne,” ABC is reportedly considering rebooting the show without its evil, racist star. The idea is to spin-off a new “Roseanne” spore, this one focusing on Darlene, the character played since the original show’s inception by actress Sara Gilbert, who smartly signaled her virtuousness by being the first cast member to condemn her TV mother’s ugly tweet. From The Hollywood Reporter:

“As we previously reported, executive producers Tom Werner, who also executive produced the original series, and Gilbert, the main driving force behind the revival, are believed to be spearheading the efforts to continue the show and keep the writers, led by executive producer/showrunner Bruce Helford, and crew employed post-cancellation.”

The ethical value here is either incompetence—for this idea is doomed to fail—or dishonesty,  if ABC and Disney know it will fail, but are just launching a hopeless mutant to remove any lingering bad public relations over punishing hundreds of artists and fans of the new “Roseanne” because of a single, misbegotten tweet.

It is one or the other.

Why is the show doomed? One word: “AfterM*A*S*H.  Here’s another one: “Joey.” And another: “Flo.” Or “Grady.” Here’s  three words: “Joanie Loves Chachi.” Another three: “The Lone Gunmen.” Taking a subordinate character (or more) from a successful, star-led TV hit and trying to make a supporting actor type carry an otherwise starless enterprise is almost always a recipe for disaster. The exception, of course, is when the star of the new spin-off, previously just a supporting character, is a unique, vivid,charismatic, star-quality performer who just needed a chance in the spotlight. Sherman Hemsley, aka. “George Jefferson,” was an example.

Sara Gilbert is not such an example. She’s a decent actress with a narrow range, mostly consisting of sarcastic and cynical repartee.  She is no new face: Gilbert is 43 [This is a correction from the original post, which said she was 34.] .  She is no beauty; nobody is going to tune is to look at her. She has never been the star of any of her projects. She hasn’t made a film since 2004; on TV she has made the rounds of various dramas and dramadies, fewer comedies, though she has a continuing episodic role on “Big Bang Theory.” The verdict is in, however: Gilbert’s not a star. She’s a serviceable, competent, working actress. (Her sister, now retired, did have star power: Melissa Gilbert.) Nobody watched “Roseanne” to see Darlene.

I find it hard to believe show-business professionals actually believe a Roseanne-less “Roseanne” centering on a character played by a lifetime supporting actress is going to succeed. Then again, Tom Werner is the one who let Roseanne sing the National Anthem, so I guess it’s possible.

My best guess, however, is that Sara is being set up to fail, so ABC can say, “Well, we gave the cast a chance! It’s not our fault they flopped!”

32 thoughts on “Hey, ABC, Let Me Save You A Few Million Dollars…[Updated]”