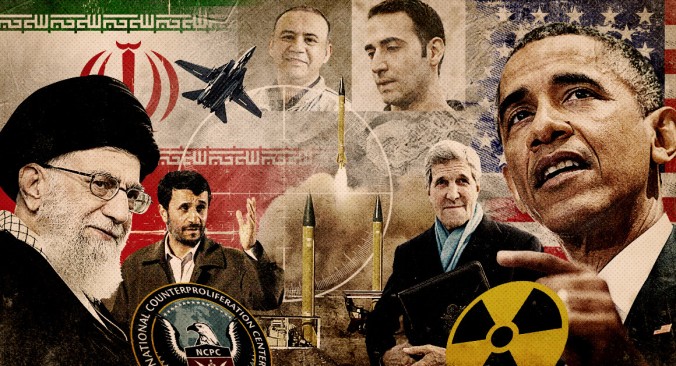 Every time either ex-President Obama or one of his slavish acolytes—you know, journalists?—make the statement that his tenure was “scandal free,” honest Americans who have been paying attention grind their teeth down a few more millimeters.

Of course, Obama had plenty of scandals, serious ones—at least they would have been serious in any other administration. The fact that the news media chose to minimize them or ignore them doesn’t make them less scandalous…in fact, that’s a scandal itself.  To name one example that especially rankles me, the IRS, an Executive Branch Agency, eventually admitted that it used its power to meddle in the 2012 Presidential election, against Obama’s opponent. However, the formula of lying, covering up, stalling, and having allies in the press call everything negative under Obama a “nothingburger” carried the day. This was SOP for eight years.

When Obama personally lied—20 times? 30?— about how his signature health care plan would work (All together now: “If you like your plan…”), somehow this Nixon-Clinton level of intentional dishonesty was shrugged off as “the ends justify the means.” The fact is that it was a real, calculated, intentional lie used to trick the American people, not just a case of a President being wrong. Bush didn’t know that Iraq didn’t have WMD’s. Obama had to know what his own health care bill would do.

Blecchh!. I can taste the tooth powder!

This week, another genuine Obama scandal was uncovered that would have had Democrats seeking impeachment votes if it had occurred under Reagan or Bush. The Obama administration secretly gave Iran access to the U.S. financial system, defying the sanctions still in place after the 2015 nuclear deal, despite repeatedly telling Congress and the public that it would not and did not do anything of the sort.

What would you call that?

After striking its bone-headed, constitutionally-dubious nuclear deal with Iran, the Obama administration wanted to give Iran the promised access to its freshly unfrozen overseas reserves, including $5.7 billion stuck sitting in an Omani bank.  Iran wanted to convert the money into U.S. dollars and then euros, but that would require our giving the rogue nation access to the U.S. financial system. Obama officials had  promised Congress that Iran would never gain such access. As was the usual solution for Obama when law, the Constitution or established procedure stopped something he had decided in his Wisdom was Good and Just, Obama had his Treasury Department issue a license in February 2016 that would have allowed Iran to convert $5.7 billion it held at a bank in Oman into euros by exchanging them for U.S. dollars. The scheme failed, for the Omani bank blocked the transaction, but this is just moral luck, and does not make the secret end-around the sanctions less wrong.

The license issued to Iran’s Bank Muscat made lies of public statements from the Obama White House, the Treasury and the State Department denying that the administration was contemplating allowing Iran access to the U.S. financial system. After the nuclear deal was announced  in July 2015, Obama Treasury Secretary Jack Lew testified under oath—lying to Congress is still a scandal, unless Obama officials do it, and they did it a lot—that even with the sanctions relief, Iran “will continue to be denied access to the world’s largest financial and commercial market.” A month after that, another Treasury official, Adam Szubin, testified that  “Iran will be denied access to the world’s most important market and unable to deal in the world’s most important currency.”

“The Obama administration misled the American people and Congress because they were desperate to get a deal with Iran,” said Senator Rob Portman (R-Ohio).   Verdict: Fair and accurate. And what is the rebuttal by the Obama-ites?

The Times, which is always eager to cover-up for Obama if it possibly can, report these excuses and rationalizations from Camp Obama:

I see. So since the spirit of the deal was “the public and giving away the store to Iran,” this was OK, then!

Ah! The old “we lied to dispel incorrect reports” dodge. What????

See, it all depends on what the meaning of “access” is.

Accurately identifying lies and deceptions to Congress and the public isn’t “maligning the deal.” It is called “revealing the truth,” you utter partisan hack.

Meanwhile, watch this become an instructive case of the mainstream news media burying, spinning, and misrepresenting the importance of a story that doesn’t fit its agenda. For example, most of the usual suspects lead the story like CBS’s headline, “GOP Senate report says…”

This gives leave to the Democrats, progressives, Obama-foot-lickers and GOP haters to disbelieve the story entirely—after all, this is a GOP committee, and you know what they do. But there seems to be no question about the accuracy of the report, and thus an honest, objective headline would be “Obama officials gave Iran secret access to U.S. financial system.”

But that would sound like a scandal, and we all know there were no Obama scandals.

The Times headline is sneaky and desperate, as only the Times can be: “Secret Obama-Era Permit Let Iran Convert Funds to Dollars.”

This would be funny, if it weren’t so sinister. “Obama era?” In 2013, the Red Sox won an Obama era World Series, but Obama and his administration had nothing to do with it. Does it hurt that much to say, “Secret Obama Administration Permit Let Iran Convert Funds to Dollars”? It would be honest, objective journalism, but that description would be impossible.

Obama didn’t have any scandals. Didn’t you know that?

11 thoughts on “Wait: Does President Obama Consider THIS A Scandal? Because, You Know, It Is…”