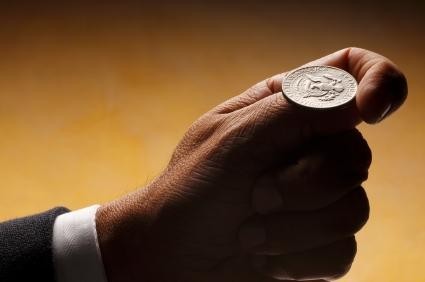 I haven’t posted a Comment of the Day this month, and it’s me, not you. I have a high quality backlog, in fact: my apologies. I’ll be working diligently to catch up.

First in the queue is Arthur in Maine‘s deft reflections on the post about the police officers who flipped a coin to decide whether or not to arrest a reckless driver.  (I tend to think that it is a very well-argued “Everybody does it” rationalization, but never mind…).

Here is his Comment of the Day on the post, Ick Or Ethics? The Officers’ “Coin Flip”:

When I was going to school in Boston, I made my beer money by working in emergency medical services. Part of that work was in a district of the city, and part of it was in the northern suburbs; the latter company was a private concern that had the EMS contract for three contiguous towns and did a boatload of transfer work on top of it. A terrible company, long since sold out, but that’s another story. Suffice to say that I liked the work itself, even if the company itself was lousy.

In that role, I came to know a lot of cops and firefighters really well. They weren’t that different from us, other than the fact that their jobs were a lot more dangerous than ours – and ours were dangerous.

First-response work requires that the teams work in very close proximity with one another, and teams are mostly together for their entire shifts. Depending on the branch, shifts can last between eight hours and 48 (yes, you sleep if there’s nothing going on). Inherent in a smoothly functioning unit in all three first-response disciplines is a good relationship between crew members; partners or teams at odds with each other become a huge problem. If they can, supervisory personnel will usually do their best to ensure that the personnel in a given car or truck get along well. It’s remarkably intimate.

In the world of first responders, gallows humor and inside gags predominate. The intensity and stress of the jobs virtually demands it. Things get said on the way to calls and on the trip back to the barn that many people probably wouldn’t appreciate. Jokes and gags run rampant, almost invariably with a dark, job-focused edge to them.

It doesn’t impact the ability of the vast majority first responders to do their jobs with competence once they arrive on the scene or are actively interacting with civilians.

Thus, I don’t view it as unethical. I view it as a natural and extremely typical example of what goes on in fire trucks, ambulances and police cars every day. This kind of thing is simply a coping mechanism that helps people the public depends upon to get in the morning, go to work and do their jobs without becoming so enraged, bitter and disheartened by what they see that they kill themselves – either slowly through drink, or quickly with their own bullet.

So let me add a third option to your impromptu quiz: is this a) unethical, b) ick, or c) an invasion of privacy? I would select c.

12 thoughts on “Comment Of The Day: “Ick Or Ethics? The Officers’ Coin Flip””