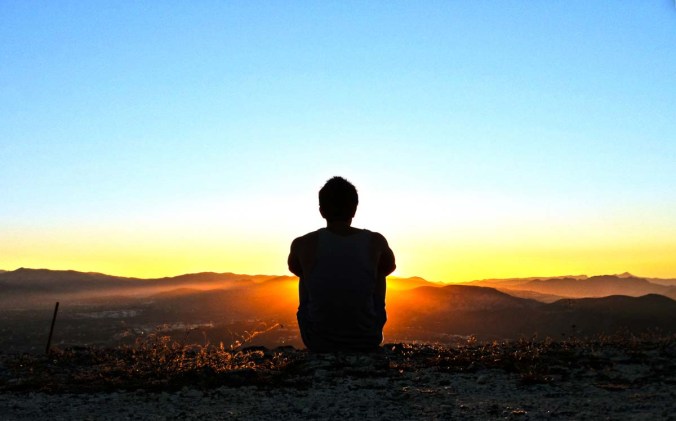 1. Nausea. This is a real headline from this morning’s New York Times:

Gee, the Times morphed into Media Matters so slowly that I hadn’t noticed!* In fact I had noticed, but that headline is a virtual declaration that the Times is now a fully committed partisan organ of the Democratic Party, and is no longer even pretending to be practicing ethical or objective journalism. Not only does the headline represent opinion rather than reporting, the Times was so desperate to color the story of the European Union tentatively reaching a new trade agreement with the U.S. that it felt it had to project its bias before anyone could read the story.

*With a nod to blogger Glenn Reynolds, who uses this as a regular jibe

2. Disillusionment. Netflix has finally concluded “The Staircase,” the now 13 episode documentary following the bizarre case of novelist Michael Peterson, who was convicted of murdering his wife Kathleen in 2001. Directed by French filmmaker Jean-Xavier de Lestrade, the first eight episodes aired on the Sundance Channel in 2005 and were an immediate sensation. It would be unethical to spoil the story or the documentary for you if you haven’t seen it, but a couple of spoilers lie ahead.

Anyone who continues to argue that it is ridiculous and “treasonous” for anyone to challenge the competence, objectivity, motives and trustworthiness of law enforcement, including the FBI, and prosecutors after watching this horror show has astounding powers of selective outrage.

The series also made me want to throw heavy objects at the TV screen as a result of the lazy, passive, indefensible conduct of the prosecutors and the North Carolina judge, who resided over every iteration of the case for 15 years. Since there was no way a rational jury could find Peterson guilty beyond a reasonable doubt based on the evidence, ethical prosecutors would never have charged and tried Peterson. (A jury finding a defendant guilty on inadequate evidence doesn’t necessarily mean that the case was a just one.) It is especially infuriating for the viewer (so imagine what Peterson thinks) to hear the judge today blandly concede that two controversial pieces of evidence he allowed into the trial were, upon reflection,  unjustly prejudicial, and that he believes that there was ample reasonable doubt for the jury to acquit. Then he tries to make the argument that the “system works” based on a mess of a case and an investigation that still hasn’t explained how Kathleen Peterson died.

It does explain, however, why so many Americans don’t trust the justice system or the alleged professionals who run it.

3. Guilt.  Schadenfreude occurs when one experiences pleasure, joy, or satisfaction from the troubles, failures, or humiliations of someone else. The feeling itself is not unethical, for emotions, feelings and thoughts are never unethical. Nonetheless, it is a good idea for someone aspiring to be more ethical to minimize the ugly, mean or ethics-undermining thoughts rattling around in his or her skull, to the extent that it’s possible.

I am pondering this question because last night, while playing the Kansas City Royals, The New York Yankees’ best player (I would have voted for him as last season’s American League MVP), rightfielder Aaron Judge, was hit by a pitch and suffered a chipped wrist bone. He will be out of the line-up for at least three weeks.

But objectively, I like Aaron Judge. He’s a wonderful, unique player; he is, unlike so many Yankee stars of the past, a genuinely nice guy; he is fun to watch and great for baseball, which is very important to American culture. Taking pleasure in his misfortune is straight-up Golden Rule defiance: if Boston’s best player—opinions differ regarding whether that would be Mookie Betts or J.D. Martinez–suffered a similar injury, someone would be talking me off a ledge right now. Ethically, I should be feeling sympathy for my Yankee fan friends, even the ones who mocked me mercilessly in 1978, when Bucky ^%$$#&$# Dent got lucky and popped a ball into the Fenway Green Monster net to win the single play-off game that gave the Yankees a title that the Red Sox seemed to have all wrapped up two months earlier.

I should be feeling compassion and pity for Judge, too. Nonetheless, self-interest is the most powerful bias of them all, and also a necessary one, essential to survival. I’ve concluded that it isn’t reasonable to hold human beings to an artificial standard that requires them to ignore the fact that an event benefits their interests. It is sufficient to recognize the ethical conflicts, make a note, be aware of the bias, and then move on.

4. Apathy. In case you wondered,I don’t care two shakes of a lamb’s tail about Michael Cohen’s tapes. The only reason they are newsworthy is as part of the concerted mainstream media effort to embarrass and undermine the President. Cohen, whom I flagged as incredibly unethical and sleazy years ago, will soon be disbarred. Tapes of client conversations are per se unethical, and also inadmissible in court. The tape played by CNN was incoherent, and did not provide evidence of any crime. The recording also did not involve acts occurring during Presidency. The election law violation theory is and has always been a ridiculous stretch by “resistance” lawyers like Richard Painter.

I always assumed that Trump, being the kind of person he obviously is, has numerous affairs, abortions, pay-offs and the like in his past, and anyone who voted for him (I did not) who didn’t assume that has the acumen of a door-stop. (This applies to Melania as well.)

The anti-Trump deranged are excited because Cohen says he’ll testify that the President knew—contrary to his claims— about  the “attempted collusion” meeting between Natalia Veselnitskaya and Jared Kushner, Don Trump Jr., and Paul Manafort in June of 2016, a meeting, it must be emphasized, that was neither illegal nor that resulted in anything substantive. From Business Insider:

CNN and NBC News reported on Thursday night that Cohen has no evidence that Trump had advance knowledge of the meeting, but is willing to testify about it under oath to the special counsel Robert Mueller… Cohen reportedly did not mention this new claim when he testified to two Congressional committees in 2017, according to CNN. Additionally, a person familiar with Cohen’s House Intelligence Committee testimony told CNN that Cohen said nothing at the time about whether or not Trump knew of the 2016 meeting.

This guy is an astoundingly unethical lawyer and a desperate creep.  He has no credibility at all. Cohen’s greatest negative impact on Trump is his existence: only a slimy individual who values ethics as much as I value the NFL would have a lawyer like Michael Cohen anywhere near him.