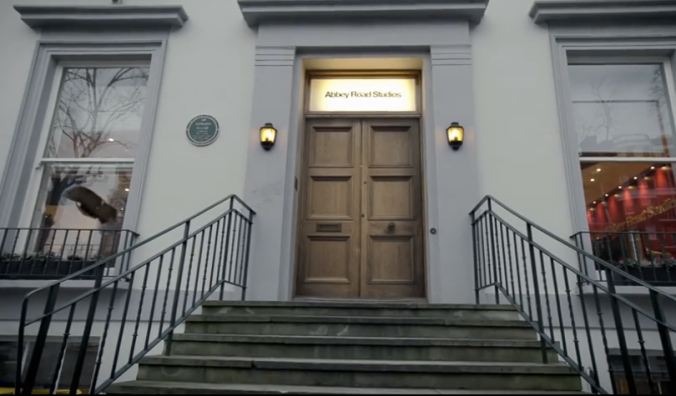 1.  More Scorpion-Frog Ethics. I refuse to do a full post on Omarosa, the latest slimy opportunist the mainstream media is suddenly treating as a trsutworthy source because she claims to have dirt to spill on President Trump. To ist credit, NPR is at least flagging her sliminess, in a post titled “Omarosa Tells NPR She Heard Trump ‘N-Word Tape,’ Contradicting Her Own Tell-All Book.”

As I wrote regarding Manigault Newman previously (and the same applies to Michael Cohen), one can be nauseated by the disloyalty, dishonesty and venality of such scum and still have little sympathy for their victim, Trump, who was a fool to trust such obviously untrustworthy individuals, give them influences, notoriety and power they are unfit to have, and still claim to be hiring and appointing “the best people.”

The same sentiment applies to the biased, obsessed and incompetent news media. If journalists keep presenting present the likes of Omarosa, Cohen, Stormy Daniels, Michael Wolff, and, yes, James Comey, as credible first-hand Trump accusers, how can they expect the public to take any legitimate future accusers seriously, should any appear? Their predecessors will have all been obvious publicity-seekers, shake-down artists, motivated by personal agendas or greed, and obviously so. The news media, meanwhile, undermines its own credibility—what little remains–by so eagerly treating these tarnished sources as if they were not what they so obviously are.

2. They’re baaaack!. The NFL’s pre-season games are underway, and what do you know? The players are kneeling again, protesting during the National Anthem in what they deny is a protest of the National Anthem in what the news media regularly calls the “National Anthem protests.”  Wait, what’s that protest about, exactly? The New York Times has settled on “social inequality and police brutality.” And what do they mean? Here’s the latest interpretation by one of the most prominent Kneelers, Malcolm Jenkins of the Philadelphia Eagles:

“Before we enjoy this game lets take some time to ponder that more than 60% of the prison population are people of color. The NFL is made up of 70% African Americans. What you witness on the field does not represent the reality of everyday America. We are the anomalies…”

Anomalies because they aren’t in jail? That sounds rather racist to me. Anomalies because they make millions of dollars? Are the Kneelers saying that all African Americans should be making a lot of money? That prison populations should be representative of the same demographic percentages as the public as a whole? Is he calling for affirmative action in the courts (social justice, I guess) or claiming that the large black prison population is caused by police brutality?  That’s funny: I assume that it is because a disproportionate number of blacks are committing crimes. Is that their fault, or the fault of NFL ticket-holders? This remains the most incoherent, self-indulgent protest ever, and one that prompted one of the President’s more accurate tweets–-two, in fact:

The NFL players are at it again – taking a knee when they should be standing proudly for the National Anthem. Numerous players, from different teams, wanted to show their “outrage” at something that most of them are unable to define. They make a fortune doing what they love………..Be happy, be cool! A football game, that fans are paying soooo much money to watch and enjoy, is no place to protest. Most of that money goes to the players anyway. Find another way to protest. Stand proudly for your National Anthem or be Suspended Without Pay!

That last part relates to the also incoherent NFL policy on kneeling during the anthem. On this, Jenkins told Philly.com, “Quite frankly, guys in our league don’t like being told what to do, what they can and can’t do. We don’t have this type of policies for the other causes we support, whether it be our ‘Salute to Service,’ or breast cancer awareness, or anything else. It’s just when you start talking about black folks, quite frankly. It’s disheartening, but we’ll continue to be creative.”

Huh? Employers in all professions and occupations tell employees what to do, and on-the-job protests disrupting the workplace are universally forbidden. (I know you guys are “anomalies,” Malcolm, but you still collect a paycheck…) Do these players really not see the distinction between engaging in a league-approved promotion like ‘Salute to Service,’ or breast cancer awareness, and a wildcat protest that annoys and insults paying customers? Is anyone going to fact-check that misleading statement,  as someone like Snopes undoubtedly will, regarding the President’s mistaken claim that “most of that money goes to the players”?

Then, “quite frankly,” we get the race card. Of course! “When all else fails…”

Does anyone seriously believe that if only white football players were protesting during the National Anthem, nobody would object?

3. Cue the Harry Truman quote: A Harvard statistician, Mark Glickman, has developed an algorithm to determine the likelihood that a Beatles song melodywas written by John Lennon or Paul McCartney. Here’s a podcast about it.

The bickering between the two former partners about who wrote what was a sad consequence of the great band’s break-up. It is clear from various accounts and interviews that they collaborated to a greater of lesser extent on many of the songs, and their original agreement to take joint credit for every Beatles composition not written by George Harrison or Ringo was the perfect embodiment of Harry Truman’s quote, “It is amazing what you can accomplish if you do not care who gets the credit.” Their post-dissolution disputes were petty, and so is the algorithm. (Pointer: Althouse)

4.  This is management ethics. It just happened in baseball….Washington Nats relief pitcher Sean Kelley hurled his glove to the field and glared into the dugout  after he allowed a two-run homer wne he was called upon to pitch in the 9th inning of a 25-4 blowout Nationals win.

Some took the display as anger that he had been asked to pitch in a non-competitive game, and afterwards, team GM Mike Rizzo essentially fired Kelley, removing him from the roster with a statement declaring the pitcher disrespectful and a negative force on the team. This seemed like an over-reaction. Kelley did not have any previous reputation for disruption, and the Nationals, by acclamation the most disappointing baseball team in the 2018 season, could not afford to weaken their bullpen while they still were fighting for the National  League East title.

Now we learn that after the glove-throwing incident, Rizzo engaged Kelley in a furious shouting match in the dugout and had to be separated by players. On the field misconduct by a baseball player should be handled by the manager, and if the general manager is to be involved at all, it should be behind closed doors. Now it looks like Rizzo’s move in dumping the pitcher was an emotional and personal reaction rather than one made solely in the best interests of the team, especially since Rizzo had just previously released another effective reliever whom he suspected was leaking to reporters that there was turmoil behind the scenes at Nationals Park. Ya think?

Shortly after Kelley was jettisoned, the Nationals had to place their primary closer on the disabled list, and have lost two crucial games because of inadequate relief-pitching.

5. Another zombie Ethics Alarms post sighting. This post, about my encounter with a female jogger in my neighbor hood, just re-animated today.