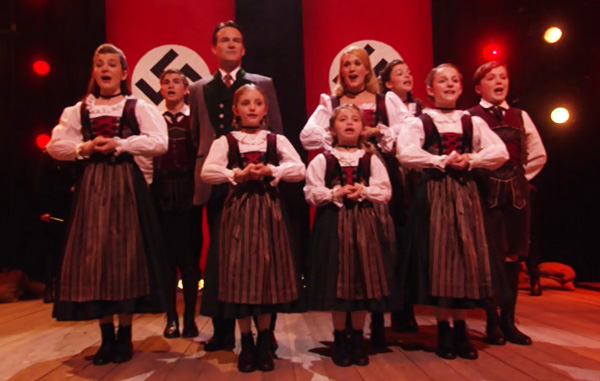 I usually hesitate to call for anyone to be fired, though there have been exceptions. In this case, however, the call is mandatory on ethical grounds. It is unethical for a school dedicated to the arts to hand oversight to an gross incompetent who doesn’t comprehend the arts she is supposedly responsible for teaching; it is unethical for someone to take on this responsibility who is wildly unqualified for the job; and it is unethical for that individual to act in a way that undermines the mission of the school she heads.

I have just fairly described Lisa Mars, currently the principal at the Fiorello LaGuardia High School, the high school “of music, arts the performing arts” made famous in the movie and TV show, “Fame.”

On opening night of a school production of “The Sound of Music,” she ordered all Nazi-themed props and set pieces struck. They are offensive, you see. Never mind that the show is set during Germany’s take-over of Austria as the Third Reich was expanding. Never mind that Nazi Germany and its officers are major elements in the plot, or that the plot is based on the real-life escape of the singing Von Trapp family from the Nazis. Never mind that theater is a representational art form. Stage deaths are not real killings, stage rape isn’t really rape, stage racism isn’t really racism, and stage representations of Nazi symbols do not promote fascism. Most grade-school actors can grasp this basic principle, but not the head of a school for the performing arts.

“This is a very liberal school, we’re all against Nazis,” one sophomore said. “But to take out the symbol is to try to erase history.” Yes, that too. “Obviously the symbols are offensive,” he added. “But in context, they are supposed to be.”

Remember, this fiasco is a direct result of the stamp of approval delivered by censorious progressives as they endorsed historical airbrushing, as with the banning of the Confederate flag at Civil War battlefields, the toppling of statutes honoring figures who supported the Confederacy, and the re-naming of buildings, schools and public places because the names  evoked uncomfortable aspects of American history.

Mars has not responded to the uproar her cretinous, “woke,” anti-theater move launched, but the city’s Department of Education quietly over-ruled her, announcing that the Nazi flag would still appear in the show. “The use of this historical symbol of hatred … serves both an artistic and pedagogical purpose, and the decision to include it was made in collaboration with school staff, students and families,” said city education spokeswoman Miranda Barbot.