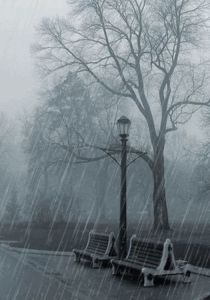 Rain rain go away; come back another day; Jackie wants to GET THE %$#^&@!!! Christmas tree up and start the annual  10 hour HELL of decorating it!

1. Is Facebook blocking Ethics Alarms? Several readers have reported that their efforts to share posts have been foiled. I can’t post links to it; my last several tries on two different posts have gleaned an error message. No one has shared a post to Facebook anywhere for nine days, which is very unusual. The last Ethics Alarms post with any shares was the “Kiss the Girl” post, which had quite a few.

I also have no idea what to do if Facebook is blocking the blog, and not much motivation to do it. Increasingly I am finding that my Facebook friends are making me lose respect for them with their constant virtue-signaling to the Left and refusal to accept any contrary opinions without stooping to personal insults. The “Facebook community” standards are incompatible with ethics commentary? I’m not surprised, and it can bite me.

I have literally never written anything that would justify social media censorship, assuming fair, responsible and free speech-respecting social media.

2. “The best people.” Ryan Zinke is finally leaving the Cabinet, and the President will be looking for a new Interior Secretary. The former Montana congressman and Navy Seal had an ethically tone-deaf and politically controversial tenure, facing nearly 20 federal investigations ― one of which his agency’s inspector general recently referred to the Justice Department for possible criminal violations. Like Trump himself, Zinke was incapable of recognizing that when you embark on a controversial policy mission, you have to stay squeaky clean, or the news media bring you down. This is simply stupid, arrogant and self-destructive.  Zinke should have been fired months ago.

3. Hooray!The NFL isn’t as criminal as it used to be! I guess that’s something. It was reported that “only” 36  incidents occurred in 2018 that ended in the arrest of an NFL player, down (so far) from 49 last year, and 80 a decade ago.

I guarantee that you can count the parallel incidents in Major League Baseball on one hand, every year.

4. Obamacare was declared unconstitutional in federal court, whatever that means.  I don’t know at this point whether the decision has a prayer of surviving. I do know that the legislation is and was a fiasco, and that this is what one gets when a party decides to rush major legislation through while by-passing the other party, a President repeatedly lies about it to get public support based on misinformation, and the bill is voted on with few, if any, legislators actually reading the law.

I also continue to marvel at the number of otherwise intelligent Americans who continue to idolize President Obama, who is responsible for this mess and claims it as his “signature achievement”—all while the same Americans rail about President Trump’s “lies.” He has not made a single misstatement in the past two years that has been a fraction as consequential as Obama’s lie about the Affordable Care Act.

5. Poll update: Here are the results of the poll on demanding refunds for a professional stage performance. I’d love to know the reasoning of the single voter who thinks a refund is obligatory when an understudy has to perform. Such a rule would have curtailed, if not prevented, the careers of such famous last-minute understudies as Shirley Maclaine and Lanie Kazan. My favorite understudy story is that of Jane Curtin, who was a hat-check girl at Second City. One of the female performers was ill, and Curtin talked management into letting her go on in her place, after she swore that she knew all of the routines by heart. She never checked another hat.

6. Unethical legal filings, Harvey Weinstein Ethics Train Wreck division. (Pointer: Pennagain)  In a lawsuit filed this week against Weinstein, an actress  claims he forced her to perform oral sex on her,  masturbated in front of her and on her, and threatened to end her career if she didn’t submit. The suit also claims that Weinstein said  “I slept with Jennifer Lawrence and look where she is; she has just won an Oscar.”

Lawrence quicky issued a statement on Friday denying that they had a sexual relationship.

Nice: an alleged Weinstein victim feels that it is necessary to sully Lawrence’s reputation while seeking her own compensation. This is a high-profile matter: whatever is in the court filings can be guaranteed to be made public. What possible justification would there be to exploit Lawrence in the filing? Weinstein’s statement about Lawrence is hearsay, and even if he said it, that doesn’t make it true or likely to be true. Moreover, what he said isn’t incriminating even if it is true. It’s not illegal to have sex with Jennifer Lawrence. All that detail in the  complaint can do is hurt Lawrence.

7. When all else fails, try the truth. Katelyn Caralle reports in the  Washington Examiner:

Sen. Elizabeth Warren, D-Mass., said Friday that she is not a person of color, despite her previous claims to Native American ancestry.

“I’m not a person of color. And I haven’t lived your life or experienced anything like the subtle prejudice, or more overt harm, that you may have experienced just because of the color of your skin,” Warren said at Morgan State, a historically black college in Baltimore, Md, according to the Washington Post.

In other news, Bill Clinton announced that he did have sex with that woman, Hillary said that she did send classified material over her home-brewed server, and O.J. admitted that he killed Nicole.  President Trump agrees that the crowd at his inauguration wasn’t all that big. Oh! I nearly forgot! Barack Obama says, “Okay, you won’t be able to keep your health care plan.”