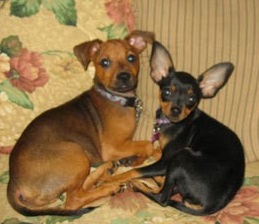 This is, I know, a poor topic for Christmas, but it just came down the chimney.

While shopping yesterday, we encountered a man who lived in the neighborhood. Rugby had enjoyed conversing with the two dogs owned by the man and his wife, two friendly, lively min-pins. As shoppers bustled around us, our neighbor announced that he was more our neighbor than ever: he and his wife had moved from where I had met them to a home less than a block away from ours, on the long street that our cul de sac opens onto. The reason for the move: their next-door neighbor had poisoned their dogs. One had survived.

Our neighbor said that they had called the police, who investigated. Based on motive (the there had been a property dispute, and the resulting law suit had gone our friends’ way), opportunity, and the demeanor and comments the police got while questioning the suspects as well as accounts about their threats and general sociopathic tendencies from others on the street, the police reported that they were pretty sure my neighbors’ neighbor were the culprits, but that they did not have sufficient evidence to make an arrest.

This story had unpleasant resonations for me. My Dad, when he was a 10 year-old only child being raised by a single mother during the depression and having to move to new neighborhoods constantly, owned a large, loyal Airedale named Bumbo. One day someone put ground glass in his beloved dog’s food dish, and my father had to see his best friend die in agony in his arms. It was one of the great tragedies of his life. His mother was certain who had killed the dog, but again, there was insufficient proof.

Is my neighbor obligated to tell anyone who is interested in renting or buying his now-abandoned property that the neighbor poisoned his dogs?

This is a little bit like the murder house/haunted house issue—you know, like when you are trying to sell the house in “The Amityville Horror,” or where you were visited by four ghosts on Christmas Eve*—but with a material difference. In those disclosure dilemmas, the potential danger is speculative at most, merely ick at worst. Not here: anyone who would poison a dog is a genuine monster. However, the law is a problem: absent proof, accusing someone of a crime is per se slander, especially when the crime is as ugly as this one. Yet persuading someone to move next to a human being capable of such an act seems itself criminal. (You will find a related essay here that does not involve selling or renting a house.)

What would you do? I’m stumped, but then the thousand fir needle pricks may have become infected and are affecting my brain.

UPDATE: Apparently some have not seen the many references to Rugby here. This is Rugby, who is a 15-year-old Jack Russell Terrier, still going strong: 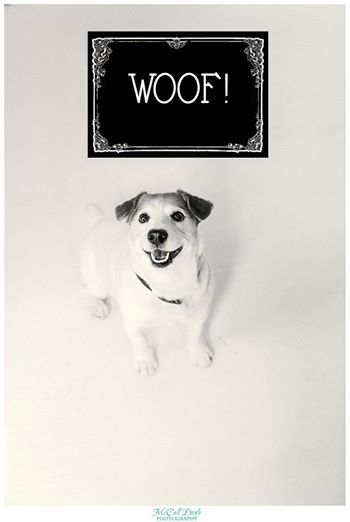