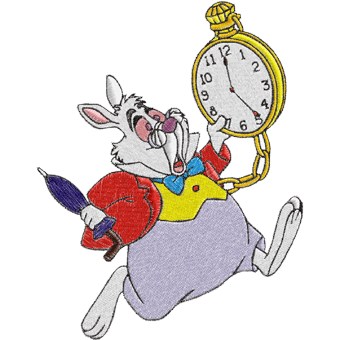 Boy, am I glad THAT week is over.

1. Moral luck saves the 2019 baseball post-season…for now. MLB missed a major disaster when an umpire missed a clear strike three (he ruled a foul) on Yankee slugger Gary Sanchez in a tied and crucial game between the Houston Astros and New York.  It was the 11th inning, meaning a tie-breaking run would mean a likely Yankee victory.  THAT would have meant that the Astros would have lost the first two games of a seven game series at home, a hole that very few teams in baseball history have been able to overcome.

Sanchez  struck out on the next pitch, and a Carlos Correia home run in the bottom of the inning sent the Astros to Yankee Staudium in a series tied 1-1. The botch was moot, and will soon be forgotten. But if he Sanchez hit a home run or otherwise led the Yankees to a decisive score, the ALCS might have been completely turned by a blown call captured on video for all to see.

And there would be no excuse: the rules allow no appeal on that kind of play, but there has to be.

Yes, it was “moral luck” again. The fact that the worst didn’t happen doesn’t change the seriousness of the fact that only luck saved the day and prevented a blot on the integrity of the whole 2019 post-season. Maybe it would have been better if the bad call had altered the game, the series, and the World Series. Maybe then baseball would stop waiting for the high-profile disaster caught on video that will force it to have ball and strikes called by technology. It took an umpire’s obvious blown safe call in what should have been the last out of a perfect game to make baseball go to replays, and anyone who watches many games knows how many times a reversal changes game outcomes.

2. Yes, Adam is on Part 2 of the list of impeachment coup villains, coming right up after this post. Appearing on CBS’s”Face The Nation” yesterday, House Intelligence Committee Chairman Adam Schiff  conceded that there was no quid pro quo offered by  President Trump and Ukrainian President Volodymyr Zelensky in their infamous phone conversation. “There doesn’t need to be a quid pro quo,” Schiff said. Of course not! And there doesn’t have to be a election that the President is supposedly trying to influence, and the man targeted in the alleged collusion doesn’t have to be running in the election (as he almost certainly will not be), and the conversation doesn’t have to be illegal, as it was not. In Schiff’s view and that of his coup-minded party, high crimes and misdemeanors aren’t necessary either.

3. Here’s an ethics conundrum that was supposed to be a solo post, but I don’t understand the topic well enough to opine confidently.  Here, I‘ll just quote the source, ZDnet:

This happened earlier today and involved the Muhstik gang. Muhstik is a recent strain of ransomware that has been active since late September, according to reports [1, 2, 3].This ransomware targets network-attached storage (NAS) devices made by Taiwanese hardware vendor QNAP. The gang behind the Muhstik ransomware is brute-forcing QNAP NAS devices that use weak passwords for the built-in phpMyAdmin service, according to a security advisory published by the company last week.

After gaining access to the phpMyAdmin installation, Muhstik operators encrypt users’ files and save a copy of the decryption keys on their command and control (C&C) server. QNAP files encrypted by Muhstik can be recognized by each file’s new “.muhstik” file extension.

One of the gang’s victims was Tobias Frömel, a German software developer. Frömel was one of the victims who paid the ransom demand so he could regain access to his files.

However, after paying the ransom, Frömel also analyzed the ransomware, gained insight into how Muhstik operated, and then retrieved the crooks’ database from their server.

“I know it was not legal from me,” the researcher wrote in a text file he published online on Pastebin earlier today, containing 2,858 decryption keys….Besides releasing the decryption keys, the German developer also published a decrypter that all Muhstik victims can use to unlock their files. The decrypter is available on MEGA [VirusTotal scan], and usage instructions are avaiable on the Bleeping Computer forum.

In the meantime, Frömel has been busy notifying Muhstik victims on Twitter about the decrypter’s availability, advising users against paying the ransom…

In other words, Frömel hacked the hackers. It was vigilante action and revenge. Was it still ethical? Is this kind of thing ethical in cyber-world, when it clearly is not everywhere else? [Pointer: Valkygrrl]

A modest proposal for my fellow journalists: Could we declare a bipartisan amnesty for the stupid things people did in high school and college—or at least stop pretending that these things have any relevance in judging a middle-aged adult’s professional competence?

I realize that this suggestion will trouble the many liberal journalists who have worked diligently to reveal what might or might not have happened at a party at Yale that might or might not have been attended by Brett Kavanaugh during his freshman year. (The definitive conclusion from thousands of hours of investigative reporting: people at the party were really drunk.) Nor will it appeal to the conservatives now savoring the seemingly endless series of photos of a young Justin Trudeau in blackface. (The Babylon Bee, a news-satire site, delivered the coup de grace: “Rare Photo Surfaces of Trudeau Not in Blackface.”)

I also realize that it’s futile to appeal to my colleagues’ sense of perspective or feelings of compassion. These qualities have always been in short supply in our profession, and they’re rarer than ever in the age of “cancel culture.” We can convince ourselves that anything is newsworthy if it embarrasses the other side and generates enough clicks.

….But now journalists have a selfish reason to behave decently: mutual assured cancellation, a strategic doctrine that has emerged from the recent media furor involving Carson King…It should have been a feel-good story, but then a Des Moines Register reporter unearthed a couple of racist jokes that King had tweeted seven years earlier, when he was 16. The Register’s editors decided that this information needed to be included in the article. Meantime, just before the story ran, Anheuser-Busch independently found out about the tweets and announced that it would honor its donation pledge but sever all ties with King. Just like that, King was demoted from philanthropist to pariah….The Register was besieged by readers outraged at its treatment of King, and they didn’t just write letters to the editor. They retaliated by studying the social-media history of Aaron Calvin, the reporter who had written the article—and who’d made a few offensive posts of his own, before joining the paper. …The sensible strategy for the editor would have been to deescalate: apologize to King, make a penitential donation to the hospital, and vow to stop punishing people for youthful mistakes irrelevant to what they’re doing today. Instead, Hunter wrote two columns defending the editors’ decision and primly announced that her reporter had been fired for his past sins. It doesn’t seem to have occurred to Hunter that she and the rest of the paper’s management are now prime targets for cancellation themselves. Perhaps they’ve been more careful in their tweets than King or Calvin, but did none of them ever do anything stupid? By their standards, anything from high school onward is fair game. And judging by the reactions of many mainstream journalists, an evidence-free accusation based on a distant memory from an anonymous accuser is damning, as long as it seems “credible”…

Read it all.
I’ve lost a lot of respect for a lot of people in the last three years, but perhaps no single episode caused me to re-evaluate positive feelings toward friends and colleagues as much as the Kavanaugh fiasco. People looked me right in the face and argued that unsubstantiated rumors of what a judge with an unblemished record might have done as a minor 30 years ago implicated his fitness to serve on the Supreme Court. This violated common sense, it violated simple fairness and decency, it violated logic, and it violated the Golden Rule.

22 thoughts on “Monday Morning Summary Of What Would Have Been In The Sunday Ethics Warm-Up That I Was Supposed To Post But….Aw, Forget It. Here’s Some Ethics Stuff…”