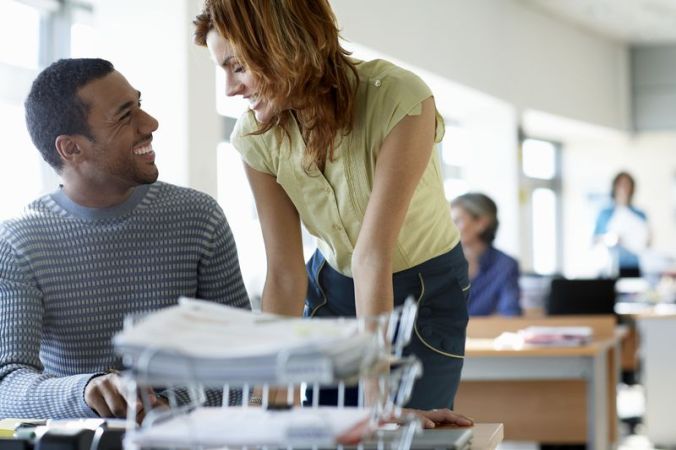 Some examples (such as requesting a sexual favor) were obviously inappropriate, and were classified as such across all countries. Asked if a compliment on a woman’s appearance  could be classified as sexual harassment,  U.S. were a different matter. roughly a third of those under 30 in the U.S. answered, “Yes.”

Thus we see how #MeToo propaganda has succeeded in convincing a large proportion of Americans that the simple act of engaging in the long-standing, traditional  social balm of being nice should be avoided and even punished. For them, an innocent compliment must be regarded with suspicion. Since whether an arguable sexually inspired comment  makes the recipient “uncomfortable” and is therefore “unwelcome” is the necessary predicate to a sexual harassment complaint and law suit.

There are certainly ways in which a compliment can legitimately constitute harassment. When I use actors (“The Ethical Arts Players”) in my sexual harassment trainings, I often have them do a series of scenes involving workplace compliments with a variety of words, inflections, looks and gestures, and ask the group to identify when lines have been crossed. It’s not a hard exercise, for the most part. The distinctions between “That’s a lovely outfit!” and “The way that blouse shows off your curves is terrific; you should wear it more often!” or  between ” I see you got a new suit. Very handsome,” and “The way that suit accentuates your shoulders and arm muscles is hot. You’ve been working out,  Keep it up!” should be pretty clear.

A tougher call is how to encourage a co-worker who has been losing weight and getting in shape without sounding like you’re flirting. “Your diet is sure paying off! Good for you!” shouldn’t threaten anyone. “Wow! You’re sure looking sexy lately. Whatever you’re doing, keep it up!”  creeps close to the line and maybe over it, and “Lose much more weight, and you’ll be too distracting to work around! Wow!” is unprofessional at best, and could easily make a co-worker uncomfortable. Repeated references to personal appearances and physical characteristics also risk meeting the “pervasive” standard in harassment law.

But when co-workers are afraid to offer polite, friendly, compliments because the recipient might be primed to take offense, the activists will have succeeded in making human relations colder, lonelier, paranoid and dysfunctional.

Writes Annie Holmquist in Intellectual Takeout, which she edits,

Have we intensified the fight against sexual harassment to such an extent that men can no longer feel free to offer a polite, kind compliment to women on a new dress, a certain hairstyle, or a mannerism or ability which is admirable? Have we encouraged women to be on guard against men to such an extent that we set even our little girls on edge against a hug from relatives at holiday gatherings? And if so, does it not seem that our efforts to create a less toxic environment for women may actually be escalating that toxicity for both sexes?..

…If we want civility to return in the dealings between men and women, do we first have to stop labeling good, gentlemanly manners as sexism which must be stamped out?

The answer to her last question is “No,” and this topic gives me an opportunity to repeat two of Ethics Alarms favorite quotes, both used here recently:

“In order to have enough liberty, it is necessary to have too much.”—Clarence Darrow

“If you leave it to them, they will crochet the world the color of goose shit”—Jacques Brel.