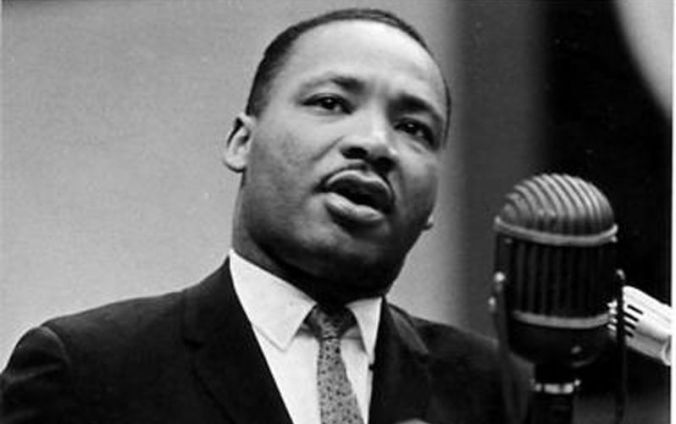 Let us be grateful today for Rev. Martin Luther King.

I have no doubt that the nation would be a worse place today without the leadership of Martin Luther King, and I believe a holiday dedicated to honoring him is appropriate. He is also a symbol, perhaps, of the toxic hypocrisy dividing the nation, as well as the excesses and exploitation of the civil rights movement since his death.

From Jonathan Rauch’s review of Christopher Caldwell’s new book, “The Age of Entitlement”:

In Caldwell’s telling, the Civil Rights Act, which banned many forms of discrimination, was a swindle. Billed as a one-time correction that would end segregation and consign race consciousness to the past, it actually started an endless and escalating campaign of race-conscious social engineering. Imperialistically, civil rights expanded to include “people of color” and immigrants and gays and, in short, anyone who was not native-born, white and straight — all in service of “the task that civil rights laws were meant to carry out — the top-down management of various ethnic, regional and social groups.”

With civil rights as their bulldozer, in Caldwell’s view, progressive movements ran amok. They “could now, through the authority of civil rights law, override every barrier that democracy might seek to erect against them”; the law and rhetoric of civil rights “gave them an iron grip on the levers of state power.” And so, today, affirmative action discriminates against whites and then lies about it; public and private bureaucracies trample freedom of association; political correctness stigmatizes dissent and censors language and even thought; “every single state must now honor” Martin Luther King Jr., “and affirm its delight in doing so.”

1.  Senator Warren’s latest lie! The previous post about Warren lying omitted her most recent one, which came up while I was drafting it.

Campaigning in Iowa,  Warren was asked  when she plans on using presidential authority for some of her policy agenda instead of relying on Congress. She responded in part,

“Let me remind you, I think, I’m the only one running for president whose actually been on the executive side. Remember, after the consumer agency was passed into law, Barack Obama, President Obama, asked me to set it up. So I set up a federal agency. We effectively went from two employees the day I walked in the door to about 1000 and spent a year getting it up and operational.”

Now, as I did yesterday regarding an alleged Trump lie, the use of “I think” can be a defense to an accusation of lying, since it means, “I could be mistaken.” In Trump’s case, what he erroneously thought (that he had been on more TIME covers than anyone else) could have plausibly been caused by not knowing facts that were not well known or easily found. There is no way that Warren could have thought that her smidgen of executive experience exceeded that of her competition for the nomination. Joe Biden was Vice President, also on the “executive side,” and was in charge of more than helping to set up one tiny agency. Bernie Sanders was once mayor of Burlington, Vermont. Mayor Pete is, after all, a mayor. Mike Bloomberg was Mayor of New York City, which many regard as the equivalent of being a governor.

2. The New York Times’ revealing endorsement. One thing you have to admire about the Times: it doesn’t try to hide its unethical biases. It waves them like a flag, and just counts on its readers and defenders to agree with them, or engage in wilful blindness and ignore them. How else could you explain its bizarre editorial endorsement yesterday? The Times endorsed both Senator Amy Klobuchar and Senator Elizabeth Warren, who have as little in common as two Democrats can have, except  one little thing. They are both women. Asks Ann Althouse, in the course of pronouncing the move “semi-nuts”: “If Kamala Harris were still in the race, would the Times have picked 3?”

As for any protests that the Times was just picking its favorites for the Democratic nomination, and hadn’t yet chosen between the Republican nominee and the Democratic opposition, this chart of Times editorial endorsements for the Presidency may help dispel that confusion: 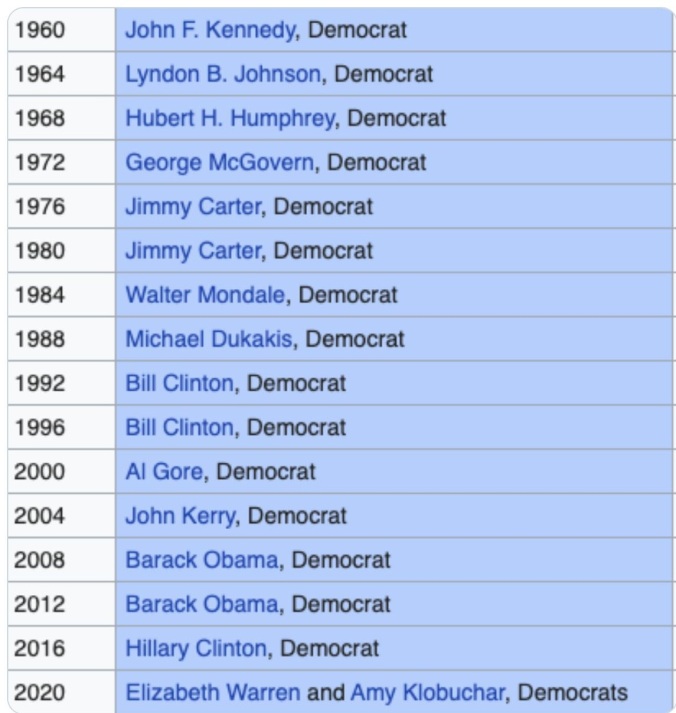 3. Photoshopping ethics. Airbrushing away a wrinkle or two is de minimus, but when a photo is so photoshopped that the subject’s closest relatives couldn’t recognize it, that’s not just intentional deception (Ethics breach: dishonesty) but also stupid deception (Ethics breaches: incompetence, disrespect for the intelligence of the audience and the sensibilities of the subject) Here’s a recent photo of my old, and I do mean old (she’s 77)Harvard history professor Doris Kearns Goodwin:

Now, here’s an ad for a show promoting her latest book:

4. Remember, the impeachment is a solemn, non-partisan process:

5. Second Amendment ethics. As I write this, supporters of the Second Amendment are having their annual demonstration in Richmond. Gov. Ralph Northam pre-smeared the lawful protesters by declaring a state emergency and banning guns on the Capitol grounds, though no previous demonstration by this group  has led to gun violence. It is pretty clear to me, and many others, that Northam, Democrats, and progressive are hoping for violence to help fuel antigun sentiment. Meanwhile, the media is, as usual, doing what it can to push the approved propaganda. NBC reporter Ben Collins tweeted, “Reporters covering tomorrow’s white nationalist rally in Virginia, I’m absolutely begging you: Verify information before you send it out tomorrow, even if it’s a very sensational rumor you heard from a cop. Don’t become a hero in neo-Nazi propaganda circles with made-up stuff,”

Referring to the recent ethics Alarms list of fake news varieties I designate this as a #1: Outright false stories deliberately published to mislead.  Indeed, Collins was spreading multiple falsehood. The demonstration was not a “white nationalist rally,” but a demonstration by supporters of the Second Amendment. Contrary to Collin’s innuendo, gun owners and civil libertarians are not not white nationalists.

I expected this: Some are criticizing the rally because it is happening on Martin Luther King Day, and King was assassinated by gunshot.

Here’s an  from UCLA law prof Adam Winkler points out,

Most people think King would be the last person to own a gun [ who is this ‘we,’ kemosabe? -Steve]. Yet in the mid-1950s, as the civil rights movement heated up, King kept firearms for self-protection. In fact, he even applied for a permit to carry a concealed weapon.

A recipient of constant death threats, King had armed supporters take turns guarding his home and family. He had good reason to fear that the Klan in Alabama was targeting him for assassination.

William Worthy, a journalist who covered the Southern Christian Leadership Conference, reported that once, during a visit to King’s parsonage, he went to sit down on an armchair in the living room and, to his surprise, almost sat on a loaded gun. Glenn Smiley, an adviser to King, described King’s home as “an arsenal.”