In a perfect example of how avoiding bias can create bias, I am accumulating a backlog of genuine and valuable ethics stories that are triggered by or related to political developments, and deliberately talking myself out of posting them. As regular readers here know, this has been a problem since the beginning of the Trump administration, when the Democrats, the resistance and most of the media  resolved to try to bring him down and cancel the election results with a campaign to delegitimize President’s Trump’s election. I regard this as one of the greatest ethics crises in U.S. history (another, running concurrently, is the near complete abdication of professional ethics by journalists), and I can’t ignore it. But doing my job, as repetitious as it seems, also means that I am reluctant to write about other political stories that I would have included otherwise, and often they involve important issues.

1. Which reminds me: One of the Washington Post’s most reliable anti-Trump columnists, Greg Sargent, issued an opinion piece that would be a strong entrant in a “Hypocrite of the Year” competition. Here’s the line that made my head explode: “Such delegitimization of the opposition strikes at the core of our system. Recognizing the opposition’s legitimacy is a key pillar of accountability in government…”

Astounding! Sargent’s ideologically compatible pals have been working overtime to deny the legitimacy of Trump’s election, from attacking the Electoral College to claiming a Russian conspiracy,  encouraging and cheering “Not my President!” demonstrations, manufacturing impeachable offenses out of thin air, and turning such once-neutral and unifying events as the Inauguration, the Kennedy Center Honors and the White House Correspondents Dinner—and more recently, a State of the Union address where the speaker of the House, on camera, symbolically rejected the legitimacy of the speech by ripping it up on live TV——into opportunities to directly challenge this President’s right to be in office and to be accorded the same respect and civility of his predecessors. If anyone who has been part of this assault, and Sargent definitely has, makes the accusation that Trump is wrong to “delegitimize the opposition,” that critic is either deliberately gaslighting the public, or so devoid of self-knowledge as to be functionally crippled.

2. Here’s an unscientific poll result that should give Democrats chills. Ann Althouse asked her readers whether they would vote for Bernie Sanders or President Trump if that was the choice in November. Ann readership is Madison, Wisconsin heavy, consisting of many of her former students. She is resolutely politically neutral, laning Left, as she voted for both Hillary and Obama, twice. She has also criticized many of the attacks on Trump, including in the news media, causing her commenters, if not her readership, to see an exodus by the Trump-Deranged, much as what has occurred on Ethics Alarms. Those commenters remaining, I believe, are not uncritical of the President, and I would expect to find them on the “disapprove” side in a Gallup poll. I was very surprised at Ann’s poll results:

In a related development…

I’m temped to poll whether this is “just desserts,” “condign justice,” or, remembering  an iconic 50s TV show (sponsored by Skippy Peanut Butter!) 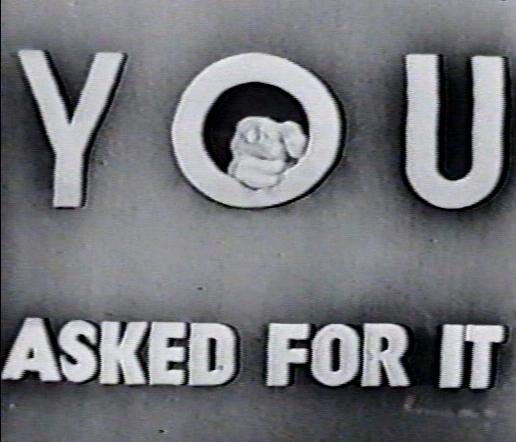 3. Good! A Cook County grand jury returned a six-count indictment charging Jussie Smollett with making four separate false reports of a hate crime to Chicago police. A special prosecutor has concluded that further prosecution of Smollett is “in the interest of justice.”

Back in March of last year, I had this note:

Explain this one: Attorneys for “Empire” actor Jussie Smollett announced today that all charges against him have been dropped.Smollett was indicted on 16 felony counts related to making a false report that he was attacked by two men. The two men were found and implicated Smollett, and the evidence that it was hoax appeared overwhelming.  A minimum condition of dropping cases requires some acceptance of responsibility, but the actor still professes that he’s innocent. “I’ve been truthful and consistent on every single level since day one,” he said.

The African-American Cook County State’s Attorney just decided to let Smollett go after his fake hate crime was exposed, without ever adequately explaining why.

The special prosecutor said that a major factor in indictments was the fact that  Cook County State’s Attorney’s Office would not provide additional evidence explaining the decision to release Smollett an drop the charges. Well, let’s see: they could have submitted the Ethics Alarms Rationalizations list, highlighting #11,”The King’s Pass,” or the list of “Big Lies” (to be amended later today!) with sticky note by Big Lie #4: “Trump Is A Racist/White Supremacist,” ince we know all these reported hate crime attacks are the President’s fault.

The former “Empire” actor is due in court February 24.

4.  Following The Ethicist’s multiple Golden Rule failures discussed here, I decided to do a Golden Rule check on another Times advice columnist, Philip Gallanes of “Ethics Q’s.” He passed.

The question was this:

My stepdaughter is in a polyamorous relationship with a married woman. My husband and I are saddened by her choice; we see no happy ending for her. Worse, after losing her job and apartment recently, she gave guardianship of her young daughter to a friend so she could stay close to her girlfriend. My stepdaughter now wants to visit us with her girlfriend. In the past, we’ve refused. But my husband is softening to the idea, so I will go along with him. They want to take us out. But I will not “double date” with these women at restaurants. I plan to keep myself very busy and otherwise engaged during their visit. Am I being too inflexible?

Try to imagine the pain your stepdaughter may be suffering to have given up her child, even temporarily, to be with the person she loves. It sounds like a perfect time for her to reconnect with her father. What I can’t see is the upside (for anyone) in you positioning yourself as the antagonist here. Can you find some compassion ASAP?

…Having some flexibility about what arrangements work for other people seems required of you now…[N]o one knows how your stepdaughter’s romance or her bond with her own child is going to turn out. Be the kindest host you can be. Entertain the girlfriend warmly to allow your husband to have as much time with his daughter as possible….