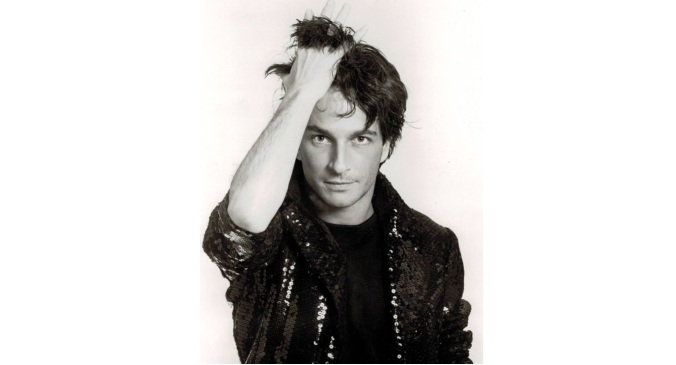 Ethical human beings who pass through your life deserve to be remembered, and it is in your interest to  give them that lasting gift. Sometimes they are like strings tied around your finger (does anyone still do that?) reminding you to do the right thing.

March 15 is his birthday, you see—I only knew that because the man who introduced us almost 20 years ago tagged me on a Facebook post.  Maybe you remember Thommie, who died in 2007, too. Here’s part of that post, by my friend and Thommie’s, playwright, author, and theater historian Chip Defaa:

He was an original member of the cast of “A Chorus Line”–which was THE musical of that era. That show was created, in unique fashion, from taped comments about their lives by actual performers. Thommie was one of that original group. And the character he originated in “A Chorus Line,” “Bobby,” was based on him. As an actor, Thommie was saying on stage lines that rang true because they were true; he was saying things (as “Bobby”) he’d been saying before anyone thought up the idea of doing “A Chorus Line.”

He moved into choreographing and directing. He was ALWAYS working–Broadway, Off-Broadway, TV commercials, you name it. He staged friends’ cabaret shows–most notably the cabaret show of Tony Award-winner Donna McKechnie, his former castmate in “A Chorus Line” and a lifelong friend. She did that show, to great acclaim, for years afterwards in many venues. (I was delighted to be an invited guest at the performance that was taped for an album.) He also worked on the cabaret and concert shows of Chita Rivera and Joel Grey. Broadway royalty.

Among Broadway and Off-Broadway shows Thommie worked on, as a director and/or choreographer, were: “The Best Little Whorehouse in Texas,” “A Day in Hollywood/A Night in the Ukraine,” “Nine,” “My One and Only,” and “My Favorite Year.”

Thommie won two Tony Awards for choreography: that’s how I knew his name when Chip told me that he was going to direct “Danny and Sylvia,” the two-person musical about Danny Kaye and his wife Sylvia Fine I had originally developed for my theater company, as part of a New York City, Off-Broadway festival. Both cast members were friends, so I got periodic updates on how rehearsals were going. Thommie, like any good director, was making changes, adding his feel for the characters and material as he went along.

Finally the day came for me to go to New York and see the performance.

I was puzzled that Thommie wasn’t there. I was told by Chip that I would see him after the show. It turned out that the two-time Tony winner was waiting outside the venue for the entire performance, pacing and smoking.  When the performance was over and I was led out  to meet the director, he looked anxious and reticent. Quietly, hesitantly, he said, “Well, what did you think?”

I smiled and said, immediately, “What did I think? It was terrific.” “You mean that?” he asked. “Of course I mean it. You made good choices, I agreed with almost all of them, and the show worked.”

Thommie Walsh let out a big breath and slumped over dramatically. “Oh, I can’t tell you how relieved I am,” he said, smiling. “I was terrified that you wouldn’t like it.”

I was genuinely stunned. “What?” I exclaimed. “Why would you care what I thought? I’m just a small theater, part-time professional director who makes his living as a lawyer. You’re a Tony winner, Tommy Tune’s partner, a major Broadway artist. Why does it matter to you what I think of your version of my show?” And Thommie said,

“Because it is your show, and I know what it’s like to have another director mucking around with a piece that you’ve given everything to, and I could tell you gave everything to “Danny and Sylvia.” So that was the most important thing for me, even more important than making this production a success: having you feel that your work was respected, and knowing that you appreciated what I brought to the show.”

Then he gave me a big hug.

It was one of the kindest and most generous gestures I have ever received from a show business artist, or anyone in any field.

There was cast party that night, and I had the pleasure of talking to Thommie long into the early hours of the evening. He was brilliant, analytical,  giving, open-minded and funny, one of those people you feel like you’ve known your whole life the first time you meet them.

I flew back to Washington, D.C. the next morning, and never saw him again.

Yet that single day, and our conversation outside the theater, will stay with me always. Thommie Walsh was kind and generous to someone he had never met, because, essentially, he was kind and generous. He made me feel like I mattered in a world I admired but in which  I was, ultimately, only an occasional visitor.

I was thinking about Thommie Walsh shortly after I read Chip’s post as I went grocery shopping this afternoon. One item I sought was—you guessed it—toilet paper, and our local Harris Teeter’s had bare shelves. As I checked out, I asked the grocery checker about when they would get some more in, getting a shrug and a frown. The young woman bagging my groceries said, “I was laughing about how stupid this hoarding is, but now I’m down to just few sheets on my last roll! I don’t know what I’m going to do!

When I took my bags out to the car and popped the trunk, I got nice surprise: a 9 roll package of toilet paper was sitting there. I had forgotten to take it into the house on the last shopping run a couple weeks ago. I swear, the first thing that came into my mind was, “I know just what Thommie Walsh would do!”

I opened the package, took out one of the soft fat rolls, took it into the store and handed it to the woman who had expressed anxiety over her TP supply. I thought she was going to cry.

Good people who come through your life can guide you, inspire you, and keep those ethics alarms ringing. You just have to keep their memories with you. Then the spirit of those good people live on, and in doing so, make you better.