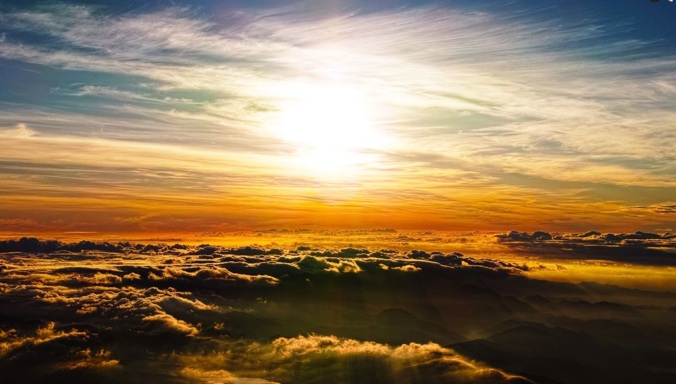 The avalanche of Wuhan virus stories with ethical implications cannot all be squeezed Part III of the series about the pandemic’s ethical implications, especially since that one will concentrate on politics and the news media. So I’m stuck, much as I would prefer to think about almost anything else….

1. Here’s one that compels the question, “What’s going on here?” among others.  The Struthers, Ohio, police department posted this notice on Facebook:

“Due to the coronavirus, the police department is asking that all criminal activities stop until further notice. Thank you for your anticipated cooperation in the matter. We will update you when we deem it’s appropriate to proceed with yo bad selves.”

Before I got to the end, I assumed this was a serious message. It is far from the dumbest thing I’ve seen in response to the Wuhan Virus mess.Then I reached the end, and I decided that it was probably a joke.

Thinking some more, though: would it necessarily be futile to ask criminals to be responsible members of the community just for a while, for their own benefit as well as society’s? There might be some who would take the appeal to heart. If there were, however, the joke ending of the message would undermine any such impulse.

2. More on the Name Game: Our esteemed Mrs. Q had dubbed the illness the WuFlu. Checking on Google, there was a flurry or reports using that name in January and February; there was even a hashtag. I like it, but using Wuhan Virus does a better job of rubbing in the face of the appropriate parties the deceit and cowardice of the news media’s rush to follow China’s edict and pretend that the virus originated somewhere else.

Responding to the post on the issue where I announced that this site would use Wuhan Virus and not the Communist China sanctioned terms, a commenter chided me, writing, “…But at some point, after the rest of the world has decided that indeed this is a new version of corona, don’t you just become a jerk for keeping it up? Is your terminology ethical?”

My answer to the question, which goes to the essence of who I am, may have been a bit terse, for it is a fair query here, but I wrote,

No, the jerks are the ones who capitulate to political correctness manipulation, which is a form of indoctrination. Not following the crowd doesn’t make you a jerk. You need to rethink that. The acceptance of that mindset is how we get arguments about how the US should ban capital punishment and have government health care because “every other first world country” does it. Is the US a jerk because it has a First Amendment? Everybody I know, or 95% of them, take the position that the President is presumed guilty of something, and should be removed from office by any means necessary. I reject that unequivocally, and will continue to do so. When literally everyone I knew was telling me I had to listen to Top 40 radio, I became a Gilbert and Sullivan aficionado. I refused to touch pot throughout my college years at a time of almost universal acceptance of the drug culture by my friends and peers, and was, in fact, called a jerk for doing so. When I was told in law school that I have to slave for A’s or I wouldn’t make the law review, and my classmates all believed it, I started a theater company, and told professors that I did not believe my grades would be my destiny, and would not alter my behavior or desires as if they would. I always regarded the “of color” linguistic foolishness creeping minority chic, and do not, and will not, use that phrase as a substitute for “black,” as it is pompous and meaningless except as a badge of political correctness. And so on. That’s been my life and credo. It was also my father’s.

Essentially, you just made a lazy argument for “Everybody does it.” I’m an ethicist.That’s not good enough. If someone can show me a reason why the news media pivoted from Wuhan Virus to “Coronavirus” (which is ambiguous) or COVID-19 other than the fact that genuine jerks like Rep. Omar and OAC were calling the name racist, the Chinese were working overtime to duck any accountability, and the newsmedia was searching for ways to make President Trump the villain in this, I’ll reconsider it. However, “But at some point, after the rest of the world has decided that indeed this is a new version of corona, don’t you just become a jerk for keeping it up?” is pure “Everybody does it.”

Yes, my terminology is ethical.

3. Stipulated: Fearmongering via speculation and prognostication is unethical. For example, here are a series of posts on The Intercept by a single nurse in a rural community who concludes, “We are Italy.” Irresponsible, and I’ll take that bet.  Here is  Andy Slavitt, Obama’s former Acting Administrator of the Centers for Medicare and Medicaid Services, telling the world that “by March 23 many of our largest cities & hospitals are on course to be overrun with cases” and that “the he stakes are higher than any most of us have ever experienced: wars, 9/11, whatever.”  People liek Slavitt do this so that if a worst case scenario occurs, they can build a career of of it. There is no downside to being wrong, since if that is the case, everyone will be relieved and uninterested in tracking down and shaming the doomsayers.

4. And here is why the most draconian measures never work like they are supposed to.

There are always unethical community members like this, and they always are part of any epidemic’s spread. Think of the HIV positive individuals who keep having unprotected sex. The technical term for them is “asshole,” or in Greek, malakos (μαλακός). Of course, the term also applied to many of the responders to the tweet, who opined that he must be a Trump supporter, a Fox News watcher, a Brett Kavanugh fan, or a Republican. In the end, deliberately spreading the Trump Derangement virus may prove just as destructive as spreading the Wuhan Virus.

5. Here’s another story I don’t expect the mainstream media to cover very thoroughly. We’ll see. Andrew Gillum, the “rising star of the Democratic Party and CNN contributor who in 2018 came within 34,000 votes of becoming Florida’s governor, was discovered by police at a South Beach hotel last week in a room with three clear plastic baggies of suspected crystal meth on the bed and floor. According to a Miami Beach police report, paramedics were called to treating Travis Dyson, a 30-year-old Miami man, for an apparent heart attack from an overdose on crystal meth. They say two other men were in the room.  Gillum, who was not arrested, was too intoxicated to answer questions.

“I was in Miami last night for a wedding celebration when first responders were called to assist one of my friends. While I had too much to drink, I want to be clear that I have never used methamphetamines. I apologize to the people of Florida for the distraction this has caused our movement.”

Here’s CNN’s report on the incident, which omits some salient details.