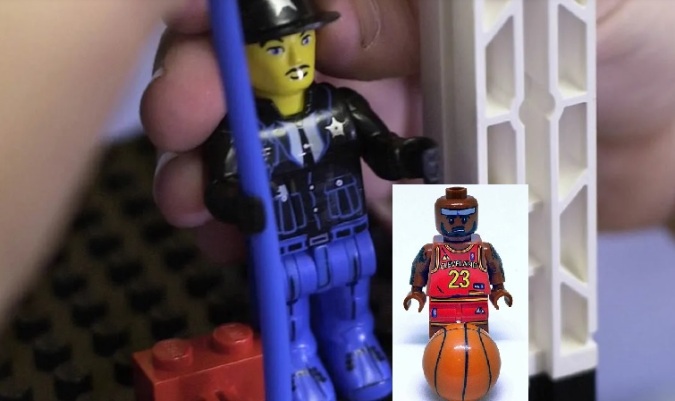 Can en entire company be a giant asshole?

LEGO shows us that one can, and is.

The Toybook trade magazine sent an email on behalf of the Danish toy construction block company stating that,

“In light of recent events, LEGO has requested the below products to be removed from sites and any marketing ASAP.”

Toybook added later,”We requested that our affiliate partners refrain from posting promotional LEGO content as part of our decision to respect #BlackOutTuesday and pause posting content on our social media channels in response to the tragic events in the US. We regret any misunderstanding and will ensure that we are clearer about our intentions in the future.”

All of the items are still available for purchase, but promotions for the products,  more than 30 of them were halted. All such products involved police figures or had “Police” in the name, including the Police Station, Police Patrol Car, Police Helicopter Transport, and even —this is really impressive—the “Donut Shop Opening,”which, “includes Police Officer ‘Duke DeTain’ and ‘Crook’ minifigures.”

As with the day’s first post, this stunt is in the res ipsa loqutur category. It speaks for itself, and what it says is, “We are an opportunistic, craven, ethics-free company that will exploit any opportunity to pile on to an emotional outpouring of vilification and hatred against dedicated public servants who don’t deserve to be so-treated.”

Don’t worry, there’s no “misunderstanding” or need to be “clearer about your intentions.” All is perfectly clear.

Any family of police officers, any family that has ever looked to the police for help, any American family with two barely active brain cells to rub together, who ever allows a LEGO product to enter its home or to be handled by it children, or who permits a LEGO movie to be viewed in its dwelling, possesses neither backbone nor principles.

I sincerely hope that the only visitors LEGOLAND theme parks receive from now on are enthusastic arsonists, looters and rioters.

That should be entertaining to watch.