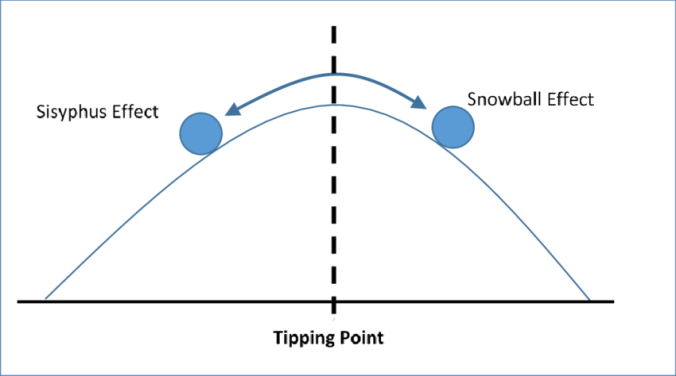 Less than a month ago, I wrote this post, explaining why, despite the near complete ethical bankruptcy of and rejection of democratic values by the Democratic Party and its allies, I would nonetheless refuse to vote for President Donald J. Trump in November. I wrote,

Absent my professional and public assessments as a professional ethicist, I would have no difficulty at all in officially concluding that Donald Trump is the preferable, indeed essential, choice to lead the country in the next four years when the alternative is a party that has revealed the corruption and antagonism toward American ideals as has the Democratic Party. But President Trump, as I pointed out repeatedly in 2015 and 2016, is the antithesis of the kind of leader my knowledge and expertise  indicates should ever be placed in a leadership position of any kind, or in a position of power and trust.

For me to vote for such an individual would render my credibility in my profession, and what is more important, my personal and professional integrity, void.

An ethicist cannot, in my view, support or vote for Donald Trump as President, nor can an ethicist, at least this ethicist, have any position but the rejection of the current iteration of the Democratic party as antithetical to American values.

I have not reached the point of reversing myself on this crucial decision for me personally, professionally, and as an American. Not yet. I feel, however, that the time may be approaching where my case of ethics zugswang cannot be honestly addressed by refusing to take a side. This week, in particular, has forced me to consider that a tipping point may be at hand.

As I have written before, whatever cosmic script-writer came up with the harebrained idea that someone as personally repellent and ethically inert as Donald Trump should be thrust into the position of being this great nation’s crucial last defense against the rising totalitarianism and fascism of the left is a sadist with a sick sense of humor. It is increasingly difficult to deny, however, that this is the ethical conflict that America finds itself in. At the point, fast approaching, when I have to confront the conclusion that defeating the Democrat/”resistance”/ mainstream media collective is the only way to ensure that the United States and its values remain viable and intact, refraining from making a noxious choice will no longer be an option.

Three stories today accelerated the likelihood of my having to face that tipping point:

I. Writing at the Washington Post, staff cultural reporter Alyssa Rosenberg argued that the networks should cancel all the cop shows on television. You can read the thing here; if I have to explain what is frightening about her argument, then you are already too far gone to be cured. This, it is increasingly clear to me, is the agreed-upon modus operandi  of the American Left. Since they cannot advance their agenda by logic, arguments, civic debate and persuasion, they will accomplish it by intimidation, mind control, indoctrination, and censorship. We must like what they like, hate whom the hate, and believe what they believe, and every aspect of the culture, including entertainment, must advance that objective.

This is, of course, how Orwellian cultures operate, and we have witnessed a steady and barely opposed drift toward this as the preferred path to power by the Democratic Party.  Rosenberg believes that citizens should not be allowed to see TV programs that don’t comport with the Left’s now mandatory view that police must be regarded as racist villains and law enforcement be  seen as a malign force. The Post op-ed follows on the heels of the New York Times capitulating to its “woke” staff’s demand that non-conforming (to the Times’ world view) opinion pieces be rejected for publication. The news media’s activist agenda is out of the shadows and indisputable.

2. Employees at a Columbus, Ohio, Condado Tacos restaurant walked off the job this week, refusing to fill a catering order for police. In response the chain closed all of its 20 stores “out of an abundance of caution,” whatever that’s supposed to mean. No employees were fired, and the employees were not made to prepare the order. “Because we understand that emotions and tensions are raw right now, we offered those employees the option to sit out making that order, without repercussion, while other team members handled it,” Condado said in a statement. “We want to make it clear that they are welcome to return to work, if that is their choice, but they must understand that Condado Tacos is an inclusive business and that we will continue to serve everyone, including law enforcement.”

The dual symptoms of cultural rot here are 1) the continued deterioration of basic public intelligence after the relentless bombardment of hysterical “woke” narratives. What possible logic is there to defend refusing to fill an order from the Columbus, Ohio police department because of an incident of police abuse in Minneapolis, and 2) the unwillingness of employers, businesses and institutions to oppose unconscionable conduct that is widely encouraged and supported by the Left.

Employees said they were “uncomfortable” serving police while protests against police brutality were going on. Ethically, this is indistinguishable from being “uncomfortable” serving Republicans, Jews, or blacks. The Democratic/”resistance”/ media narratives and propaganda are encouraging this socially destructive behavior, and employers, institutions and other authorities lack the fortitude and principle to end it. It is axiomatic that what will allow evil ends to be achieved is for “good” people to stand by and do nothing, but what we are seeing is the cowardice, intellectual weakness and apathy, not of the good, but of the complacently mediocre.

German-American philosopher Hannah Arendt was the virtuoso of observations on the subject of how totalitarianism gains its death grip:

The process Arendt studied and described is no longer a threat. It is well underway.