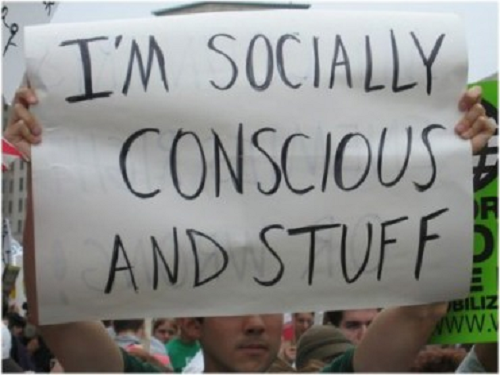 I’m sorry. I really am. These stories get worse and worse, far beyond anything I could have imagined just  a few years ago. I am so relieved that my son decided long ago that for him, college would be a waste of money and time. This has spared me the chore of explaining to him that it would be a waste of his values and mind as well.

First, let’s look at the latest chapter in the Marquette debacle involving Samantha Pfefferle, the incoming freshman who became an object of revulsion and terror because she dared to post a harmless, infantile video proclaiming her support for President Trump. The first part of the story dawned on Ethics Alarms this morning, here. Now we know that Mike Lovell, the president of Marquette, sent an email to Marquette’s Board of Trustees about the incident. The email was a dishonest, dastardly misrepresentation that would fully justify his firing for cause if the trustees had the curiosity and integrity to investigate the facts. Here I’m going to send you to John Hinderaker’s blog, Powerline, to read his expert vivisection of Lovell’s slimy machinations. I’m leaving it to him for two reasons. First, Hinderaker is a a skilled legal mind, and he does a superb job. Second, his blog is specifically mentioned, and denigrated, in in the president’s email.

The last time Marquette was mentioned critically here was in 2015, through the attentions of MIA Ethics Alarms commenter Rick Jones, aka “Curmie.” Rick, who used to give out his annual “Curmie Awards” for outrageous conduct in academia, nominated Marquette for firing a tenured professor who wrote a blog post that criticized a graduate student teaching assistant for telling a student that his opinion opposing gay marriage was homophobic and would not be permitted in her class.

Curmie was right and Marquette was wrong: a court later reinstated the professor and held the university liable for breaching his  “contract’s guarantee of academic freedom.”  The latest episode show that the school’s progressive intolerance for non-conforming view has metastasized since Curmie’s nomination.

John Hinderaker  titled his latest post “Marquette Weasels.” If that conduct was weaselly, what do we call this, from Penn State?

Yes, even conservatives are welcome: “Dear conservative students, your viewpoints are important.”

But affirming openness to hated conservatives brought down the fury of the woke twitter mob, in a flood of idiotic messages too dumb to repeat. OK, if you insist…here’s a typical one:

“Conservatives having their feelings hurt because other students think they’re sexist, racist assholes is NOT THE SAME as protecting the physical safety & humanity of others!”

So Penn State took down the tweet! Yes, after being instructed by students that the university should not assure all students that they will be treated respectfully and fairly, because the school has indoctrinated their charges to regard any ideas they disagree with as “violence,” Penn  State confirmed who is in charge of that school, explaining its craven action with a statement that is best translated as “We have no principles, just tell us what will make students like us and not make trouble!”

Penn State Director of Strategic Communications William Hessert, Jr. said that while the school’s message was meant “to express the inclusive, democratic and participatory values of the liberal arts,” it “was not being received well and it is important for us that our messages be received as intended. While we do not believe in deleting our posts, given the sensitivities of the matter we felt that it was better to remove it.”

Time for the weasel poll!

62 thoughts on “From The Ethics Alarms Corrupt And Cowardly Colleges Files: Marquette And Penn State”