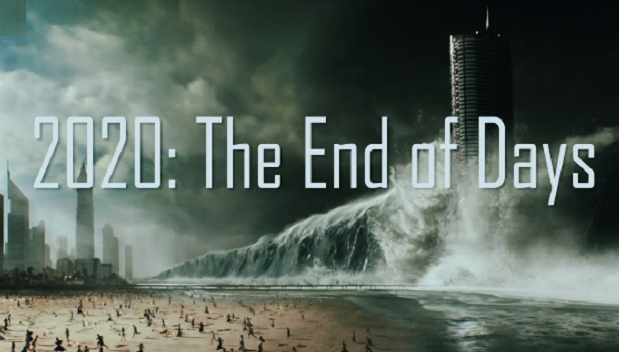 As 2020 staggers to a conclusion, Ethics Alarms wants to express its gratitude to the core of devoted Alarmist commentators who kept the dialogue going during what is always an annual cratering of blog traffic. I appreciate it. I also appreciated the many kind holiday wishes, in what has been a muted Christmas for the Marshalls for a number of reasons I won’t bore you with.

In case you were among the missing, I draw your attention to…

…among other hopefully edifying and entertaining posts.

1. After signalling otherwise or perhaps just trolling, President Trump signed the truly awful pandemic relief and omnibus spending bill, really sending the national debt into orbit. One theory is that doing so was necessary to avoid a Democratic sweep of the two Senate seats up for grabs in Georgia. I will file the event as one more car on the Wuhan Virus Ethics Train Wreck, and one that will do more damage in the long run than most of them.

2. In Nevada, Gabrielle Clark filed a federal lawsuit against her son’s charter school last week for refusing to let him opt out of a mandatory class that promotes anti-white racism. It claims that Democracy Prep at the Agassi Campus forced William Clark “to make professions about his racial, sexual, gender and religious identities in verbal class exercises and in graded, written homework assignments,” creating a hostile environment, and subjecting he son’s statements ” to the scrutiny, interrogation and derogatory labeling of students, teachers and school administrators,” who are “still are coercing him to accept and affirm politicized and discriminatory principles and statements that he cannot in conscience affirm.” The lawsuit includes nearly 150 pages of exhibits documenting the curriculum in the graduation requirement “Sociology of Change,” which promotes intersectionality and critical race theory, in breach of what was promised when the Clark’s first sent their son to the school.

3. Here is yet another Orwellian university for responsible parents to steer their children away from at all costs: The University of Michigan, which is creating good little totalitarians by attempting to constrain the language so it only allows Goodthink. The Information and Technology Services, which the university calls a “trusted enabler of technology for the U-M community,” had created the Words Matter Task Force. The group claims that by “using inclusive language, ITS is able to design and build better tools and services to meet customers’ needs.” The Words Matter Task Force has “evaluated the terms and language conventions that may hinder effective communication, harm morale, and deliberately or inadvertently exclude people from feeling accepted to foment a healthy and inclusive culture,” and issued this head-exploding 10-page document that advises against using words and phrases like workman, native, disabled, brown bag, picnic, guy, girl, grandfathered and more. Anyone who lets their children’s minds be warped by an institution that allows such though-control efforts is not just an irresponsible and incompetent parent, but an irresponsible and incompetent American citizen.

4. On a more positive note, the Wall Street Journal reported on Christmas Eve that the University of Texas has agreed to eliminate its Campus Climate Response Team, which monitored the speech of students and members of the faculty. The “team” could subject professors and students to disciplinary action if they said something they deemed to be offensive:

“Students could anonymously report their professors and peers for ‘bias incidents’ to the Campus Climate Response Team, which would investigate and threaten disciplinary referrals and ‘restorative justice’ meetings with administrators. The university gave several examples of what constitutes an act of bias, including ‘faculty commentary in the classroom perceived as derogatory and insensitive,’ and other behavior open to highly subjective judgments about what is offensive.”

Speech First, a nonprofit group, sued the university on behalf of students in 2018, alleging that officials “created an elaborate investigatory and disciplinary apparatus to suppress, punish, and deter speech that other students deem ‘offensive,’ ‘biased,’ ‘uncivil,’ or ‘rude.’” A federal judge dismissed the lawsuit in 2019, but Speech First appealed, and the “Fifth Circuit Court of Appeals vacated the ruling and remanded the case back to the district court. Judge Edith Jones called the bias-response team a “clenched fist in the velvet glove of student speech regulation.”

The University of Texas agreed to dissolve the team as part of a settlement, and will lift the ban on “uncivil behaviors and language that interfere.” They are also removing a definition of “verbal harassment” that barred “ridicule” or “personal attacks.”

5. And speaking of days that will live in infamy, President Woodrow Wilson, the Ethics Alarms choice as the most unethical, destructive POTUS in U.S. history by far, was born on this date in 1856. When I was growing up and beginning my life-long study of the American Presidency, all the books I read that ranked the Presidents rated Wilson as a great or “near great” President, because he was a Democrat, and historians were just as politically biased then as they are now, maybe a little bit less. Somehow, those “scholars” managed to miss, or to be more precise, intentionally ignore, Wilson’s racism, his endorsement of Jim Crow policies, his disastrous decision to have the U.S. enter World War I, his role in turning the Spanish flu into a pandemic, his acceptance of a punitive treaty to end the war that led directly to the rise of Adolf Hitler, and his continuing in office after being incapacitated by a stroke, allowing his wife and physician to secretly run the country.