A very good friend who is married to another very good friend posted yesterday that Kamala Harris’s swearing in as Vice-President moved him to tears, and the Facebook post instantly harvested about a hundred “likes” and “loves.” As God is my witness, as Scarlett used to say, I had to fight to restrain my self from writing on his page (since there is no “What the FUCK is the matter with you?” icon to click on), “Why, because she’s a woman with no qualifications to be President or Vice-President? Because she’s the first Indian-Jamaican VP, and you’ve always wanted one of those? Because she’s just the right skin-shade to pretend to be an African-American, when she’s not? Does it choke you up because she slept her way to political power, then locked up a lot of black men for drug crimes, then accused the U.S. of being racist because of “over-incarceration”? Or does any Democrat, even phonies and rank incompetents, getting power make you feel all misty inside and out? Really, I’m curious.”

Well, he’s a nice, good-hearted guy who has the political sophistication of a cheese, so I just shut up. However, his reaction is just incomprehensible to me.

1. Oh, look, now there’s black Batwoman. Yay. Isn’t this a little cliched and formulaic by now? Will every fictional character eventually have to be made black or have his or her race switched, and every male character get virtual transexual transitioning, to satisfy the Woke and Wonderful? Mikey (who liked Life cereal), is now a girl. Jake from State Farm is now black. Perry Mason’s Paul Drake in the new reboot is black. Inspection Lestrade, Sherlock Holmes’ ally, is black on the Netflix Holmes spin-off. (Watson became female in the TV show “Elementary.” And Asian!) A really bad movie made Ralph Kramden from “The Honeymooners” black; Norton too. On Broadway, when there was a Broadway, Alexander Hamilton and Aaron Burr were black, and they aren’t even fictional. Of course.The whole Ghostbusters team was turned female for the reboot (but still had only one black member). There is much, much more. Isn’t this lazy? Isn’t this boring? Don’t women, blacks and other minorities want to have their own popular and iconic characters rather than just taking over white or male ones? Why isn’t such fake “diversity” an insult? Aren’t hand-me-down characters like hand-me-down clothes?

2.Nah, there’s no educational indoctrination! On December 22, 2020 a single-mother and her son, a high school student at a public charter school, filed a civil rights lawsuit in the US District Court of Nevada.  The student and his mother argue that he was coerced, under a “Critical Race Theory / Intersectionality”-based curriculum, to make statements contrary to his personal conscience and beliefs, and he was retaliated against when he objected. The complaint states that this “coercive and intrusive behavior compelled [the plaintiff’s] protected speech and invaded his privacy, violating his constitutional rights under the First Amendment and his due process rights under the Fourteenth Amendment.” Here is how the complaint starts…

and here is a link to the whole thing.

3. Gee, I wonder why that would be? Axios has a story about how public trust in the news media is at an all time low. For the first time ever, fewer than half of all Americans have trust in legacy media, according to data from Edelman’s annual trust barometer.

Trust in social media has also hit an all-time low of 27%. Some details:

The really alarming part is that a majority of Democrats DO trust the media, despite the massive evidence that they should not. And the 18% of Republicans who trust the media must be genuine mouth-breathers.

This vanishing trust is a big problem, the Captain Obviouses at Axios observe. “Faith in society’s central institutions, especially in government and the media, is the glue that holds society together,” they tut-tut. It’s not that the public lacks trust, it is that the institutions, like the press, have squandered that trust be behaving in a grossly untrustworthy fashion.

4. And now for something completely different…but funny! Bank robber Damon Williams’ note to the teller read, “Please, all the money, 100, 50, 20, 10. Thank you.” What a polite young man! But in his closing argument to the jury, the prosecutor’s Powerpoint presentation used this slide, 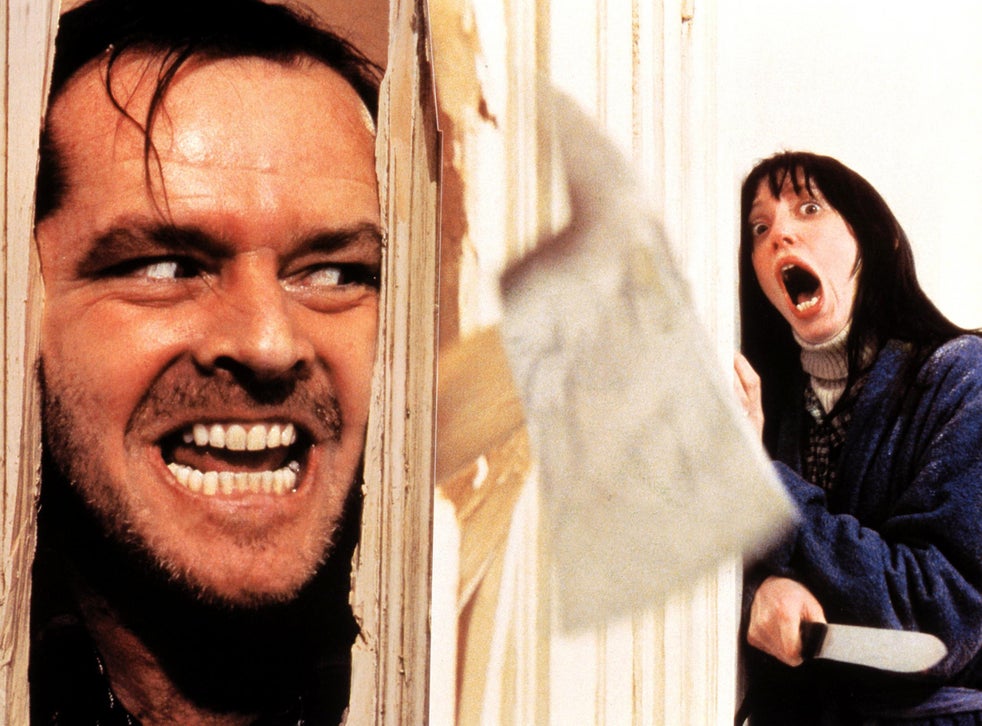 “If you’ve never seen the movie, “The Shining,” this is creepy but not scary, right? You’ve never seen it. All right. This guy looks creepy, and he’s saying some very unthreatening words, ‘Here’s Johnny.’ But if you have ever seen the movie “The Shining,” you know how his face gets through that door. So, again, I just point that out to illustrate. It’s not just the words; it’s what you do before and what you do after the words that matters. And that’s what makes this a robbery.”

The defense lawyer objected but to no avail. The New Jersey Supreme Court declared a new trial was necessary, because the PowerPoint slide and the prosecutor’s comments amounted to prejudicial error.

“Prosecutors must walk a fine line when making comparisons, whether implicit or explicit, between a defendant and an individual whom the jury associates with violence or guilt,” the state Supreme Court said. “The use of a sensational and provocative image in service of such a comparison, even when purportedly metaphorical, heightens the risk of an improper prejudicial effect on the jury. Such a risk was borne out here.”

Well, of course. The prosecutor’s ethics alarms fizzled: how hard is it to figure out that comparing a defendant to a horror movie maniac is not fair or ethical?