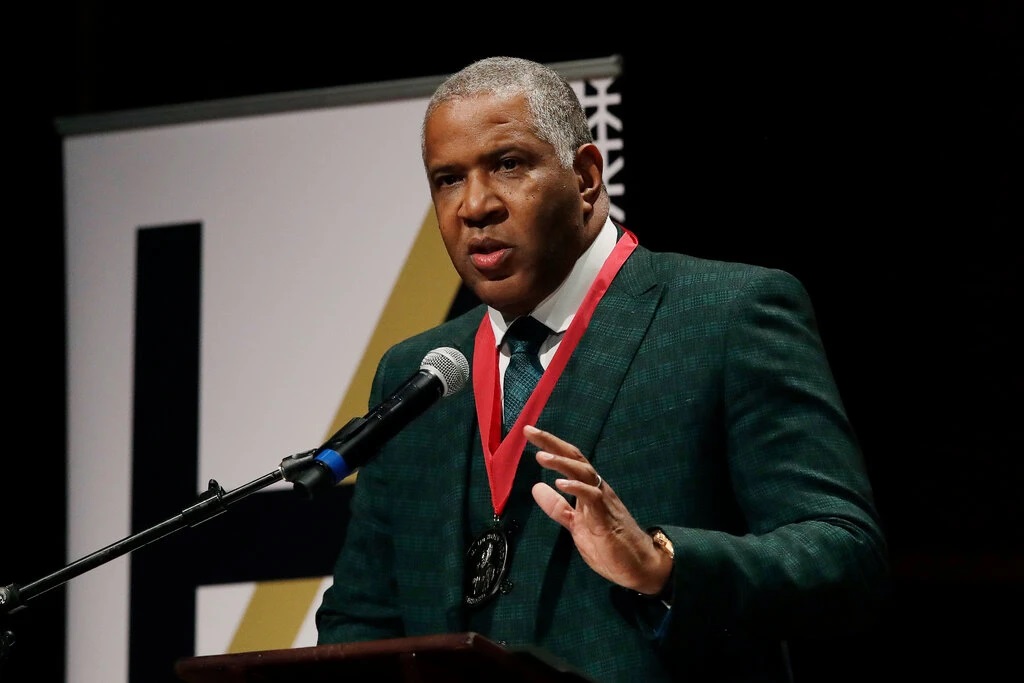 I don’t know how much more of this I can stand.

It is becoming increasingly clear to me that ethics rot is galloping through U.S. society and culture faster than I or anyone can match in efforts to curb it, and my wan attempts to sound ethics alarms are futile. This story is more proof.

Last fall, Robert F. Smith, the billionaire founder of Vista Equity Partners, a private equity firm, paid $139 million to federal authorities to settle one of the biggest tax evasion cases in American history. The tax evasion that sent gangster Al Capone to federal prison (where he died) was peanuts in comparison. Smith, a billionaire (and who knows how much of his wealth was acquired by unethical or illegal means, since he tried to cheat his own country out of taxes while butchers, bakers and candlestick-makers were paying their fair shares) could pay a $139 million with the ease you or I could pay an over-due parking ticket.

Yet despite this admission of criminal activity on a grand scale,

But the man is a criminal. Harvard and Yale decided they had to give back the contributions of Jeffrey Epstein, though his money was unrelated to his sex-trafficking activities. What kind of message does Morehouse send with its “Hey, if you give us enough money, we don’t care that you’re a crook” attitude? [Note: Smith’s generosity to Morehouse made him an Ethics Alarms Ethics Hero in 2019]

Meanwhile, the news media barely publicized this nauseating tale, certainly not to the extent that they blugged his Morehouse gesture. Why not? The Times, deep in its B-section, had an article last week headlined “A Buyout Fund C.E.O. Got in Tax Evasion Trouble. Here’s Why Investors Shrugged” months after Smith paid off the government. Yet it doesn’t have a valid explanation for “why.” The man, the article makes clear, deliberately set out to defraud the government. The article says that “Investors are often willing to overlook the misdeeds of money managers if they’re posting solid returns.” But why? Are they stupid? Are they so corrupt themselves that proof of absolute untrustworthiness isn’t seen as a problem? Why would anyone continue to trust a fund run by someone who deliberately evaded the federal income tax?

The Times headline is even equivocal: Smith didn’t “get into trouble,” he deliberately committed felony tax fraud, and was allowed to buy his way out of it. Smith’s nonprosecution agreement in October showed that Smith knew he had violated the law. The Feds had an ethical obligation to lock him up, just like they did Capone. A more perfect enactment of “laws are for the little people” I could not imagine.

Excuse me, I have to take a break to throw up.

There, I feel better.

Vista, says the Times, convinced investors that  Smith’s tax evasion had nothing to do with the firm, calling it a “personal tax matter.” You know, like Bill Clinton inducing a young intern to play sex games and then lying about it under oath was “personal private misconduct,” having no bearing on his trustworthiness as the official pledged to “preserve, protect and defend the Constitution of the United States.”

I’ve been an ethicist for almost 30 years, and the culture is more ethically bankrupt now than when I started.

16 thoughts on “A Billionaire Behaves Like Al Capone, Gets Away With It, And Nobody Cares.”