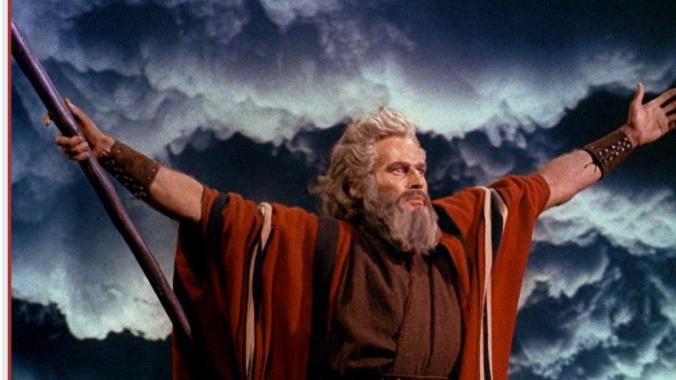 You can’t blame me for featuring this ethics landmark today: On April 3, 1948, President Truman signed the Economic Assistance Act, commonly known as the Marshall Plan, which authorizing the a program to help the nations of a war-torn Europe to rebuild. The effort was designed to stabilize Europe economically and politically so that the Soviet Union would not be able to spread communism further. U.S. Secretary of State George C. Marshall gave the plan its name with a speech at Harvard University on June 5 of the previous year. He proposed that the European states meet to agree on a program for economic recovery, and that the U.S. would would help fund it. The same month Britain and France invited European nations to send representatives to Paris to follow-through with Marshall’s formula. The USSR, Hungary, Czechoslovakia and Poland declined the invitation. The resulting Committee of European Economic Cooperation eventually presented its plan to Congress, which authorized the “Marshall Plan” on April 2, 1948. The next day, it was signed into law.

2. And now, speaking for the arrogant, biased, not as smart as they think they are people who lie to you daily, Lester Holt! At the 45th Edward R. Murrow Symposium at Washington State University, Holt received the Lifetime Achievement Award from the Edward R. Murrow College of Communication, presumably because they had to find a black journalist to give the thing to. Among his comments, which generally proved the stunning lack of self-awareness of himself and his industry, he said, .

Number one, I think it has become clear that fairness is overrated. Whoa, before you go out and tweet that headline, let me explain a bit. The idea that we should always give sides equal weight and merit does not reflect the world we find ourselves in. That the sun sets in the West is a fact. Any contrary view does not deserve our time or attention. I know that recent events assure that you won’t have to look far to find more current and relevant examples. I think you get my point. Decisions to give unsupported arguments equal time are not a dereliction of journalistic responsibility or some kind of agenda. It’s just the opposite.

That the sun sets in the West is irrelevant to the issue of “sides” or “fairness.” That Holt would have to use this analogy demonstrates his problem and that of most journalists: these people aren’t smart enough to be able to decide for us what “fair” coverage is, or what the “right” side of a controversy is. Thus they should simply report facts and events without editorializing or spinning—that job  is clearly already hard enough to occupy their full attention.

3. I am deeply conflicted...President Trump is calling for a boycott of Major League Baseball, Coke and Delta, all unethically engaging in efforts to interfere with the democratic process in Georgia by economic extortion. I hate boycotts; they are unethical. But corporations have to realize that caving to the Left’s favorite Machiavellian tactic is an existential threat to the nation, and they must learn to resist the path of least resistance by being taught that there will be equally unpleasant consequences if they do.

I am seriously considering launching a non-partisan boycott of the All-Star Game I think I know how to do it.

4. You know, “fair,’ like Lester Holt says...CNN’s chief political correspondent Dana Bash said yesterday on the air regarding rumors about Rep. Matt Gaetz (R-Fla.), “If you could see my text messages from some of his current and former colleagues, I actually can’t repeat what some of them say on morning television…It’s because he has not made himself popular with most of his colleagues…We’re talking about people who he has antagonized in the name of being … as beholden and as loyal to the former president, Donald Trump, as possible. In the name of being on conservative media, being on Fox News. Being the darling of that.”

Yes, and we’re talking about Bash alluding to material that she refuses to read in public or attribute while sliming the Congressman on the air. What a vicious hack. If you won’t read it or say who wrote it, then it is unethical to characterize it to the public. Obviously.

Holt, in his speech (#2),  bemoaned the loss of public trust in journalism institutions. It’s because people like Bash are running them.

5. And finally, Public Censor And Woke Narrative Defender Facebook…quickly took down self-described “follower of Farrakhan” Noah Green’s profile page immediately after media identified him as the attacker who was shot dead after driving into U.S. Capitol Police officers and going after them with a knife. This, of course, made it difficult to examine what led up to the attack, except through the dubious filters of people like Metropolitan Police Chief Robert Contee, who said in a press conference yesterday “that the attack did not appear terrorism-related.” Contee emphasized that officials would “continue to investigate to see if there’s some type of nexus along those lines.” What could that nexus be?

The Daily Wire reported after quicly reading Green’s page before it was pulled:

Long posts detailed Green’s life struggles and religious views, which include his belief that Farrakhan is Jesus. “I am currently now unemployed after I left my job partly due to afflictions, but ultimately, in search of a spiritual journey,” he wrote in part.

“I haven’t had much to lean on in the past few months,” Green continued. “I’ve been faced with fear, hunger, loss of wealth, and diminution of fruit. My faith is one of the only things that has been able to carry me through these times and my faith is centered on the Honorable Minister Louis Farrakhan as Jesus, the Messiah, the final divine reminder in our midst.”

Green went on to describe Farrakhan as his “spiritual father,” without whose guidance he would have “been unable to continue.”

“The Minister is here to save me and the rest of humanity, even it means facing death,” Green continued. “Be willing to deny yourself and follow him, pick up your cross.”

Meanwhile, the Syrian mass-shooter in Boulder has largely vanished from the news (all that matters is what gun he used, apparently), while the sex-addict who shot up massage parlors is still being held out by the news media as proof of a wave of anti-Asian hate.

“After this horrific event, our thoughts are with the Capitol Police and their loved ones. We have designated the incident under our Dangerous Individuals and Organizations policy, which means we have removed the suspect’s accounts from Facebook and Instagram, and are removing any content that praises, supports, or represents the attack or the suspect. We are in contact with law enforcement as they conduct their investigation…

Facebook also said it does not allow anyone, living or dead, to maintain a presence on the platform “if they are a mass murderer or if they attempt mass murder…We consider an attempted mass murder to be one where an individual uses a weapon or vehicle to attempt mass harm in a public space or against more than one person.”

Excuse me, but who the hell is Facebook to decide what the public is allowed to read, know or consider? And not to be a stickler, but no one is a “mass murderer” until there has been an official finding that so states. There hasn’t been. Facebook is making that official determination more difficult.