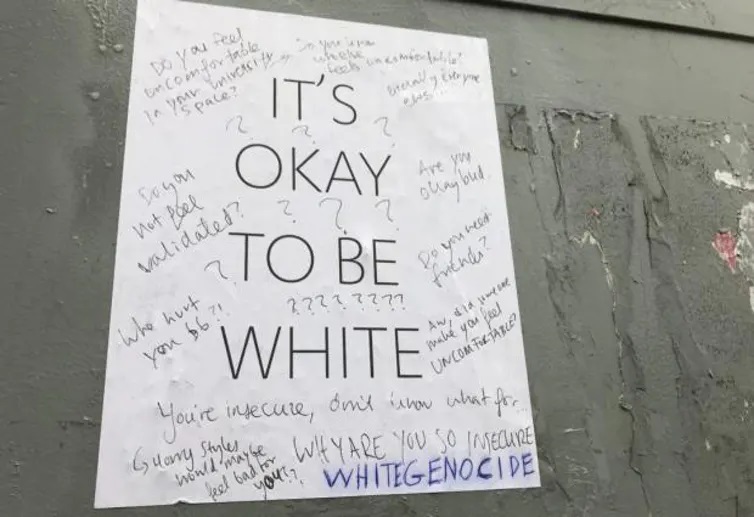 When the government says that it isn’t OK to be white (or male), that’s not just unfair, it’s unconstitutional. Why is this so hard to grasp? Why is it controversial?

Texas federal district court Judge Reed O’Connor ruled last week that the Biden Administration was engaged in racial and gender discrimination in the administration of pandemic relief funds under the American Rescue Plan Act. NO! The BIDEN ADMINISTRATION handing out special benefits to women and blacks to the disadvantage of whites based on no other distinctions but race and gender? Impossible! Completely out of character!

Thanks, I had a huge sarcasm lump in my gorge that showed up on my last X-ray as a horseshoe crab. Whew! Finally got that thing out!

Judge O’Connor found that the Biden administration deliberately engaged in systemic gender and race discrimination in implementing Wuhan virus relief for American restaurants. Café owner Philip Greer sued the Small Business Administration arguing that he needs the same financial assistance as minority restauranteurs under the newly enacted American Rescue Plan Act, since his Greer’s Ranch Café lost over $100,000 during the pandemic. But Greer learned that he could not receive benefits from the Restaurant Restoration Fund approved by Congress because he is the “wrong” gender and the “wrong” color.

The White House and the Democratic-controlled Congress want women, minorities and “socially and economically disadvantaged” people” to be first in line. $2.7 billion already has been distributed through the fund and there are almost 150,000 pending applications from owners who will get preferential treatment over Greer. The SBA confirms it already has requests for $65 billion in payments under the fund. Greer worries that he might not get any assistance at all….because he is white. And—yecchh!—male.

Preferences based based on race, gender and other potential areas of “invidious discrimination” must satisfy the constitutional burden of “strict scrutiny.” Such classifications are unconstitutional unless they are “narrowly tailored” to serve a “compelling governmental interest.” The Justice Department’s “compelling governmental interest” in penalizing Greer and other solely on the basis of their hues or Y-chromosomes, relies on studies showing that women and minorities have often had less access to loans and credit. The judge disagreed, and ruled that historical disparities are not a just reason to install a system of race and gender preferences when all restaurants, regardless of the owner’s group, were harmed by the pandemic.

Correct. Personally, I do not necessarily believe that the historic problems faced by blacks and women are the sole or even the major reason this administration wants to jump them ahead in line. I think it may be nothing more noble than delivering spoils to a constituency.

In a 1989 case with similar issues, the Supreme Court struck down a minority set-aside program in Virginia as a violation of the Equal Protection Clause, writing that using “identified discrimination” in the past to discriminate regarding current government benefits “would give … government license to create a patchwork of racial preferences based on statistical generalizations about any field of endeavor.” When trying to justify helping one race over another, “simply legislative assurances of good intention cannot suffice.”

Minority set-asides to remedy past inequities have been approved by the courts when they were created solely for that purpose and could be defended as a remedial benefit for a targeted group. This case, however, involved assistance for all restaurant owners, and race and gender were used to decide who received aid first, regardless of need. The Biden administration’s rationale could justify the use of racially discriminatory policies throughout the government, and potentially in perpetuity. Prof. Turley points out on his blog that “Under the American Rescue Plan, anyone can qualify for preferential treatment if they claim to be part of a group that has been subjected to racial or ethnic prejudice or cultural bias within American society. It is the legislative version of the special graduation held at the University of Portland for “QTBIPOC (LGBTQIA and/or BIPOC).” Once the inclusions were defined, the only major exclusion was straight white males.”

The Biden Administration can appeal, but I bet they don’t. They will continue to slip as much racial and gender discrimination under the metaphorical radar with the assistance of courts more sympathetic to government favoritism toward the “right” groups, as in an Oregon pandemic relief program for black businesses, called the Oregon Cares Fund, that was challenged by a Mexican-American café owner. The trial court rejected the plaintiff’s argument.