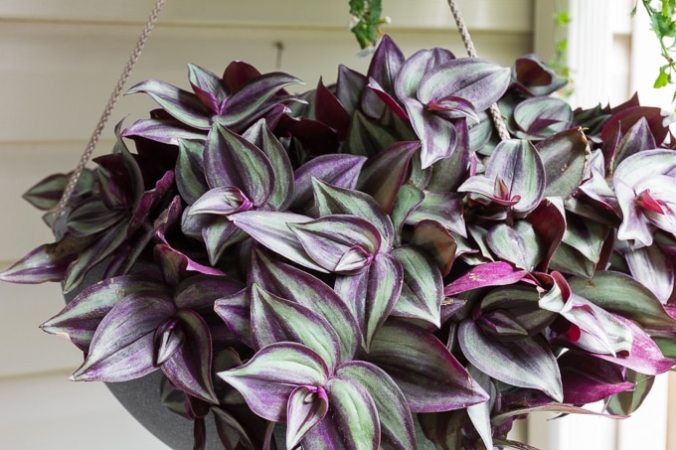 Sometimes it all seems too much to bear. When I stumble upon something like this, I feel like smashing my head with a croquet mallet enough times to reduce my brain function to that of Margorie Taylor Greene or Cori Bush, and spending the rest of my days watching “Three’s Company” re-runs. Then I decide to write a post, and realize that once again, the most appropriate graphic is the “Blazing Saddles” “You know: morons” video clip. I could use that clip on ten posts a day now. More. Why do I bother writing this blog if insane ideological extremism is making the culture, society and public dumber by the second?

Let me tell you a story…

“Mommy?” a young boy asked. “What’s do you call that pretty plant in the hanging vase?”

“It’s called a Wandering Jew,” the mother replied. “You see how its vines spread and wander? The name refers to an ancient legend that has inspired stories and literature all over the world. It may have begun with the Bible: in John 18:20–22 there is a reference to a Judean officer who struck Jesus at his arraignment before Annas, the first High Priest of the newly formed Roman province of Judaea in AD 6. A Christian legend held that the officer was doomed to live until Jesus returned at the end of world, the Apocalypse—like that Bruce Willis movie we watched about the big comet about to hit the Earth, remember?—and until then the cursed man would have no home or friends as he wandered constantly. Roger of Wendover, the medieval English chronicler, wrote in his Flores historiarum of how an archbishop from Greater Armenia, visiting England in 1228, reported that there was an Armenian man formerly called Cartaphilus who had been Pontius Pilate’s doorkeeper. He had struck Jesus as he dragged his cross to Calvary, urging him to go faster. Jesus replied, “I go, and you will wait till I return!”

The mother continued, as her young son listened, fascinated:

“In 1602, a German pamphlet, “Kurze Beschreibung und Erzählung von einem Juden mit namen Ahasverus” told the story of how at Hamburg in 1542, Paulus von Eitzen, a Lutheran bishop, claimed to have met an ancient Jewish man who claimed to have taunted Jesus on the way to the Crucifixion. In that version of the story, Jesus replied, “I stand and rest, but you will go on!” The pamphlet was translated into other languages all over Europe, and encounters with “the Wandering Jew” began to be reported. In 1868, the Wandering Jew was supposedly even seen in Salt Lake City!”

“The legend has inspired or been included in the works of many of the greatest and most important writers in Western literature, like Shelley, Goethe, Thomas Carlisle, Pushkin, Hans Christian Anderson, Charles Dickens, Nathaniel Hawthorne, Gen. Lew Wallace (who wrote “Ben-Hur”), Mark Twain, Guy de Maupassant and more,” the woman told the boy. “I’ll read you some of their stories beginning tonight!”

“There’s a female version of the Wandering Jew too, a woman called Kundry or Herodias, who laughed at Jesus as he was being crucified. She turns up in Richard Wahner’s opera “Parsifal.” I think we have a recording of that: I’ll play a bit for you. Speaking of Wagner operas, the scary ghost story about the Flying Dutchman may have been based on the legend of the Wandering Jew: the ship has been called “the Wandering Jew of the ocean.”

“There is also speculation…” she began, but her son interrupted her.

“We have that plant in our classroom. Teacher says that only anti-Semites call it The Wandering Jew, and that the real name is “The Wandering Dude.”

The mother gasped in horror. “Your teacher is right, son! All of those writers were bad people. Forget everything I just said. Go watch your cartoons.”

Following the threads, tracks and footprints of our infinitely rich tales from history and literature opens up endless journeys to enlightenment, perspective and knowledge. Mindless knee-jerk political correctness erects roadblocks to this long-long process, using the fatuous justification that someone, somewhere, might be offended. The more that instinct to censor and sanitize infects the culture, the poorer and less functional it becomes.

Yes, the growing consensus in the U.S. is to call the popular houseplant Tradescantia zebrina the “wandering dude.”

I don’t want to talk about it any more.

22 thoughts on “The Great Stupid Marches On: Plant Name Political Correctness And The Wandering Jew”