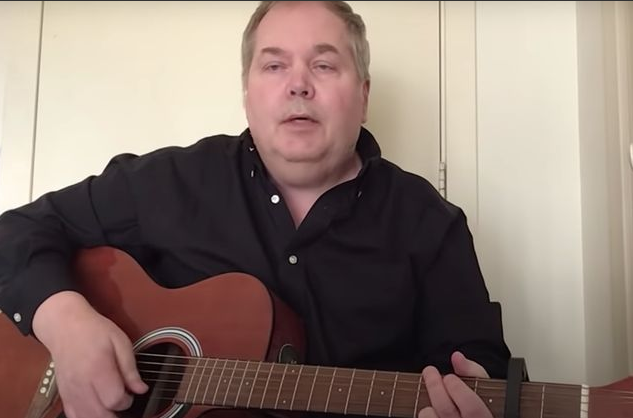 Market Hotel agreed to host a concert on July 8th featuring the musical stylings of attempted Reagan assassin John Hinckley, Jr., who has been released  into the world on the theory that he was never technically guilty of a crime because he was insane at the time.  Hinckley called the show the beginning of his “Redemption Tour,” during which he will play his songs (are those bad rip-offs of Dylan dedicated to Jodie Foster on the program?) to promote, he says, rehabilitation for formerly incarcerated criminals and the mentally ill.

Brooklyn music venue Market Hotel wrote on Instagram that they agreed to host the show because they believe Hinckley’s song-fest “sends a message that mental health issues and a criminal past can be recovered from and atoned for, after serving one’s debt to society and getting real treatment.”

Translation: They wanted the money and the cheap publicity.The fact that Hinckley believes he has any business singing in public suggest to me that he’s not as sane as the doctors seem to think.

Market Hotel also says they support “hosting provocative happenings for its own sake,” and added that “it’s worth reiterating that this guy performing harms no one in any practical way. This is a sexagenarian with an acoustic guitar.”

The Hinckley show, as Market Hotel correctly calculated, quickly sold out. “No one in this world…has ever lost money by underestimating the intelligence of the great masses of the plain people,” H.L. Mencken wrote. (Yes, that’s the real quote.) Somehow, however, the venue didn’t predict that many other people would have problems with this “entertainment.” There were apparently some threats of violence, so, like so many of the weenies, cowards, knaves and weasels have done of late when Constitutional rights and principles are threatened on their watch, the Market Hostel proprietors folded like a wet cardboard sign.

“If we were going to host an event for the principle, and potentially put others at risk in doing so, it shouldn’t be for some stunt booking — no offense to the artist,” Market Hotel wrote on Instagram yesterday. “We might feel differently if we believed the music was important and transcended the infamy, but that’s just not the case here (though any artist can get there — even someone who committed awful crimes and suffered mental illness).”

Nope, uh-uh, sorry…wrong. That’s an ethics foul, and serious one. If you allow threats to shut down a John Hinckley concert, that encourages and enables another group of censors to shut down a Dave Chappelle concert, or an Anna Netrebko concert. The ethical principle isn’t that only good, admirable, artistically valuable expression should not be stifled by threats, but that no expression should. Hinckley’s crummy songs deserve the same principled protection as any other artistic product.

Of course, the Market Hotel had no obligation to give Hickley’s junk a performing space initially. Once they did, however, they must not use threats from a mob that doesn’t comprehend the First Amendment and what it stands for to back out.

My guess is that the Market Hotel realized that the concert was a serious public relations blunder, and is using the threats as an excuse to save face. That’s unethical and cowardly too. Now, the venue is encouraging more anti-speech thuggery, because they let it work.

8 thoughts on “Censoring Expressive Speech By Bowing To Threats Is Unethical…Yes, Even When The Speech is John Hinckley’s”