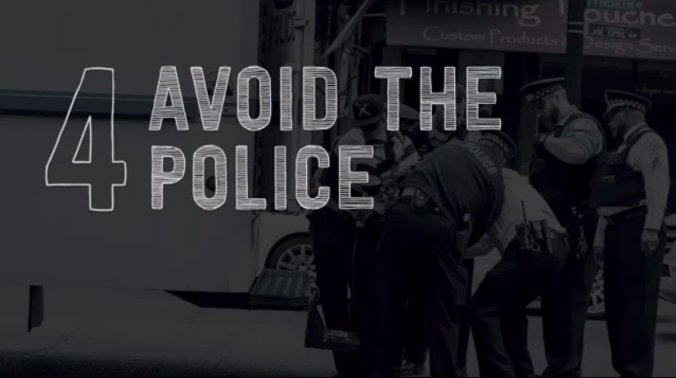 Oh yeah, our public school students are in the very best of hands.

A video called “Don’t be a Bystander: 6 Tips for Responding to Racist Attacks,” was shown to Denver South High School students in their classes. The film explains that “in our current political moment, White supremacists and White nationalists have been emboldened, and as a result, public attacks are on the rise.”  Those tips for responding to “racist attacks” include do “not call the police” because it “escalates, rather than reduces” violence.  You see, “police have been trained to see people of color, gender-nonconforming folks, and Muslims as criminals, they often treat victims as perpetrators of violence. So, if the victim hasn’t asked you to call the police, do not — I repeat, do not — call the police.”

Apparently some parents had a problem with this particularly heinous example of indoctrination. Five law enforcement associations in Colorado also objected  to the video, warning that it would increase “negative perceptions of law enforcement and [hurt] our efforts to build trusting relationships within the communities we serve, including schools and student populations.”

“Discouraging students from calling the police in situations that have a high probability of violence and telling them to handle it themselves is irresponsible,” the letter from the police said. “Suggesting that police officers are trained to treat people of color and members of the disabled and LGBTQ communities as perpetrators is false and offensive.”

Here’s the best part, though: Denver Public Schools explained that the video was chosen off the web because of its title and theme, but no one viewed the video before it was shown to students.

Translation: “We are incompetent, irresponsible fools that cannot and must not be trusted to educate children”

Fire them all. Fire the people who hired anyone responsible for this fiasco. In fact, level the school and sow the grounds with salt. Clean house in the school district and start from scratch, maybe with one-room schools  like in “Little House on the Prairie.” Anything would be an improvement.

Our public schools are a national disaster because the educational establishment spawns far too many employees who do things like this.

So far, with the exception of CBS News, none of the non-conservative, non-local news outlets have deemed this episode newsworthy. The super-woke Denver South high school (it’s big on “diversity,” “antracism” and “gender identity”) has been cheered on by the Washington Post repeatedly since 2018, yet somehow, the Post missed this story.

Democracy dies in darkness, you know.