An Oregon woman, Kristine Johnson, is suing the Church of Jesus Christ of Latter-day Saints (that’s the Mormon church) for $9.54 million because Timothy Samuel Johnson, her husband, confessed to church leaders that he had sexually molested a child, and he was reported to law enforcement authorities, leading to his arrest, conviction and imprisonment. The lawsuit alleges that local church leaders breached confidentiality and the “priest-penitent privilege. Timothy Johnson had confessed to  clergy that he had repeated sexual contact with a minor. Local clergy’s actions “totally violated church policy,” says the woman’s lawyers. “It’s been devastating on the family,” plaintiff’s counsel told the press. “They lost a husband and a father, and local girls lost a reliable source of gifts, friendship, and excitement.”

OK, I’m kidding about the part after “father.” END_OF_DOCUMENT_TOKEN_TO_BE_REPLACED

Well, it sure isn’t religious discrimination, but that’s what some of The Offended are claiming.

This is a poster for a holiday repackaging of “Deadpool 2,” the tongue-in-cheek sequel to the previous tongue-in-cheek Marvel superhero hit, “Deadpool,” featuring the hideously scarred, invulnerable, foul-mouthed and irreverent superhero who routinely breaks the fourth wall to crack jokes.  The poster is a parody of the “The Second Coming,” a painting by Harry Anderson that is inexplicably popular among Mormons, and often hangs at meetings of members of The Church of Jesus Christ of Latter-day Saints. Here’s the poster’s inspiration:

END_OF_DOCUMENT_TOKEN_TO_BE_REPLACED 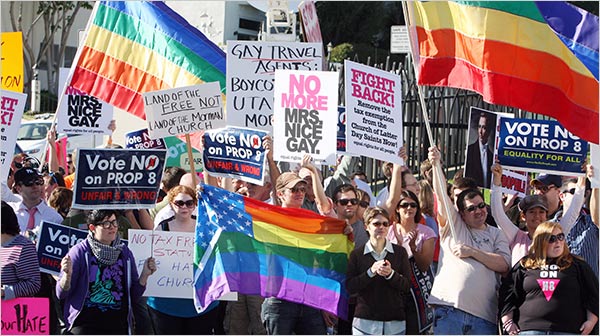 Prolific commenter Steve-O suggested that my previous post, Planet Ethics To Earth’s Gay Marriage Combatants: “You’re Mean, You’re Disgusting, And You’re Embarrassing The Human Race”, would have done more good if I had written it a few years ago. That’s hindsight bias, of course, but I did point out the unethical nature of similar tactics more than a few years ago, when gay marriage advocates announced a boycott against the state of Utah. ( I also, more than a decade ago, explained why this debate would be intense and emotional, and suggested the only chance, admittedly a faint and likely futile one, that the anti-gay marriage forces had to prevail.) Steve’s suggestion is also fanciful, in that Perez Hilton’s inane pronouncements on a Lindsay Lohan Instagram carry about 100,000 times more weight and influence than anything written here, and probably more than anything written about ethics issues anywhere, by anyone.

With that sad fact noted, the renewal of the problem of punitive and unfair boycotts as well as the escalation of brutal tactics in the gay marriage wars justifies a re-print of this essay from the Ethics Scoreboard from 2008, shortly after Proposition 8 was voted into law by Californians. As an aside, I note with some nostalgia the sober style in which Scoreboard posts were written. Therein lies the difference between an ethics website that posted essays composed over several days, and an ethics blog that attempts to keep up with multiple issues a day. The former is certainly more professional in tone; the latter is more personal and unfiltered, and, as a result, more read.

In the wake of California’s popular vote to over-ride its Supreme Court and establish marriage as restricted to heterosexual couples, gay rights advocates are urging an economic boycott of the state of …Utah.

Why Utah? Well, the Mormon Church, based in Salt Lake City, encouraged its members to work for passage of California’s Proposition 8. Thousands of Mormons worked as grass-roots volunteers and Mormon contributors gave tens of millions of dollars to the campaign. “At a fundamental level, the Utah Mormons crossed the line,” said gay rights activist John Aravosis, whose AmericaBlog.com is urging the boycott. “They just took marriage away from 20,000 couples and made their children bastards. You don’t do that and get away with it.” END_OF_DOCUMENT_TOKEN_TO_BE_REPLACED

There are a wide variety of offenses that ought to lead to a college professor’s dismissal. Incompetence, for example. Our young minds should not be shaped by fools. A university should not tolerate discrimination and bias,  either. Every occupant of a classroom should  feel that he or she is equally welcome regardless of race, color, gender…well, you know the list. Abuse of power by a teacher shows  a lack of trustworthiness; that kind of conduct, as well as its close relative, bullying, must be strictly forbidden on campus. Then there are an assortment of character traits and professional deficits that must lead to severance from a teaching position when they are in evidence, traits like laziness, ignorance, lack of respect for core American rights, and stupidity, which, neatly enough, brings us back to incompetence.

This also brings us to the case of Dr. Deandre Poole, the Florida Atlantic University professor who ordered her class to write “Jesus” on a piece of paper and then to stomp on it. When one student, a devout Mormon, refused, and was clearly upset about it, he took steps to have the student punished for that old favorite, violation of the student Code of Conduct. Dr. Poole, through his participation in this ridiculous incident, has shown himself guilty of all the forms of unacceptable conduct listed above: END_OF_DOCUMENT_TOKEN_TO_BE_REPLACED 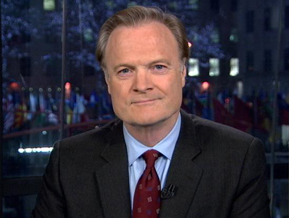 Is this really how it is going to be? Are the media protectors of President Obama really going to stoop to anti-Mormon bigotry to attack Mitt Romney?  First New York Times columnist Charles M. Blow writes disparagingly about the Mormon “magic underpants” with nary a peep of  protest or discipline from his bosses at the New York Times, and now MSNBC host Lawrence O’Donnell spews out this last night as Romney’s three primary wins were being tallied:

“Mormonism was created by a guy in upstate New York in 1830 when he got caught having sex with the maid and explained to his wife that God told him to do it. Forty-eight wives later, Joseph Smith’s lifestyle was completely sanctified in the religion he invented to go with it. Which Mitt Romney says he believes.” END_OF_DOCUMENT_TOKEN_TO_BE_REPLACED 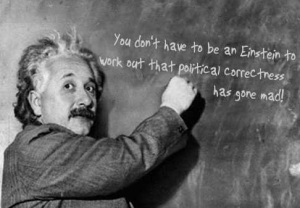 Michael, who is now the Ethics Alarms all-time leader in the Comment of the Day category, scores another with a thought-provoking post inspired by the New York Times’ stunning disinterest in its columnist tweeting a religious slur about Mitt Romney. I’ll have some added reflections at the end. Here is his Comment of the Day on “Charles M. Blow’s Anti-Mormon Tweet, Chapter 2…”:

“I remember an article about this when I was in college. In analyzing how the news media treated different races, they came up with the PC Hierarchy. Anyone higher on the hierarchy can criticize or be insensitive to anyone below them. If there is a conflict between two groups, the one higher on the PC scale is assumed to be right”

Charles M. Blow, the New York Times columnist who sent his followers an uncivil, unprofessional and bigoted tweet regarding Mitt Romney and his faith during Wednesday’s debate [“Let me just tell you this Mitt ‘Muddle Mouth’: I’m a single parent and my kids are *amazing*! Stick that in your magic underwear.”] issued a fascinating…something...today in response to criticism, which did not come from the supposedly bigotry-sensitive left. He tweeted:

“Btw, the comment I made about Mormonism during Wed.’s debate was inappropriate, and I regret it. I’m willing to admit that with no caveats.”

It is fascinating to me that this is being called an apology by Blow’s supporters and conservative critics alike. If it is an apology, and that is open to dispute, I’d like someone to explain to me how Blow can use “regret” as a stand-in for “I apologize,” and yet the same commentators who are interpreting the word that way have insisted that President Obama’s repeated use of “regret”to refer to past U.S. foreign policy actions was not the equivalent of apologizing, and have in fact stated that this interpretation by conservative critics is “a lie.”

Among those who have defended the President in this way, I believe, is Charles M. Blow. END_OF_DOCUMENT_TOKEN_TO_BE_REPLACED