A toilet at Patrick Henry High….

Yyyyyyup! The American public school system continues to impress. As they used to say, “Get a load of this!“

In 2012 Gonja Wolf was an art teacher at Patrick Henry High School in the San Diego Unified School District. She was monitoring a 25-minute study hall. Administrators at the school had told teachers that frequent bathroom breaks for students would undermine the study hall’s purpose, which was uninterrupted study. They also told teachers to use their common sense. Unfortunately, Ms. Wolf had no common sense.

When a young woman in the class, a freshman, asked to go to the restroom, Wolf ordered her to urinate in a bucket in an adjacent supply room rather than use the bathroom during class.  The bucket was there because Wolf, a think-ahead type of person, purchased the bucket, she said, to serve as a toilet in case of a security lockdown, and had even used the bucket for emergency peeing herself. (I should have put this story in the “I Can’t Believe I’m Writing This” file.) She said she misunderstood the school’s instructions about bathroom breaks, but thought it was a good idea. To have students pee in a bucket. She actually said this under oath.

Allow me to elaborate, guys.

Let’s take your recent unfortunate experience at the San Diego Padres game last night No doubt about it, somebody, probably lost of people, messed up big time.

Before the Dodgers-Padres game at Petco Park, a hundred singers from your San Diego Gay Men’s Chorus  assembled on the field  to sing the National Anthem. Then, just as you were getting ready to sing, and very well, too, if the Gay Men’s Chorus of Washington, D.C. , which I have heard sing many times, are any indication, somebody put on a recorded version  a woman singing it instead. Was it  Lady Gaga? I hope so; that was great.   I guarantee it wasn’t a recording of Rosanne Barr wrecking the song at a Padres game in 1990, but if you want to put what happened to you in perspective and haven’t heard it, here it is. Okay, I’m ready: I have my eyes closed and my fingers are on my ears:

But I digress.  Here you all were, out on the field, ready to sing and entertain the fans, and you are suddenly listening to a recording over the loudspeakers.Nobody stopped it,  no announcement, explanation or apology followed it. You all had to just stand in center field feeling and looking awkward until the song finished, the crowd cheered, and  they escorted you off the field.

A jury this week rejected a law suit by  Anna Alaburda (above), a 2008 graduate of Thomas Jefferson School of Law. seeking  damages on the grounds that the San Diego institution misled her by fraudulently enhancing  job-placement data concerning its alumni. The case had been hailed by supporters of the alleged “Lawscam” conspiracy theory that holds that students across the country have been gulled by promises of riches, firm partnerships and career success into paying for degree that only brought them debt and disappointment. Similar suits had been dismissed or abandoned, and this was supposed to be the lawsuit that broke the dam.

Alaburda’s sad tale was that she has been unable to find full-time work as a lawyer even though she graduated near the top of her class and she still has to pay $170,000 in educational debt. She sought $125,000 in damages: $92,000 in lost income and $32,000 for tuition and fees.  The San Diego Superior Court jury voted 9-3 to reject her fraud claim, however. A single fact in evidence explains why all by itself: she turned down a perfectly good career-starting offer (paying $60,000 a year) from a firm shortly after graduation, apparently on the grounds that she felt the firm was too hard on mortgage delinquents.  Well, the school didn’t promise nice legal jobs: that was her decision, her mistake, and her misfortune. The rejection of the kind of  job offer many young lawyers were desperate for  broke any chain of causality between the alleged fraud and her alleged damages. I’d like to know where Alaburda’s lawyer went to law school and learned that this pathetic case was a viable suit. Maybe that lawyer should sue for educational malpractice. END_OF_DOCUMENT_TOKEN_TO_BE_REPLACED

With so many terrible news stories going on around the world, it is not surprising that a bumper crop of strange and stupid ones this week went almost unnoticed. In Indiana, a truck crashed and spilled 45,000 pounds of butter, whipped cream and other dairy products on an interstate. In the skies, an elderly woman went berserk on an airplane and began beating everyone is sight with her artificial leg. This, however, wins the prize: the annual Comic Con  “Zombie Walk” in San Diego went horribly wrong when a group of rogue zombie portrayers, dressed like rotting corpses and moaning, carried their method acting too far and swarmed a car containing a family with young children—a deaf family with deaf children. Ignoring the obvious alarm and terror on the faces of the car’s occupants, the Walking Dead Wannabes pounded on the car, broke its windshield, and one zombie jumped onto the hood. At that point the driver panicked, and tried to pull away from the crowd, running down a 64-year-old woman who was seriously injured as a result. END_OF_DOCUMENT_TOKEN_TO_BE_REPLACED

“This morning we told the students that there will be no romance in 5th grade.”

–—Principal Liz Sloan, in a letter to the parents of fifth graders at the Ellen Browning Scripps Elementary School in San Diego.

When exactly was it that the public schools began believing that they had unlimited power over the private lives of students? That they could encroach upon the authority of parents, as well as the natural autonomy of children themselves? is this a byproduct of the increasingly arrogant micromanagement of our lives by the government, and those who believe that liberty, even as it is expressed in the once sacrosanct realms of the family home or the recreation of children, should be subordinate to what government “experts,” bureaucrats and autocrats believe is “best” for us? I don’t know when, but I do know that I thank the fates every time I reflect on our choice to home school my son, not merely because of its effect on him, but because I fear that it would have taken just a couple of encounters with people like Liz Sloan to give me a police record that would have been a serious occupational handicap.

Here is the rest of her letter: END_OF_DOCUMENT_TOKEN_TO_BE_REPLACED 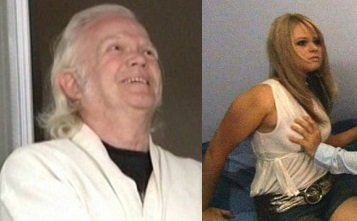 “Fick” is a term of art on Ethics Alarms, describing the rare unethical miscreant who is not only  engaged in misconduct but perfectly happy to profit from it in full view of the public eye, apparently without shame. The appellation  is named after the despicable Leroy Fick, a Michigan lottery winning millionaire who exploited a loophole to keep getting public assistance. Ficks are the worst of the worst.

As the number of women who have accused him of groping, head-locking, kissing or otherwise sexually harassing them climbed beyond 18, Filner adamantly refused to do the right thing and resign (call me crazy, but I think even Bill Clinton would have had the decency to resign if a new Monica surfaced every other day for a month), even as other allegations of his misdeeds in the financial realm were being investigated. Knowing the recall effort rapidly gathering steam would cost the city many thousands of dollars, and understanding that San Diego was being humiliated as well as being barely governed while Mayor Fick, er, Filner, held it hostage, the city council has negotiated an exit by Filner, one that requires the city to pick up his legal tab, as well as the damages or settlements he would otherwise pay in any law suits against him arising out of his various incidents of harassment. END_OF_DOCUMENT_TOKEN_TO_BE_REPLACED

Comparing ethics to Ms. Jones’ position is apples to Oranges…

Are government ethics at all levels really getting worse, or is it just that we have more and easier access to the evidence than we used to? I hope it’s the latter. I fear it’s the former. Certainly I have never seen anything as disgusting as San Diego Mayor Filner’s determination to stay in office as evidence mounts that he is a serial sexual harasser and a menace to any woman who is unfortunate enough to come within arm’s reach. Despite the fact that the number of women coming forward to accuse him has reached eleven (actually I haven’t checked since last night…it’s probably more by now), and despite polls that show that two-thirds of the city’s voters think he should resign ( the other third are Democrats, which should, but won’t, cause some critical self-examination by the party that claims to be on the right side in “the war against women”), Filner refuses to do the honorable thing, and instead will force the city to spend millions on a recall.

The carnivals of the shameless in San Diego and New York have been keeping less spectacular but equally troubling tales elsewhere from getting proper attention. In Louisiana, for example, where ethics has always meant something other than, well, ethics, we have this  sequence of events.

Orange Jones is the executive director for the New Orleans chapter of  Teach For America. Which she was elected to the state Board of Elementary and Secondary Education, the state’s Ethics Board chose to declare, in opposition to the recommendation of its own attorneys, that the obvious conflict of interest—Teach For America bids on state teaching contracts, which are awarded by the board—wasn’t one, on the disingenuous theory that Jones was only the head of the city’s Teach For America operations, not the whole state’s. END_OF_DOCUMENT_TOKEN_TO_BE_REPLACED