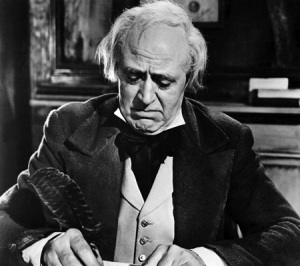 The average compensation for chief executives of the 500 largest U.S. corporations is going up again.

According to Governance Metrics International, the average compensation for the CEOs, including salary, bonus and benefits plus the exercise of stock options, the vesting of stock grants and retirement benefits, was just under $12 million in 2010, up 18 percent from 2009. As Washington Post business writer Steve Pearlstein observes in his column this week, if you believe this is justified by market forces and common sense, “then you must also believe two things: First, that none of these guys would do the same job for a nickel less. Second, that the value of the chief executive went up 18 percent last year while the value of average workers in their companies changed very little.”  “And,” concludes Pearlstein, “if you believe that, you are a fool and an ideal candidate for an open seat on an S&P company board of directors.”

The absurd gap between executive pay and worker pay is per se unfair, but its damage to our culture and society goes far deeper than that. Democracy is a system that depends on public trust in the spirit and values of humanity, and its objective, liberty, is inextricably linked to a free economic system, or at least as free an economic system as can be endured. When those who run companies appear to be exploiting those who work for them and sacrificing the efficient and profitable provision of needed goods and services to the public for pure personal gain, trust in the economic system crumbles, and with it trust in democracy and freedom.

The research of professors Lucian Bebchuk at Harvard and Jesse Fried at Berkeley has shown that the top five executives keep about 10% of the net profits of large public companies now, about twice as much as in the early 1990s. Their research also found that the size of chief executive pay has a negative correlation with the corporate profitability. This means, in short, that the highest paid corporate executives are satisfied to make outrageous sums of money even though it harms their companies, stockholders, the economy, the jobless, and the nation.

The current CEO to worker compensation ratio among large companies in the U.S. starts around 200 to 1 and goes up from there, in contrast to Britain at 25-1,  Sweden at 13-1, Germany at 11-1 and Japan at 10-1. Half a century ago, the average U.S. ratio was about 8-1. Why do U.S. executives insist on so much more now, eating up profits that could be used to build companies, do research and development, add jobs? Just greed and ego. It is as simple as that.

I remember when I worked for the U.S. Chamber of Commerce, its current president, then my boss, told me that salaries had nothing to do with merit, value, or need. “It’s how we keep score,” he said. So in the interest of “keeping score”, executives manipulate the incestuous corporate governance system to devote obscene resources to enriching themselves, even as middle class America is in the grip of financial crisis.

These privileged and powerful individuals’ lack of the basic ethics necessary to subordinate their greed to the needs of American society will inevitably force the law to move in aggressively, as it usually does when ethics fail. The resulting harsh regulations and legal restrictions will harm innovation, restrict growth and take a little, or a lot, more liberty out of American life, and the fault will be entirely on a corporate culture that allowed executives to abuse their positions, fail their duties and destroy trust in the capitalist system.

Can the corporate culture be reformed before this occurs? Pearlstein is justly pessimistic. “Unless we are prepared to stop working at companies that overpay their executives, investing in them and buying from them, there’s little hope of restraining executive pay,” he writes. Harvard Business School professor Rakesh Khurana echoes the theme. “This is really a story about power,” he says.  “Private power, the power of the economic elite, has trumped social norms, has trumped political power.”

11 thoughts on “How the Lack of Ethics Cripples Democracy, Reason #2: Corporate Executive Greed”