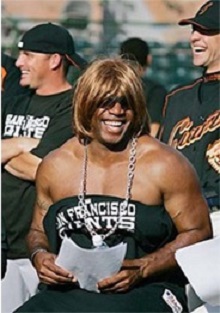 The fur is flying in California and also in the internet culture wars over California’s latest foray into social engineering, officially known as Assembly Bill 1266, and popularly known as “the bathroom bill.” In its current form, the proposed legislation states…

“A pupil shall be permitted to participate in sex-segregated school programs, and activities, and facilities, including athletic teams and competitions, and use facilities consistent with his or her gender identity, irrespective of the gender listed on the pupil’s records.”

Here is such a wonderful example of the inherent limitations of laws as opposed to ethics that I’m considering having it framed and mounted.

Advocates of the law, or perhaps it is fairer to say defenders, can easily point to the kind  of situation the measure could make fairer and better. For there is a real problem here, unless, as some still do, one does not regard gender identity disorders as a legitimate psychological/medical issue but rather a form of sinful perversion. As in the matter of mandated handicapped accommodations in the Seventies, American society is gradually moving from a pure majoritarian position of saying, “Yup…these people don’t fit in the societal templates, and you know what? That’s their problem. We’re not going to inconvenience ourselves to help them” to a communitarian, empathetic position of saying instead, “We’re willing to make some adjustments and sacrifices so you can be a happy, respected and productive member of society.”  The dilemma is that while ethics cannot be counted on to handle the issue (Marshall’s First Law: “When ethics fail, the law takes over….”) laws by their very nature don’t handle such problems very well. Laws have to be absolute, or they become too vague to be effective or fair. No law, however, can be written to handle all permutations of the gender identity problem, or to prevent abuse of the law itself. This was and is true of the various laws guaranteeing rights for the handicapped, as any honest employment lawyer who deals with the Americans With Disabilities Act will admit. And the gender issue is much, much harder.

Ethics Alarms’ own Edward Carney makes as good a case for 1266 as one can make in his opinion article in And Magazine. He writes,

“Picture this … your 7 year-old daughter comes home from school in tears. You ask her what’s wrong and she says she’s afraid to go to the bathroom at school because dozens of boys come in while she’s in there. Outraged, you call the school to demand an explanation. You’re told that your daughter is telling the truth, because the school has made it clear that your daughter is only allowed to use the boys’ room, no matter how uncomfortable she feels there. Oh yeah… your daughter is transgendered.”

There is no question that this is the kind of scenario the law is designed to fix. It would be fine for someone to argue that common sense and ethical values like fairness, respect, empathy and consideration rather than the law should rule here, with the school and community making the reasonable and sensitive decision that if the child looks like a girl, acts like a girl and feels like a girl, she should be allowed to use the girls’ bathroom, play on the girls’ soccer team and join the local Girl Scout troop. Fine, but naive. Some students would be freaked out; some parents would scream bloody murder, and some would write letters. The girl,whatever the final resolution, would end up feeling like a freak and an outcast. There would be lawsuits, with money and liability risks, rather than right and wrong, determining where the school and community stood. Moreover, the episode would raise the classic and unanswerable ethical conflict that has perplexed civilizations for centuries: how much should the majority be willing to sacrifice for a minority, particularly a tiny minority?

That conflict would remain contentious if the matter were settled by law, but the rest of the crisis would never arise….no letters or lawsuits— it’s settled: if the child identifies as female, she gets to do what females do. Good.

Now imagine that a smart, athletic, large high school boy comes from a family that can’t afford to send him to college. He’s not quite good enough to be a standout on the boy’s basketball team, but he’d easily be a stand-out, indeed a juggernaut, in girl’s basketball. So the family decides: OK, if you’re up for it, wear a dress (you can keep the beard), call yourself “Carol” (or maybe your name is already “Pat,’ so you can keep it) and demand to try out for girl’s basketball. Pat is 6’8” and 240  pounds—he can crush those girls. It’s unfair; it’s dangerous; it’s absurd. But as I read the proposed law, Pat can’t be stopped, because the law provides no verifiable standards for determining what Pat thinks his gender identity is.

That’s just one undesirable scenario the law allows. I wrote about another here, where at Olympia College in Washington, a transgendered, 45 year-old adult identifying as a woman “likes to display her alien genitalia with abandon in the ladies locker room, despite the fact that she often is surrounded by members of a high school swim club and a children’s swimming academy, many of whom are high school age or younger, and some of whom are as young as six.”

“The real problem is that gender and sexual identity are far more complex things than we realized even just a couple of decades ago. It seems nigh impossible to accommodate everyone with regard to both their sense of social comfort and the security of their personal identity. Yet the problem certainly will not be solved by normalizing discrimination against one class of people to preserve the most convenient notions of social decorum. Neither will it be solved through a lack of imagination – an entrenched inability to understand marginalized people on their own terms, as opposed to in whatever way matches the strict limits of your own experience. The world and its people are marvelously diverse. It gets so that the dizziness that comes of trying to take it all in can seem an awful lot like insanity. But that’s no reason to just shake your head from the swoon and abandon the challenge that diversity poses for social justice.”

I agree; we all should agree. Nonetheless, resorting to a badly drafted and over-broad law that has easily identifiable flaws and opportunities for abuse is irresponsible, a surrender to the popular but foolish “we have to do something!” impulse. Criticizing and rejecting a reckless law that is offered for the best of intentions should not be treated as a rejection of the admirable goals behind the law, but rather as adherence to rational and responsible standards in lawmaking. If a critic has no empathy for transgendered individuals but correctly points out that the law is too broad, the law is still a bad law. If an advocate for the transgendered supports the law despite understanding its obvious and serious flaws, he’s still an irresponsible lawmaker.

There is a real problem to be solved. This proposed law doesn’t do a good job solving it, however, and will create at least as many problems as it wants to address. Indeed, there are some problems that either ethics must solve, or there will be no solution. This might be one of them.

The only responsible and ethical verdict on Assembly Bill 1266 is “Don’t give up. But back to the drawing board.”