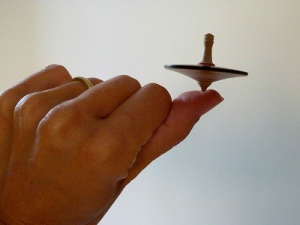 The interview Lauren Green of Fox news inflicted on her guest, Reza Aslan, was bad journalism, bad television, and just plain wrong–unfair, unreasonable, and biased. In a sane U.S., nobody would defend such a dull-edged hatchet job, which appeared to be crafted, by Green or her Dark Lords at Fox, to make the network’s conservative Christian viewers happy by accusing a scholar of religious bias for simply challenging the historical accuracy of the New Testament. But this is an insane, crazily partisan U.S., where every perceived defeat in the culture wars is cause for garment rending, so such niceties as being honest when one of your allies misbehaves is considered tantamount to surrender.

Thus along comes conservative religious scholar Matthew J. Franck, who on his blog First Thoughts hands the Christian Soldiers of the Right just the ammunition they need to rehabilitate Green. (Note: Green revealed herself as a shameless hack, and doesn’t deserve to be rehabilitated.) Naturally, the strategy is to discredit Aslan, and this he tries to do with gusto in not one, but two blog posts. His accusation: Aslan misrepresented his scholarly credentials, when he was trying repeatedly to challenge Green’s idiotic contention that a Muslim isn’t qualified to write about Jesus. This means, concludes Franck, that Aslan can’t be trusted, so Green was right all along. His book should be ignored.

Nitpicking others’ arguments is not the same thing as “critical thinking.”  That involves nitpicking your own arguments.

This applies nicely to Franck’s attack on Aslan.

Aslan said, off the cuff and while being badgered by Green,

Here is Franck’s claim that this was an intentional misrepresentation:

“Aslan does have four degrees… a 1995 B.A. in religion from Santa Clara University, where he was Phi Beta Kappa and wrote his senior thesis on “The Messianic Secret in the Gospel of Mark”; a 1999 Master of Theological Studies from Harvard; a 2002 Master of Fine Arts in Fiction from the University of Iowa; and a 2009 Ph.D. in sociology from the University of California, Santa Barbara. None of these degrees is in history, so Aslan’s repeated claims that he has “a Ph.D. in the history of religions” and that he is “a historian” are false.  Nor is “professor of religions” what he does “for a living.” He is an associate professor in the Creative Writing program at the University of California, Riverside, where his terminal MFA in fiction from Iowa is his relevant academic credential.”

Nonsense. If Aslan was putting what he said on his curriculum vitae, Franck would have a (small) case. As a spontaneous summary of his credentials to a hostile interviewer who was determined to discredit him, what Aslan said was inexact but unobjectionable, and accurate enough. The Ph.D. wasn’t just in sociology, but in the sociology of religion. Aslan is a historian: he has written four books about religious history. The sociology of religion is in fact the history of the sociology of religion: so Aslan shortened that into the history of religion. So what? Who was he trying to mislead? Who among is audience could explain the difference? I certainly can’t. The point he was trying to make was that regardless of his Muslim faith and Green’s insulting contention, he is eminently qualified to write the book in question…and he is. Even Franck doesn’t seem to dispute that.

Ah, but Franck’s claim was just what the Fox groupies needed to show that Green was just being bullied by the leftist media. Drudge linked to it; Instapundit highlighted it. Talk radio picked up on it.  Dozens of conservative blogs linked to it. See? She was right! He’s a fraud! The whole approach is to muddy the water, throw up dust, confuse the issues so the casual member of the public who actually has a life and doesn’t pay close attention to the details, just shrugs and goes to Netflix.

Of course, even as they do it themselves, the Right foams with anger against the Obama Administration’s employment of exactly the same tactics to put the public off the trail of the IRS scandal, Obamacare’s problems, the stalled economy, and other embarrassments.  They are right to be angry, but they are also contributing to the culture of public discourse that permits spin, personal attacks, lies, distortions and nitpicking to make coherent policy debate and government accountability impossible.

If conservatives can’t even be honest about what a wretched and unfair interviewer Lauren Green is, they don’t care about enough about being honest at all. They just care about winning—whatever that is. They, not Reza Aslan, are forfeiting their credibility.

7 thoughts on “Lauren Green vs Reza Aslan Aftermath: Attack Of The Spinners”