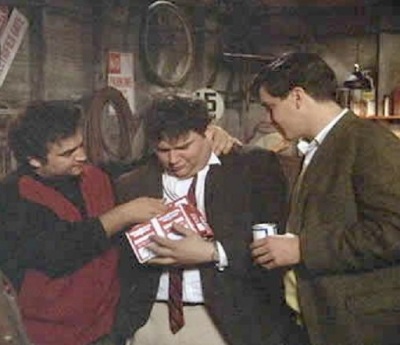 The U.S. Postal Service, virtually insolvent and incapable of doing anything about it, wasted $31 million in 2000 on a four-year contract sponsoring Lance Armstrong and his cycling team. Why? Search me. Still, it was , the Service says, paying to endorse champions, not cheaters, which is what Armstrong and his team were. Now Postal Service is joining a false claims lawsuit, claiming that Armstrong and the team defrauded the government and violated their sponsorship contract by using performance-enhancing drugs. The Postal Service filed the suit shortly after Armstrong finally admitted that what had been alleged for over a decade, what he had denied and sued over and attacked and protested and postured indignantly in pained and defiant terms was, in fact true. He had used illegal and banned substances and methods on the way to his epic success, hero status and world fame.

Armstrong is also a crook, taking millions from the Post Office and other sponsors who believed he was a real champion rather than a phony one. It would be nice, inspiring even, if just one lying, cheating miscreant voluntarily returned the millions he acquired through dishonest means, rather than using those millions to hire super-lawyers to allow him to keep the ill-gotten gains. Lance, however, bottom of the ethics barrel-scum feeder that he is, would not be my most likely candidate for such a noble display. Indeed, he is living up to my low expectations.

Lance’s lawyers have asked a federal judge to throw out the lawsuit, arguing that the U.S. Postal Service got what it paid for from its sponsorship of him and his team. “The government wanted a winner and all the publicity, exposure, and acclaim that goes along with being his sponsor,” the  court filings argue. “It got exactly what it bargained for.” Since the government was aware  of investigations into allegations that his team was using performance-enhancing drugs at the time of the contract was signed, Armstrong is claiming that it is too late and disingenuous to say they didn’t know he and his team was dirty.

Or, as Otter memorably says to Flounder after the Deltas wreck his brother’s car in Animal House, “You can’t spend your whole life worrying about your mistakes. You fucked up!  You trusted us! ”  True, Lance was playing the virtuous champion smeared and unjustly persecuted, but come on. Who was stupid enough to believe him? I mean, other than just about everybody?

Armstrong is making the clever but miserable argument that  the U.S. Government’s quest for burnishment by association with a winner was  successful whether the winner was cheating or not, and furthermore, the government didn’t care which it was. Who knows—the defense may work. It’s slimy, and cynical, and Armstrong is trying to get away with defrauding the American taxpayer, who were also robbed by the inept Post Office wasting their money on bicycle racing sponsorships in the first place. Whether it works or not, let’s hear no more—ever-–about Armstrong being contrite, or full of regret, or remorseful, and most of all, let us never hear about how everyone deserves a second chance. Here was a second chance to do the right thing and return money he took under false pretenses from his country.  He doesn’t want the chance, thank you–he wants the money. That’s Lance.

Armstrong is a sociopath motivated by greed and self-interest. He isn’t a patriot, he isn’t a hero, and he doesn’t have a noble instinct in his body. Congrats, Lance, you scammed the pathetic Postal Service, and got the government to waste more money.

What an awful human being.

18 thoughts on “When The Incompetent Meet The Corrupt: The U.S. Postal Service vs Lance Armstrong”