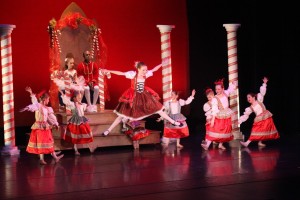 The victims of Washington DC values and priorities. AU must be so proud…

Full disclosure: In the past I have been an American University (in Washington, D.C.) employee, teaching legal ethics for a couple of semesters at its Washington College of Law. If I was still an adjunct professor there, I would resign and lead a protest against the despicable, callous, unethical actions of  A.U administrators, and, as I will explain later, I know just how to do it. Later. First, the tale of AU’s disgrace:

President Obama, understandably desperate to address his falling poll numbers in the wake of the dawning realization that 1) his administration is a mess, 2)  he doesn’t really do anything, 4) the health care law he has been selling is dysfunctional, dictatorial and expensive and 5) he lies, is hustling to shore up his base, conveniently identified as anyone who can watch his 24-hour cable shill, MSNBC, for five minutes without laughing or getting nauseous. Thus his staff whistled up loyal sycophant Chris Matthews, he of the “thrill up my leg” Obama fixation, for an exclusive interview this week. This is a blatant political appearance, make no mistake about it. MSNBC is not a legitimate news organization, is intentionally and by design biased in favor of all things related to President Obama, and in Matthews, the President could not possibly have a less objective or more fawning foil.

To be clear, I do not impugn Matthews in any way for answering his master’s call. Any journalist would leap at the chance for a one-on-one interview with any President, so the arrangement does not reflect badly on Chris in any way. It reflects badly on the President, as virtually everything does of late. A transparent, honest leader truly interested in leveling with the American public would seek out an objective, professional journalist who would have the integrity and the courage to ask tough (but fair) questions, someone, say, like Chris Matthews before MSNBC became a textbook example of unethical journalism. To be fair, this is easier said than done, but under no circumstances would such a search ever end with Matthews 2013 and MSNBC.

Thus enticed, MSNBC contacted American University to inquire about a venue that would allow predictably Obama-addicted (and probably pre-screened for latent skepticism) college students to cheer on the Chris and Barack Show. This is the holiday season, and D.C. area theaters, arenas and auditoria have been booked for many months to accommodate pageants, concerts, “A Christmas Carol” variations and other festive fare. Finding a venue that could accommodate POTUS at such short notice is a daunting task, and thus it is unfair to fault MSNBC staff for inquiring about the availability of AU’s Greenberg Theatre Wednesday and Thursday of this week.

The theater, however, was not available. It had been booked a long time ago, as it has for the past eight years, by a local children’s ballet school, Ballet Petite, for  the crucial week of rehearsals, (known in the field as “tech week”) and  performances of its annual production of “The Nutcracker.” The performances are sold out, and as anyone in the performing arts knows, losing an hour of theater time, much less a full night of it, in the days approaching a complex theatrical production qualifies as a catastrophe—and that is true even with a cast of adult professionals, never mind little girls. Moreover, the two nights requested by MSNBC were the nights directly preceding the first of two performances: final tech and dress. Losing these rehearsals kills a production, any production, practically speaking, and kills it dead. American University had no reasonable, fair and ethical option other than to tell MSNBC that, unfortunately, the venue was committed, and that Chris Matthews would have to find someplace else for his special edition of the “Hardball College Tour.” This is the easiest decision in the world.

Not for American University, however. It decided that serving the needs of a for-profit progressive propaganda broadcast service’s program justified wrecking a small dance school’s major event of the year, undermining all the work, hope and care that the schools and its tiny students had devoted to it, and disappointing all of their parents as well. It kicked the Ballet Petite’s production out of the theater, informing the shocked group with  an e-mail Tuesday announcing “an issue” with this Wednesday’s  and Thursday’s technical and dress rehearsals “We unfortunately must cancel these dates at the Greenberg Theatre. . . . We’re fully aware of the ramifications and grief this may cause at this late date.”

“They did not ask,” said artistic director Melissa Carney. “They told us.”

The message was a lie, you know. Under no interpretation could it be said that American “must” cancel those dates. It chose to do it, as disgusting as that decision was.

Understand: MSNBC, Matthews and Obama had other options, including postponing the interview. If there’s one thing the President can do at the drop of a hat, it’s talk. This was no emergency, or deadline driven event. Indeed, if something happened on Thursday—an attack on a US diplomatic outpost, to take just a wild hypothetical—the President would have to cancel his own interview. For the ballet dancers at Ballet Petit, however, those days mean everything.

There is no ethical system by which the actions of American University can be defended. Every stated desire of the President of the United States does not outweigh the interests of ordinary Americans: this is no legitimate application of utilitarianism. The President wants to spin, and that’s fine, but he does not have to hurt little girls to do it. Perhaps even he would agree with this; I am assuming that the President was not aware of what AU was willing to sacrifice so he could send more thrills up Chris’s leg while the Obama Youth cheered. If he became aware of it now, he should have done the obvioulsy right thing and told Matthews and MSNBC that the deal was off, and then told American University that it should be ashamed of itself.

I must admit, I do not comprehend the mental processes of any college official who would think kicking a kids’ ballet troupe in the teeth to achieve some national exposure is anything other than a breach of decency, compassion and common sense.

Melissa Carney sent an eloquent letter of protest to Chris Matthews, which you can read here. It concludes,

“My staff and I work tirelessly to create a nurturing environment with challenges that build confident and beautiful dancers. We are all very concerned about how this change in the schedule will affect their experience,” Carney added. “I hope you will take this situation into consideration when scheduling venues in the future.”

This is too mild, too polite, and directed at the wrong party. Matthews is the guy in the middle, as is MSNBC. The proper addressee would be the White House, or American.

It is too late, since Wednesday has been lost and the interview is tonight. But I know what I would have done if this had happened to one of my productions, because I have done it, twice, in fact. One of the episodes will suffice.

When I was a sophomore, an MIT student group engaged me to direct a large production—cast of 47, full orchestra—of the Gilbert and Sullivan operetta “Patience.” It was going to be (and was) a spectacular production, with many professionals among the leads, and a very talented group of students and amateurs from around the Boston area. Right before tech week, the student president of the group shakily informed me that he had been told by the MIT brass that radical author Jean Genet had announced that he would be visiting the campus as the guest of the Black Panthers, and that group’s student chapter had demanded that the administration make Kresge Auditorium–our performance space that week, with three sellouts—available for Genet to speak. This being the tense sixties, Genet being an international celebrity and MIT being run by weenies at the time, the University capitulated. Despite being scheduled to have that space for a final dress rehearsal for a year, we were told to vacate for the Black Panthers. The group’s president actually wept as he told me.

I demanded, and got, an emergency meeting with the Dean responsible for this outrageous decision. The gist of my message to him: “This is wrong and unfair, and we will not stand for it. Our rehearsal will go on as scheduled, and unless you want an embarrassing, potentially violent incident involving a clash between black radicals and a bunch of white theater nerds, you stick to your decision. We will show up, we will try to take the stage, and it will be ugly. And I guarantee there will be press there, just as I guarantee that I will be ready to explain why this happened, who was responsible, and how unnecessary it is. Your choice.”

MIT told Jean Genet and the Black Panthers that they would find them another space. They did. My  rehearsal went on. The show was an epic success. Yes, I was banned from the MIT campus, and no non-student director was allowed to helm future productions. This was, however,  just as the American University outrage is, an example of the kind of intentional wrong that demands confrontation. MIT knew its decision was wrong, but it was the path–they thought—of least resistance, and solved a problem Unless designated victims refuse to let such  unethical solutions prevail without consequences, cowardly bureaucrats with flexible principles will accommodate those who are more powerful, not those who are in the right. That is what American University has done, and they did it to little girls.

It should not be allowed to get away with such reprehensible conduct unscathed.