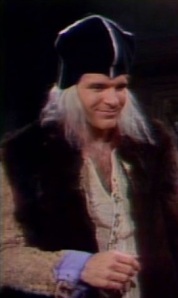 Disclaimer the first: I’m not an attorney, nor do I play one on TV. Disclaimer the second: I have no knowledge of Texas law regarding juvenile justice, nor do I have any knowledge of Texas state law regarding negligent vehicular homicide, nor do I have any real knowledge of that state’s laws regarding DUI, homicide, manslaughter or murder. And yes, I know the difference between murder and negligent vehicular homicide, and I am also aware that young Mr. Couch is a minor. Disclaimer the third: I have not read Judge Boyd’s actual ruling, nor have I seen actual video of her sentencing. If someone could provide a link to that (if a link exists), it would be appreciated. That being said:

Regarding point 1, Prof. Marshall says: ” I have no idea whether Judge Boyd’s sentence was appropriate or not, and neither do you, nor does …[anyone else] that didn’t sit through the trial.” Fair enough, at least in part: none of us on either side of this issue heard all the testimony given or all the evidence. The vast majority of people commenting on this are also presumably not attorneys. However, to this layman (and to many others), something tastes horrible here. Four people are dead, at least two others are seriously injured (at least one for life), and Mr. Couch’s actions are not to be given light consideration as simple negligence. No, this isn’t murder – presumably young Mr. Couch didn’t see people on the sidewalk and tell his friends, “Hey, watch me mow these people down!” However, Mr. Couch began the evening by ingesting Valium and committing a minor crime (theft). Mr. Couch then drove while intoxicated, a very serious criminal offense, and proceeded to cause by his actions the deaths of four people. Now I may not be an attorney, but to this layman that seems like pretty serious business. Had he been an adult, this almost certainly would have garnered him time in prison. Again, I don’t know what Texas law calls for in a case of negligent homicide, but it doesn’t seem like the sort of probation Mr. Couch received is par for the course.

Regarding point 2 and the defense’s use of “the affluenza defense”: it’s true that we don’t know if this had any bearing on the judge’s decision. However, it should be duly noted that affluenza is not a recognized mental disorder – it’s not in the DSM, and as Anderson Cooper rightly pointed out, we used to call that “being a spoiled brat”. No, it’s junk science, no different than Scott Brown and his cohorts arguing that Couch was demonically possessed or that little gremlins grabbed the wheel and forced him to kill four people, or that his astrological sign made him do it. Of course Brown has an obligation to serve the best needs of his client, but this is stretching it more than a wee bit.

Regarding point 3: isn’t referring to one of the sources as “reliably truth-challenged” an ad hominem argument? Besides, suppose the blog in question (an opinion blog with a political bias) is wrong 80% of the time, it doesn’t necessarily mean it’s wrong this time. Logical fallacy, professor… Also, the judge did agree with the defense that rehab and probation was warranted, so at least in one sense she “sided with” or “bought into the arguments of” the defense. Given the treatment of other defendants who have caused the deaths of others (and yes, I’m aware those engaged in deliberately violent behavior), I’m inclined to believe that Mr. Couch’s demeanor in court, the fact that he may not have looked like others, and that he could afford much better attorneys than other defendants *might* have entered into Judge Boyd’s decision. In any case, you have to ask whether justice was served, and I think what angers so many (myself included) is that Mr. Couch is going to a facility that looks like a luxury hotel, complete with horseback riding, yoga, and cooking classes – Dr. Dick Miller indicated that “they’ll take his XBox away from him” during his interview with Anderson Cooper on CNN. Cry me a river…

Point 4: I’m glad the judge indicated that Couch was responsible for his actions, I only wish the sentence would have been commensurate with the gravity of his actions. Whether the parents are footing the bill or not is something that doesn’t concern me, and it could well be that they have enough wealth that $4.5 million over 10 years may be a minor hiccup financially. As you pointed out, Judge Boyd also told the families of the victims that no sentence could ease their suffering. Fair enough, but this sentence was hardly a balm, and at least on the surface it looks like it doesn’t serve justice. Maybe the judge is playing 10th dimensional chess or something, but I don’t really see any evidence that Couch is being held to account for his actions. I sincerely hope I’m wrong, but I also don’t see anything but the good word of Dr. Miller that this program will turn Couch into a responsible person.

Point 5: See above regarding the toughness of the sentence. I’m not inclined to believe that horseback riding and yoga and cooking classes in a facility that looks like it deserves a couple of Michelin stars is “tough.” My apologies if your mileage varies.

Point 6: This is where I think the theory of justice employed by the judge and the other cases involving strong sentences is relevant. I don’t necessarily *disagree* with the sentences given to the others (and again, I recognize that they were acting violently and Couch was acting with reckless disregard and negligently). However, I disagree with *this* sentence. On the notion that Couch got this sentence because of his family’s wealth: it looks like a certain fowl and it walks like one: it may not be a duck, but it sure as hell is quacking like one.

One final note regarding the judge’s ethics: does she not have an obligation to the ideal of “equal justice under law,”a notion that’s enshrined in the Constitution under the 14th Amendment and inscribed at the entrance to the US Supreme Court building? It would be instructive to see how she has handled any other juvenile DUI cases. As it stands, this verdict is one that, at least on the surface, doesn’t look like it either serves justice or equal protection under the law.

Thank you for your time.

I’m back. regarding Theo’s first point: I agree completely. At a gut level, the sentence feels wrong, and a gut level is where most of its critics and much of the news media seems determined to stay. I have never said that I liked the sentence, or that I would have duplicated it, were I the judge. Regarding the second point: I think calling “affluenza” a condition was a stretch indeed, and reportedly the psychiatrist whop used the term now regrets it. I don’t think it is at all a stretch to say that a child’s family and upbringing have left him without any sense of ethical values, compassion or responsibility, and that is really all that was being alleged here. The same defense has been made, and accepted, routinely on behalf of ghetto kids and children raised in unstable families. I think it’s framing was junk; the argument itself is well within ethical bounds. Regarding point three and the Daily Kos: there is no such thing as an ad hominem argument against a source. The Daily Kos is an unreliable source, biased, dishonest, and untrustworthy. I so stated up front. I had already stated that the representation of the sentence was misleading, and was not using the previous record of the Kos to prove  anything. My description of the site as “reliably truth-challenged” simply meant, in context, “They do this stuff all the time.” And so they do. As for the fact that the judge “did agree with the defense that rehab and probation was warranted,” that is insignificant. Every defense attorney wants that; it’s not an argument, it’s an objective. The news stories all used the “sided with” wording to suggest that Boyd “bought” the affluenza defense. That was misrepresentation.

On point four, I don’t disagree with Theo’s thoughts here at all. I do think the chances of Ethan being reformed by the judge’s formula, however slim, are better than his chances being sent to prison until he was a middle-aged man, his life ruined. I don’t have a lot of hope for him.

Point five: I think this is just wrong, and shows unfamiliarity with treatment centers. Yes, the expensive ones try to make the experience less miserable than they might be, but if the place isn’t a sham, it will not be any fun. The question is, will it have the desired effect? We shall see.

I think point six is misconceived as well. All sentencing guidelines emphasize tailoring the sentence to the individual and the facts of the particular case. I have not seen an example raised that would sustain an “equal justice” challenge. Show me another teen in a drunk driving vehicular homicide case who the same judge sends away for a decade, and I might be convinced. The real conundrum is this: if comes before the same judge a poor, black defendant, like Couch but poor and a minority,  whose parents cannot afford the private treatment, and Boyd is convinced that the state programs don’t work, would her decision to sentence that kid to prison as the best option available be evidence of bias, or evidence of pragmatism?

36 thoughts on “Comment of the Day: “Ethics Observations On The “Affluenza” Sentence””